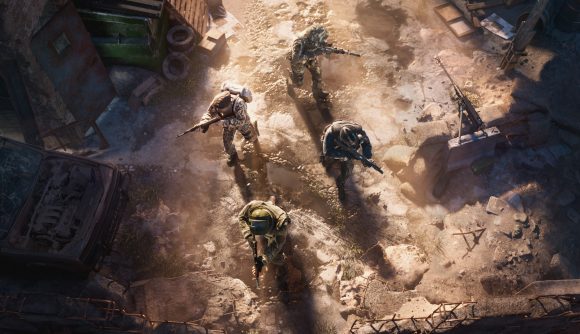 You might not have heard about Thunder Tier One much before, apart from the game being a test bed for PUBG features. Well, if you like  tactical shooters, you might be interested to know that Krafton's new game is having its first public-facing beta this weekend and you could be a part of it.

Thunder Tier One's Bravo is a top-down tactical shooter set in the nineties where players lead elite military teams through a series of solo and co-op game modes. In the preview, which is open now until 9:00 PST /  12:00 EST / 10:00 BST Sunday (August 1), players will have the chance to experience two new online game modes called Exfil and Domination, as well as thee campaign missions – Silver Dew, Cold Stone, and Blue Typhoon.

Exfil and Domination will be of particular interest to competitive FPS games fans. Exfil is a 5v5 PvP mode where the defending team must prevent the attacking team from exfiltrating a package. This mode consists of ten rounds and is a race to six rounds.

Domination, on the other hand, is a four player co-op mission which will have you racing against the clock to defend against potential counter-attacks.

If all that sounds good, complete the actions via the Gleam widget below to nab yourself one of the 150 Steam codes.

Once you’ve completed those actions, the widget will give you a code, which you’ll need to redeem via Steam to play the game.