The story of Them’s Fightin’ Herds has been one of constant transformation and adaptation. The indie fighting game developer Mane6 originally created My Little Pony: Fighting is Magic, which featured characters from the television show My Little Pony: Friendship is Magic. Hasbro, the owners of the My Little Pony license, weren’t too keen on the idea of its characters brawling and sent a cease and desist letter to Mane6, putting a stop to the game. However, the game’s exhibition at Evo 2012 showcased that it was too unique to ignore.

After a crowdfunding campaign and help designing new characters from show creator Lauren Faust, Mane6 was able to bring Them’s Fightin’ Herds to launch in April. Shortly after, the game was one of four fighting game titles selected to be a part of the first ever Evo Online. It caught the attention of the masses, but then suddenly, Evo got caught up in controversy and had to cancel its mainstay event for the first time since its rebrand in 2002. Once again, Mane6 found itself in a familiar position, having to take its potential directly to the fighting game community to make something special. The result is a new online tournament called The Great Stampede.

Getting the nod to be a part of Evo Online didn’t come as much of a surprise to Mane6 or its president and production director, Aaron Stavely. “We have GGPO, rollback netcode, and only the games that have similar tech were really going to be viable competitively at the scale that Evo Online was going to be,” he tells The Loadout. What did come as a surprise was that only four games were chosen.

“That was pretty crazy,” Stavely says. “We thought that they were going to put in maybe eight or nine different games. When we saw that we were going to be only one of four titles, that was quite a shock. A good shock mind you – it was pleasantly surprising. Everybody that was on that roster deserved to be there.”

A spot at Evo can do a lot for the perception and marketability of fighting games. When asked if being Evo affected interest in the game, Stavely’s answer is straightforward. “Absolutely it did,” he replies. “Combined with the fact that we had released our 1.0 version a few weeks prior, the Evo announcement really compounded.” 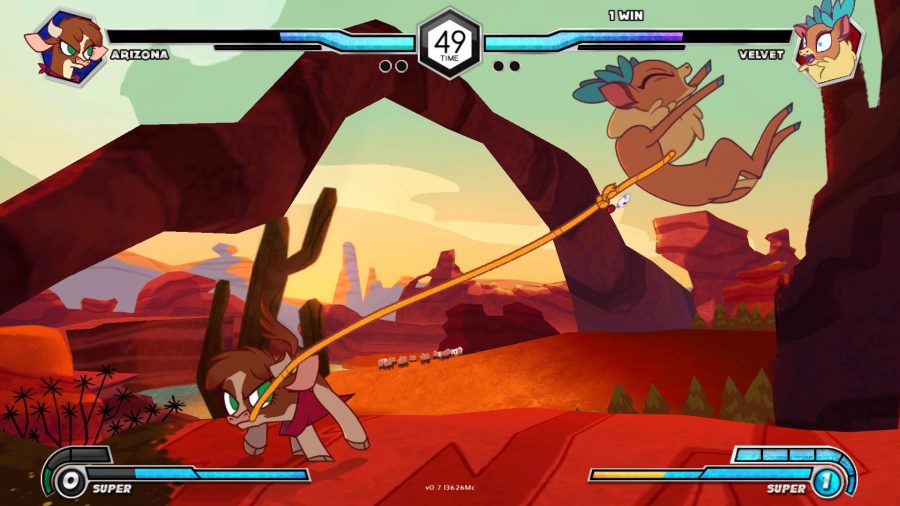 One of the reasons for its popularity is, like the four games that were chosen for this year’s Evo, Them’s Fightin’ Herds is routinely praised for its online capabilities. Many of the most popular games like Street Fighter V and Tekken 7 have had complaints about the stability of online play and the lack of proper lobby systems and features. Even games that have been set for release this year, like Guilty Gear Strive, have delayed their release to develop better rollback systems.

The demand for proper netcode implementation is there and Stavely thinks there’s a future where it can be better. “I think that with the next generation of fighting games we are going to see the integration of rollback netcode,” he says. “It’s important now and once it’s integrated into their pipeline, it will be there for next generations.

“There hasn’t necessarily been enough of an incentive for the larger companies to include rollback netcode until now, but now that they are more pressured by the community to include that as a feature in their game, they’ll develop their own systems for doing it probably, and once it’s in, it’ll be in.” 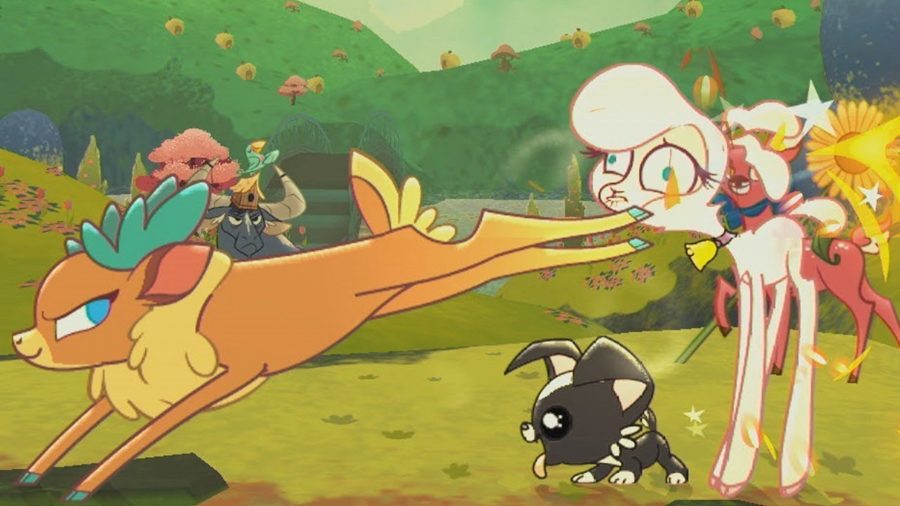 Unfortunately for the FGC, netcode has not been the only issue that the scene has had to contend with this year. A wave of past sexual harassment and sexual misconduct allegations came to light, including a set of allegations that involved former Evo CEO, Joey Cuellar.

In the moments these allegations came to light, Stavely and the Mane6 team were monitoring the situation and began planning their next move. “We were considering the option of pulling out because things were starting to look pretty bad,” Stavely admits. For an indie developer with much invested in the game’s presentation on a global stage, the decision wasn’t going to be easy. Instead of jumping the gun and potentially making a misstep, the team opted to have its voice stand in solidarity with fellow developers.

“We were definitely seeing that there were things happening that we didn’t like, but we also didn’t want to be the first people to pull out because we don’t really have the… I want to say clout for that,” Stavely says. “We definitely wanted to, but we were sort of waiting to see if anybody else was going to do it first. Once Bandai Namco and Netherrealm pulled out we were like, ‘Ok, now it’s time,’ because we wanted to show support for them, but have them sort of lead.”

“Basically as soon as Netherrealm dropped that they were pulling out, we had a statement already prepared ahead of time and we just dropped ours. We felt the same as Netherrealm before they announced, but we wanted them to do it first.”

Evo has since moved another one of the co-founders of the yearly event, Tony Cannon, into the role of CEO. Cannon has a lot to do to restore the FGC’s faith in the company, something Stavely admits will take time. “I’m not sure what else there is for them to do rather than just start making events again and having the events be successful,” he says. “It’s really just going to take time and consistently good behavior coming out of Evo for this to reestablish people’s trust again.”

The idea of a large scale global online tournament with Evo is dead for now, but if there’s ever a future for that type of event, Stavely says that Them’s Fightin’ Herds will be there. “I would imagine that by the time Evo is ready to host another online tournament, things will have cooled down a bit and they would have made significant strides in insuring the community about the safety of the management team. So yes, we would be a part of that event. We would show support to the Evo crew.”

However, for now, Mane6’s focus is firmly on The Great Stampede, and luckily for them, a lot of Evo entrants have decided to stick around. The event, which will take place this weekend, will act as a barometer for the potential of large scale international online tournaments. Plus, it’s territory that Stavely is confident the Them’s Fightin’ Herds community can handle. 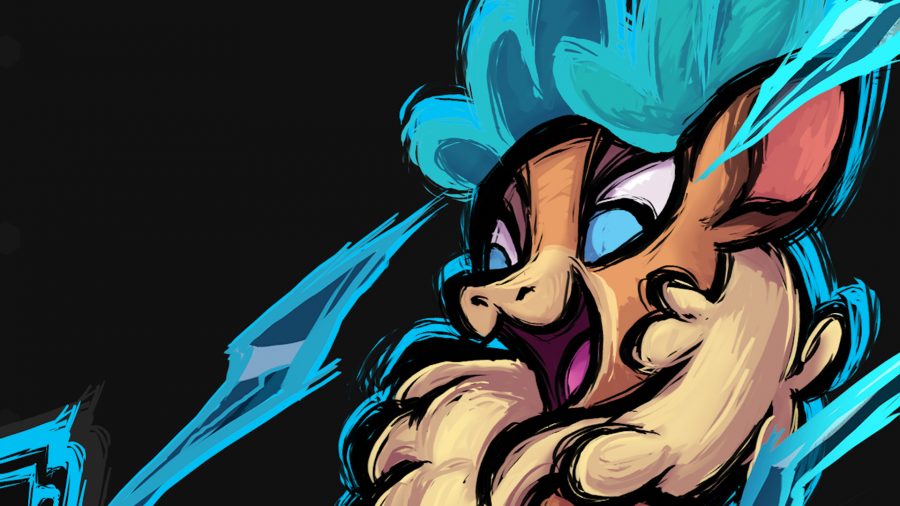 For the Grand Stampede, Mane6’s mission was scaling up the event in the absence of Evo’s glow. Along with hiring more staff to meet demand, Mane6 has leaned on industry members who have Evo experience under their belts to give the tournament the best possible chance of succeeding. It’s a daunting task, of course, but one worth pursuing in this current climate.

But that’s not the only thing Mane6 has its eye on. Once the grand champion of the Grand Stampede is crowned, players can expect to get something back from the game they love.

“In addition to balance passes and bug fixes, we also are working on a seventh character – a goat,” Stavely reveals “She was promised during our crowdfund and we’re making good on that now. Development is going along very nicely, and you should be hearing some more information about her very soon. Past that we’ve still got chapters of story mode that we want to do.” 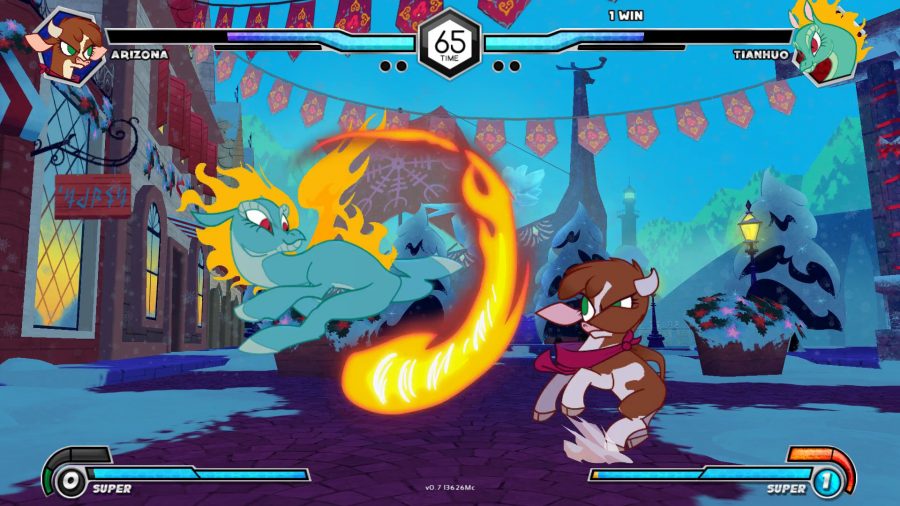 A history of transforming and adapting to circumstances has been the lifeblood of the FGC and Mane6’s Them’s Fightin’ Herds is no different. While Evo Online might have been marred by controversy this year, Mane6 is bringing a unique fighting game experience to fans everywhere to plug the gap left by a mainstay event and Stavely is pumped.

“We definitely want people to check it out,” he says.“All of our top players will be a part of it. There’s no better way to see what our game is capable of than to watch Grand Stampede.”

All the action will be live on twitch.tv/manesix starting August 8.

Brandon is an avid competitive gaming fan who likes to get cozy with a platformer when he's on tilt. He can build a pretty good esports show too.