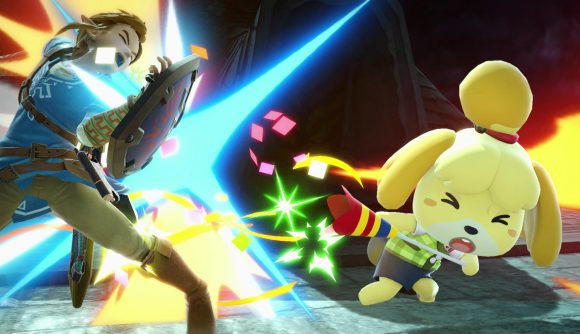 This year’s edition of EVO is set to be transformed into an online extravaganza, and while fans will be treated to five weeks of games and exhibitions, there’s one notable title missing from the lineup: Super Smash Bros. Ultimate.

This year’s tournament was due to take place at the Mandalay Bay hotel in Las Vegas in two months time, but it was cancelled due to the coronavirus outbreak. Now an online version of the show, stretched over five weekends, will take place, but instead of including the full slate of games, it appears organisers have ditched the popular Nintendo Switch game.

While EVO hasn’t officially commented on the decision, many players were quick to point out that they believe the game’s ongoing problems and dodgy netcode are to blame for the game’s omission this time around.

However, there’s still plenty more action for fans to sink their teeth into when the event starts on July 4. As well the staple EVO games, four open online tournaments for Mortal Kombat 11, Killer Instict, Them’s Fightin’ Herds, and Skullgirls 2nd Encore will be held, although signups for these tournaments have not yet been opened.

Organisers hope to bring EVO back to Las Vegas for 2021.