Lights off, headset on – this is the way to play horror games. Except in this one, my DualSense controller rumbles as danger approaches in the form of The Maw, who’s stalking my every move. The lightbar flashes as it gets closer and closer, but I’m able to just sneak my way past it and breathe a big sigh of relief as the music relaxes.

This is the situation most PlayStation 5 users will face when they boot up The Medium for the first time. This psychological horror game is finally hitting Sony consoles this month after its eight-month stint as an Xbox console exclusive. And while the narrative experience is unchanged, some experience-enhancing uses of the DualSense controller, ensure the game makes more of an impression on PS5 than it ever did on PC or Xbox Series X|S.

That’s because Bloober Team has used the DualSense features to its advantage – helping add tension to the walking and exploring that makes up much of The Medium’s gameplay. While the aforementioned haptic feedback for The Maw’s advances had me holding my breath, the enhanced rumble is just as effective when picking up objects. It is also used to great effect when finding the game’s many collectibles, such as Memory Shards which will cause the controller to shimmer and shake as you try to find the right point of reconstruction.

These might be little features in the grand scheme of things, but they really make the difference when it comes to immersion, especially in a horror game.

Add in the lightbar flashing when enemies are close and reflecting how Marianne’s flashlight works in-game, it’s clear that the development team have really thought about how to set the PS5 version apart – even if some of the features are a tad gimmicky. 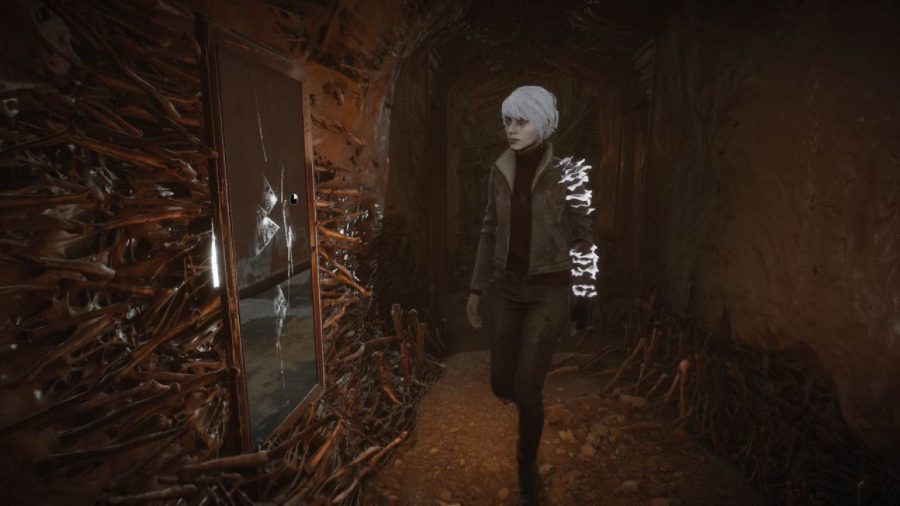 The Medium’s dual-reality mechanic is also just as fantastic here on PS5. Throughout the game, your screen will be divided in half, showing Marianne in the real world and Marianne in the spirit world.

Except on PS5, this mechanic is improved by the DualSense support Bloober Team has excellently implemented. Just like during combat and exploration, transitions between the real and spirit world feel far more impactful than they did on other platforms thanks to the haptic feedback in the controller, which will mimic the transition and the sound effects in-game of that transition, with a large woosh as you move from one world to the other. 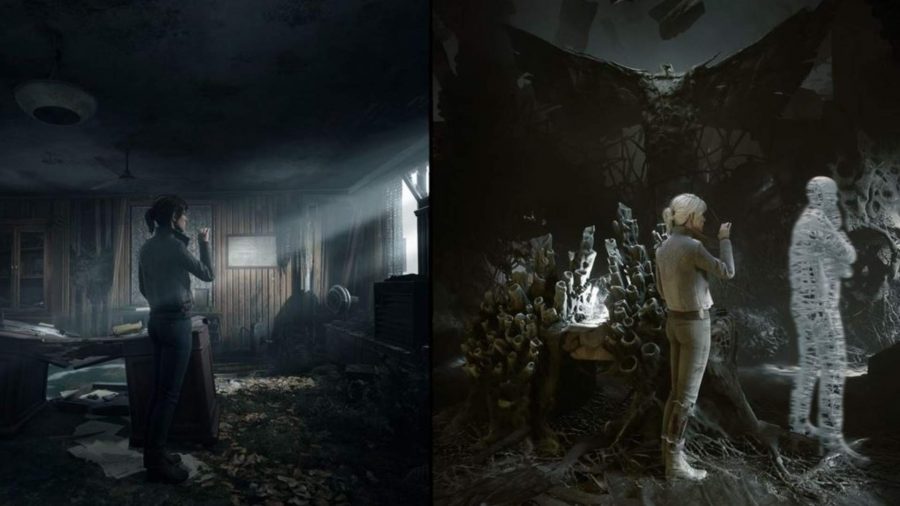 Most puzzles are solved when you are split between these two realities with you interacting with an object in the spirit world or finding a way around a blockade in the real world, such as using the “out of body experience” mechanic that allows you to move freely in the spirit world without having your real body follow your movements.

Only possible on next-gen consoles thanks to super-fast SSDs, the dual-reality mechanic is still one of the best uses of new-gen hardware I have seen so far, and helps to diversify the visuals and gameplay, shifting between the bleak, grey real-world and the orange, dusty spirit world. This mechanic also makes the sometimes obtuse puzzles and frequent technical hiccups more bearable as it is surrounded by a technically impressive feature. 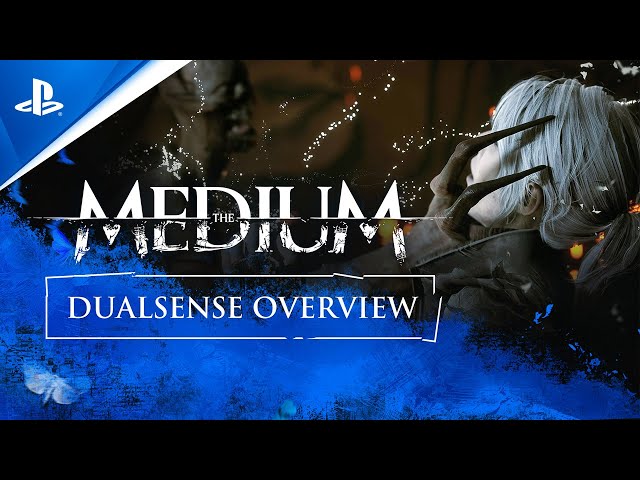 Technically, The Medium really has stepped up a gear on PS5, taking advantage of the DualSense features, providing a much more immersive environment for players. But despite this, and the fact it gives the game a better identity, the Medium on PS5 is still the same clunky horror game that you’ll find on the Microsoft Store, complete with performance problems, framerate drops, and the same unsatisfying conclusion to Marianne’s story.

In short, Bloober’s technical achievements with the PS5’s controller aren’t enough to save it from the game’s remaining stutters and frustrating gameplay sequences. It might give you a quick adrenaline rush and intrigue you with its narrative beats, but it’s not worth rushing to the shops for, even if you are a horror fanatic.

Despite some impressive DualSense implementation, the blemishes embedded into The Medium's gameplay and narrative still show on PS5. While The Medium is an intriguing horror game, it certainly isn't a great one.