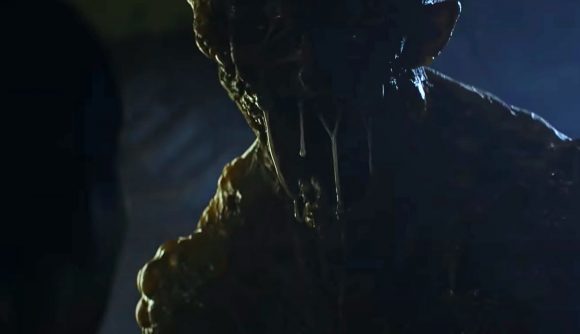 News on the sci-fi horror game The Callisto Protocol, a new IP from Striking Distance Studios, has been quiet for some time now. However, yesterday, news broke that we’re expecting “several” new announcements related to the project in the future. Maybe we will be getting more information on how The Callisto Protocol ties in with being set in the same universe as PUBG or maybe we’ll get more news on that grisly monster we got a first glimpse at.

Glen Schofield, the founder and CEO of Striking Distance Studios, has given Game Informer a look behind the curtain into the world of The Callisto Protocol, unveiling information on the game and how Striking Distance Studios came to be. While we’re yet to see what horrors issue #346 has unveiled, we do know some more details about the man we’ll be playing as.

The protagonist of The Callisto Protocol is called Jacob Lee and he will need to fight his way through hordes of monstrosities as he navigates a suspicious prison atop Jupiter’s second-largest moon. The interview purportedly will reveal a variety of things about The Callisto Protocol, from the gameplay mechanics, to how the tension is created within this sinister prison.

Glen Schofield also states in the same tweet promoting his interview with Game Informer that this was just one of “several” announcements to come. This means we should be getting a lot more information on The Callisto Protocol in the coming weeks. What that information is, we just don’t know yet – could the Callisto Protocol release date finally be announced? Only time will tell.

Got a chance to sit down with my friends at @gameinformer earlier this month & give them a first look at @CallistoTheGame. Check out their cover story dropping on Tuesday. Thanks GI! First announcement of several to come! https://t.co/f1A38fUgdC

So as we wait for more Callisto Protocol news to drop, why not check out the best PS5 horror games to play in 2022 and keep those scares coming.