A nice coat of pastel paint and an upbeat atmosphere immediately gives The Anacrusis some differentiation from the drab streets and zombie corpse-ridden alleys of other games like Back 4 Blood and World War Z. However, as soon as you load into one of the three episodes currently available in this early version of the game, you are hit with a concoction of bugs, wonky AI, dull gunplay, and poor performance.

While The Anacrusis is an early access release, the space station that hosts your battles against hordes of humanoid alien enemies seriously lacks vibrancy and identity, with lifeless corridors and environments that all blend together – a real injustice to this game’s enticing aesthetic. As such, traversing the halls, large staircases, and spacious communal areas feels like wandering the halls of a vacant hospital rather than a spaceship that was once home to thousands of humans all going about their lives. It is drab and incredibly unexciting.

Unfortunately, the gameplay doesn’t do much to liven up the experience either. Gunplay feels woefully poor with every weapon feeling like they have the damage output of an un-pumped water pistol. While you’re offered the typical weapon lineup of a pistol, an SMG, an assault rifle, a shotgun, etc, they all have a similar design with sharp edges and a white and blue colour scheme. As a result this only exacerbates the problems with the underwhelming environment and leads to a unified visual design that doesn’t do the game any favours.

The grenades and utility items, however, do show that Stray Bombay has the potential to craft unique weapons. For example, you can use a grenade that stops the alien-infested human enemies in their place via a forcefield dome. Whilst it is a cool idea, even this doesn’t change the gameplay in any meaningful way. 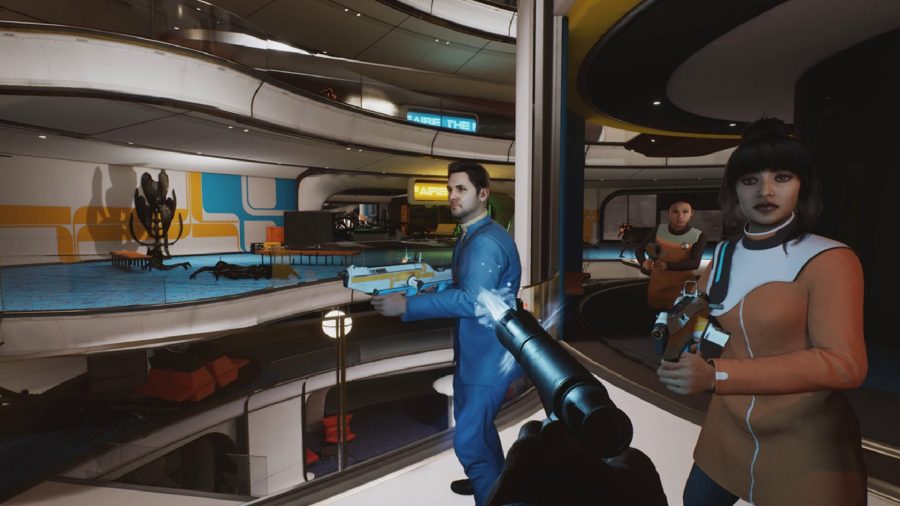 While you use these tools in your arsenal you will be enveloped by a barrage of enemies – all of which, like the rest of the game, lack any identity. There are a variety of special enemy types that play different roles, such as the tanky Brute and the ranged Gooper, but they all look similar when in amongst dozens of your standard grunts all rushing out you.

However, they are all various forms of black blobs that can be hard to distinguish among large groups of alien infestations that are all swarming at you from the same direction.

The Anacrusis’ gameplay just feels drab and dull and the entire time I was playing I would have much rather been playing virtually anything else. Basically any other co-op FPS does what The Anacrusis does better. 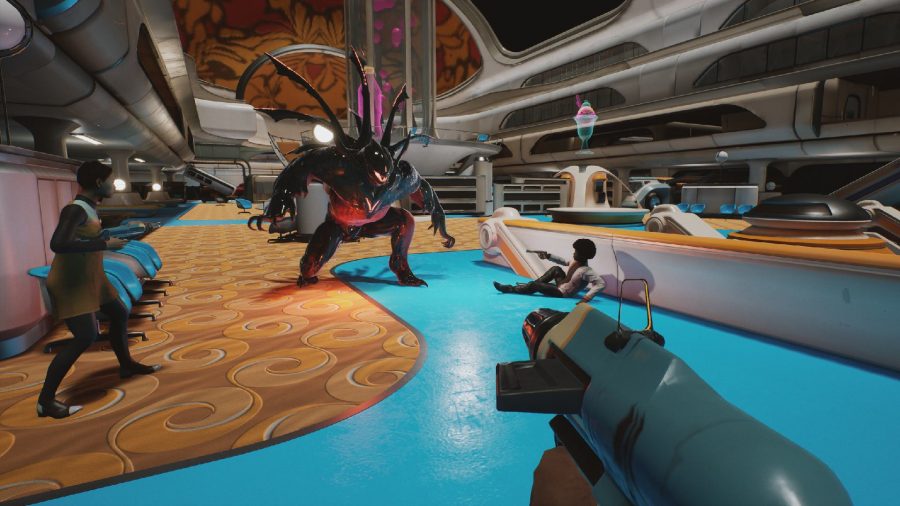 The game is riddled with stutters and random frame dips

That suffering was only enhanced by the game’s poor performance on Xbox Series X. Stutters and frame drops are plentiful, especially when dealing with large numbers of alien mobs up close. But, the problem is pretty much endemic throughout the entire experience.

I had frame drops when standing in the safe room at the start of the mission, when exploring empty rooms, when turning the camera quickly, and even when another player ran in front of me. The game is riddled with stutters and random frame dips and it only added to my lack of enjoyment and excitement with The Anacrusis as I couldn’t go 30 seconds without my game freezing up.

When contacted about these technical errors, Stray Bombay says that it is aware of the performance issues and is already at work trying to resolve them.

“We’ve already identified several performance issues, and are addressing as much of the server-side performance issues as we can prior to launch,” the studio says “We’ll continue to address performance problems as players identify them in patches over the next several updates, as well as throughout the entire Early Access period. The first update, which The Anacrusis players should see shortly after launch, will focus on fixes improving Episode 1 and add visual cues to help first time players along.” 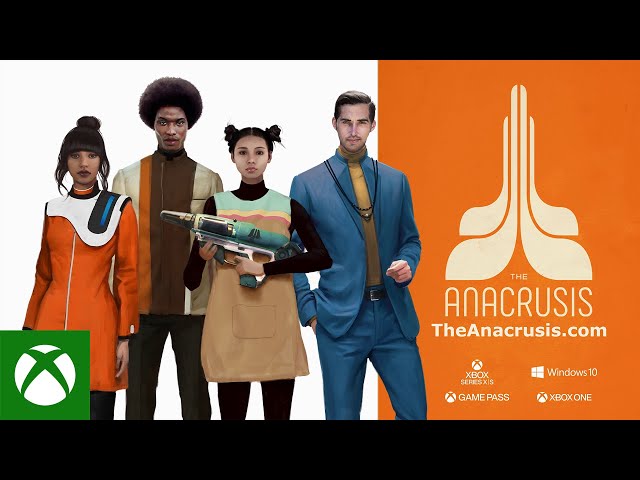 Even if those technical hiccups are solved, The Anacrusis still has a long way to go to become a compelling game that’s fit for a full launch. Coupled with a lack of content and very little that makes you want to replay it, then there is unfortunately no reason why you should play The Anacrusis while it is in its current form.

A plus side is that, if you do end up enjoying what The Anacrusis has to offer right now, there should be a relatively decent player base out there to matchmake with, thanks to the game having cross-play and heading to Game Pass. It could also provide an evening of background entertainment while you and your buddies catch up.

The potential is there to craft a unique setting with some great characters and a fresh tone for the co-op shooter genre. But right now, The Anacrusis is extremely wide of the mark. Hopefully things will tighten up during this early access period and, come its full launch, it will have the gameplay and setting that’s worthy of its enticing concept and aesthetic.

The Anacrusis’ Game Preview launch is plagued with performance issues. In its current form, it also lacks any kind of identity, punch, or vigour. It is one of the most lacklustre games of its genre right now and Stray Bombay has a lot to do to make this the refreshing co-op experience many expected it to be.