Each year at Summer Game Fest and The Game Awards, Geoff Keighley takes to the stage dressed sharply and looking anything other than corporate – a far cry from the 1990s, when he bought a suit to attend E3 to make himself feel older and appear professional. His look has been affectionately dubbed ‘Keighley-chic’ around The Loadout lair, so when we knew we’d be interviewing the man himself, there was only one question truly on our minds: who dresses Geoff Keighley? The answer to that question was far beyond anything we’d ever imagined.

“I have an amazing stylist, Jeanne Yang, and she does like Keanu Reeves, Robert Downey Jr, all these amazing celebrities,” Keighley tells us. “She’s the stylist that picks out the shoes and things like that for all my shows. She’s amazing and has been working with me for a number of years.”

Keighley uses a stylist to help him take the pressure off what is quite a stressful time. The producer has already admitted he lives in a state of constant fear around the lineups for his shows, but with Yang, he has one less thing to worry about. “Jeanne does a great job dressing me every year for the show,” he says. “I just basically walk in and do a fitting with her and I get the cool stuff. Don’t credit me, credit her. It’s fun and I love getting excited.”

Despite now being a household name in the games industry and having the same stylist as Cyberpunk 2077 star Keanu Reeves and Iron Man actor Robert Downey Jr, Keighley started out building his little black book of contacts like pretty much everyone else: by networking. Except, many of those contacts developed into blossoming friendships that he’s kept and maintained over the years, and, as a result, he’s been showered with gifts and opportunities.

“I remember when I was a kid, I went down to 3D Realms and I was in Rise of the Triad; they had me record my voice,” Keighley says. “Peter Molyneux [also] made me a little villager in Black and White that you could throw around. I’m honoured with that stuff. A lot of people ask me ‘how can you do what you do? How do you make it happen?’ It’s really because I’ve known these people for 20-30 years and we’ve worked together. [Hideo] Kojima and I have known each other as very close friends for over 20 years now. So that’s how these things happen.”

This irks some people, Keighley explains, as they wonder how he manages to get exclusives when no one else can, but it’s because he’s been a presence in the videogame industry for so long that he can call most veterans his friend that he gets that level of access. Or, in the case of Hideo Kojima’s Death Stranding, make it into the game itself. 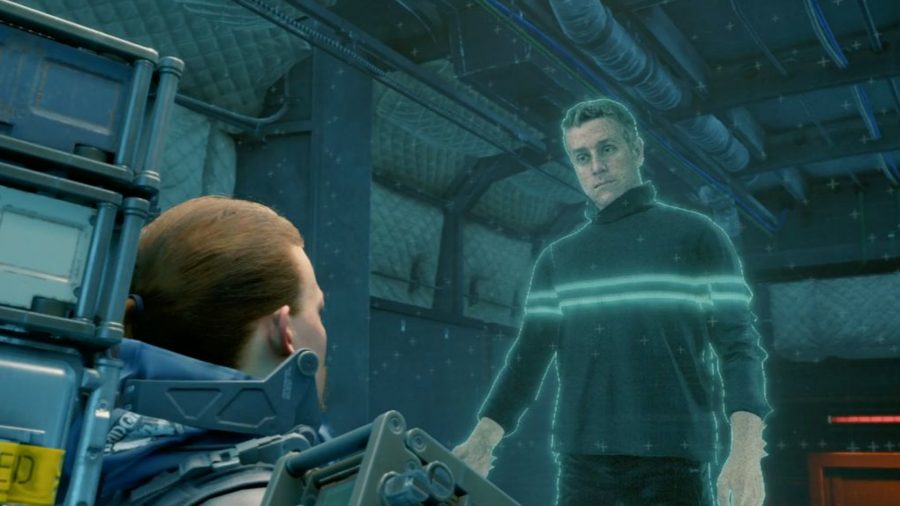 “I never requested that or even knew that was gonna happen,” Keighley says. “[Kojima] just sort of surprised me with that.” He illustrates this point by bringing up the Among Us Geoff Keighley mask. “This is not me cooking up these ideas and pitching them to people. They come to me.” Keighley says he has an open personality and that he doesn’t make money from these collaborations. Instead, he sees his content as “porous”, something that’s highlighted by the fact, he says, that he encourages co-streaming of Summer Game Fest and The Game Awards. “I’m not particularly proprietary about anything, including myself,” he notes. “So that leads to lots of memes.”

It’s clear that Keighley’s friendships mean a lot to him, and he tells us that just as he supported his friends with their games over the past two decades, they came out in support of him when he started The Game Awards. “It’s a really good industry, and that’s why I stay in games,” he says. “I’ve never really wanted to leave [the industry] because I love all the people in it and the collaborations and partnerships that I have with everyone. So, the quest for perfection on these shows is really to do right by all these people who have made my career.”

With that, The Loadout’s time with Keighley draws to an end. We can’t help but come away wishing we had more time with the storied veteran; he has a lot of compelling ideas and opinions regarding videogames, the industry, and its future, and you get the impression that his open and welcoming demeanour isn’t just a persona for publicity – he really cares about games and the people who work with them.

Similarly, when he talks about concepts like the metaverse, there’s a real sense of balance; he knows these things will never fully engulf the gaming world, but he’s excited to pioneer untrodden avenues whether they fail or succeed. 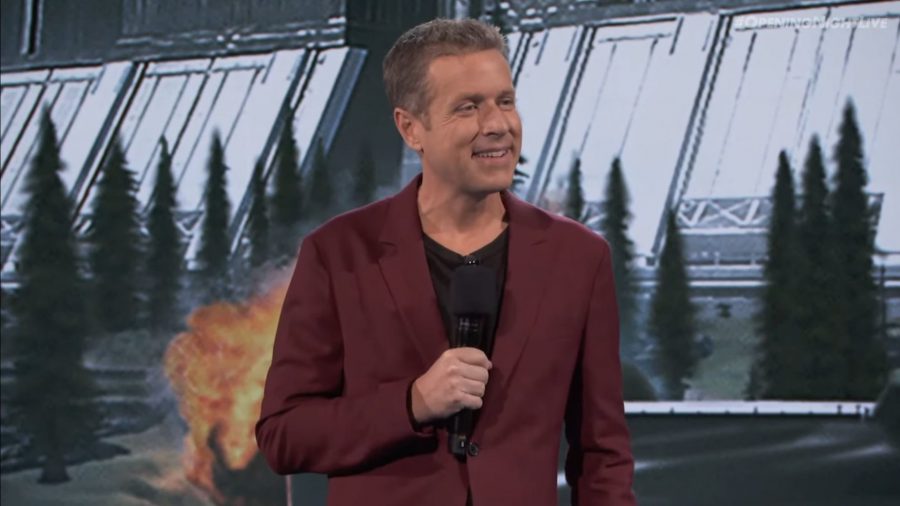 While many see Keighley as a polarising figure in the industry, it’s clear he’s had a big hand in shaping what we know and love today. And, we have to remember that without him, this summer of games would look very different indeed.

This is part three of a three-part series of interviews between The Loadout and Geoff Keighley. Part one covers how Keighley’s Summer Game Fest and The Game Awards democratise the gaming event, while part two is all about the state of the industry, acquisitions, Game Pass, and the future of indie games.