While Elden Ring may be keeping many gamers busy at the moment, that doesn’t mean that you shouldn’t be excited for Stranger of Paradise: Final Fantasy Origin, which comes out on March 18. If it’s on your radar and you’re thinking about buying it, here’s everything you need to know before you order, including information about all the Stranger of Paradise: Final Fantasy pre-order bonuses.

Made to commemorate the 35th anniversary of the Final Fantasy franchise, Stranger of Paradise actually takes us back to the very first game in the series, but gives it a completely new reinterpretation. Instead of a retro, top-down turn-based RPG, you’ve got a new, fully 3D action RPG, with each different area on the world map paying tribute to a past Final Fantasy game.

The game has been described as ‘Souls-like’, so if you’ve been enjoying Elden Ring and would love to see the formula applied to the long-running Final Fantasy series, this could be the game for you. Team Ninja, the game’s developers, are renowned for creating fantastic combat systems, so this is sure to be a game that is both challenging and rewarding.

If you’re planning to pre-order the game, there are a few different Stranger of Paradise: Final Fantasy Origin pre-order bonuses available to you. Here’s an overview of each edition and the pre-order bonuses that they’ll get you: 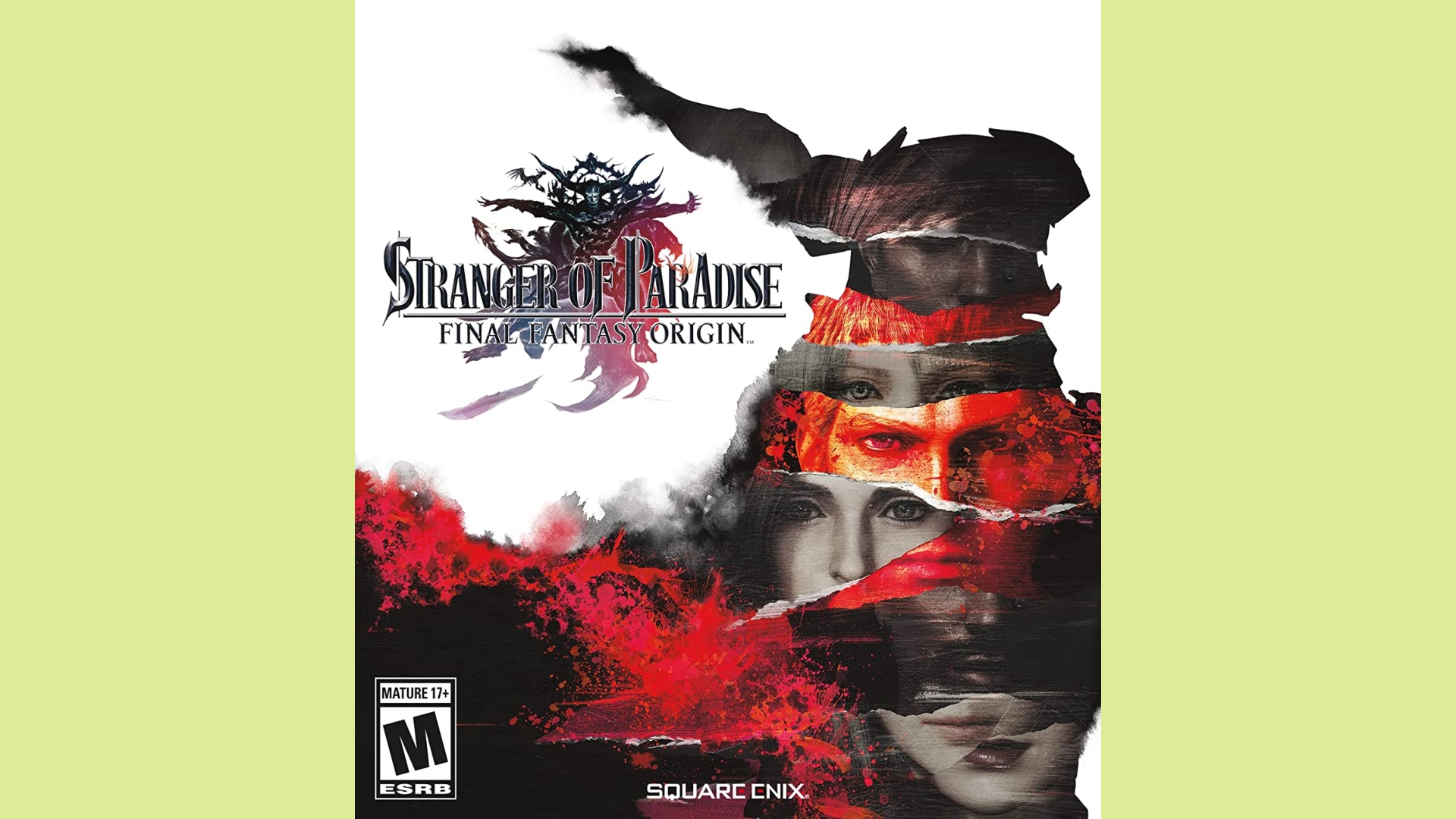 Available on PS4, PS5, Xbox One and Xbox Series X/S the standard pre-order will get the physical copy of the game to your door on the day of its release. On top of that, you’ll also be rewarded with a nice early purchase bonus – the Rebellion weapon. It’s always good to get a leg up on your weapon stash with a game like this. Also worth noting is that if you pre-order physically from the UK retailer, Game, you’ll get an exclusive steelbook edition. 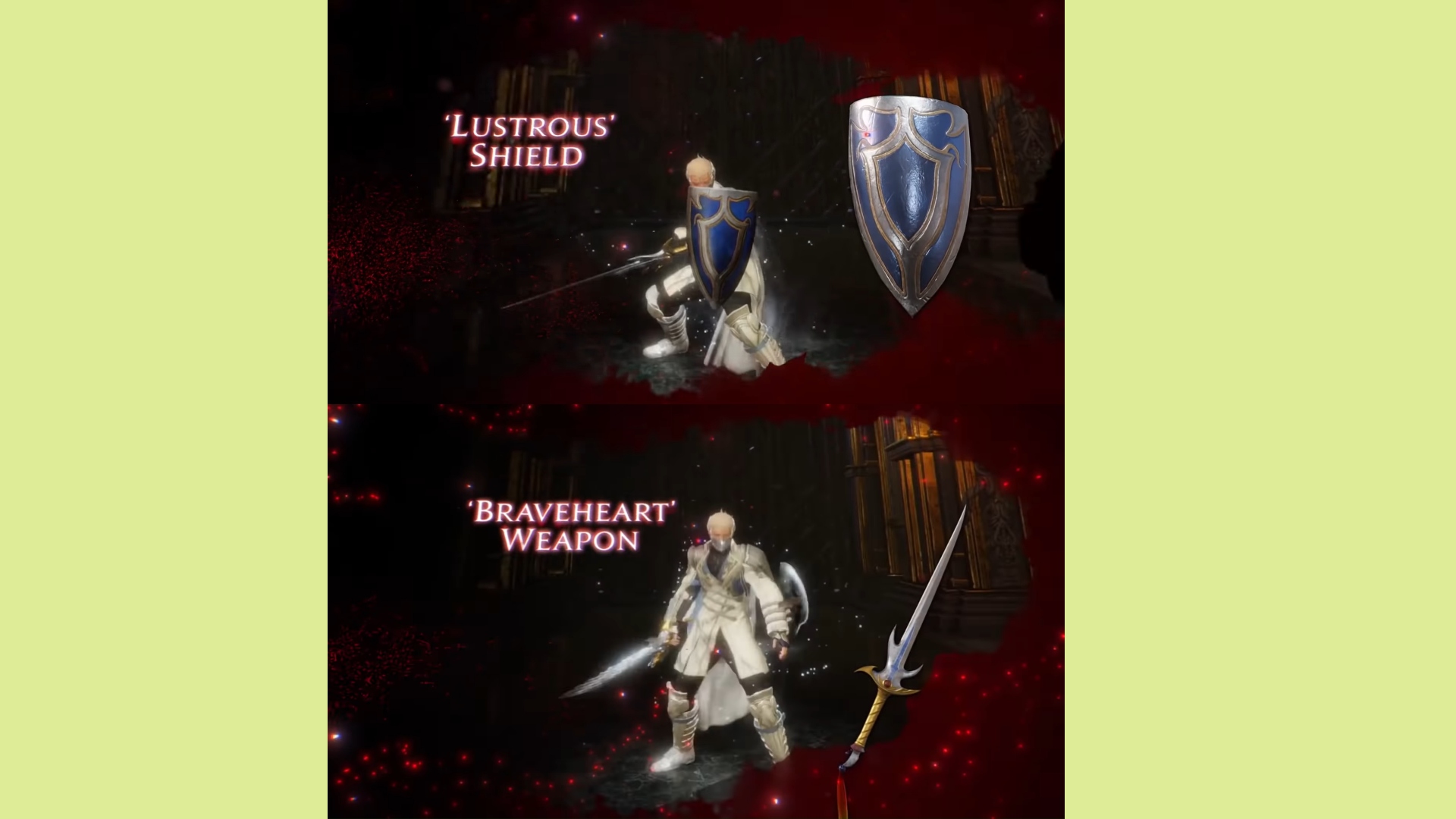 For those who opt to get the game digitally, there are a few extra benefits in addition to the early purchase bonus mentioned above. Here’s everything you get if you pre-order a digital copy of the game: 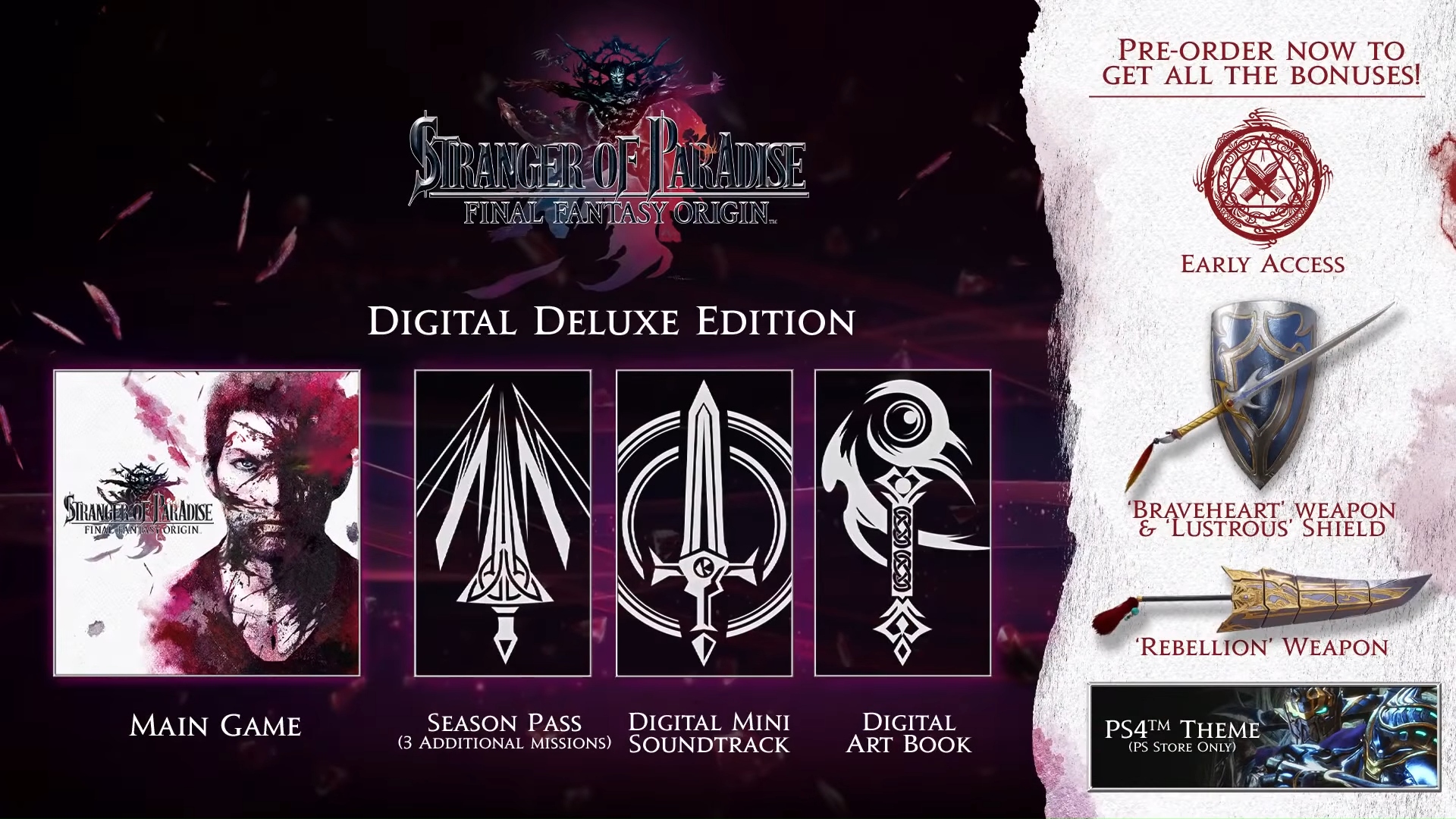 This is the fanciest of the three editions and the one that’ll get you the most extra goodies. If you’re a Final Fantasy fan who wants to go all-out and get the Digital Deluxe edition, here’s what you can expect:

These are all of the different versions of the game. It’s curious that they’ve opted to include more bonuses with digital copies than with physical ones, but perhaps they’re keen to incentivise digital purchases to cut down on shipping and resources. We hope this overview helps you to decide which version will be best for you.

Check out our guide for information on the Stranger of Paradise: Final Fantasy Origin release date, gameplay features and more. Also check out our best PS5 RPG games guide for a look at other stand-out titles in the genre.