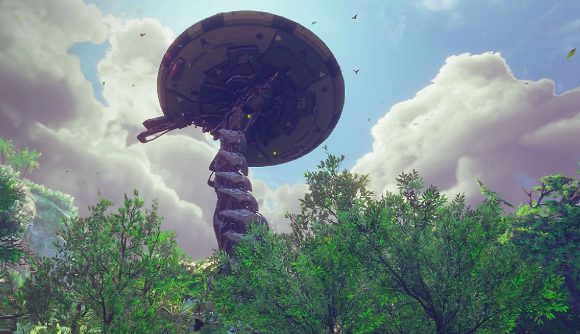 Sony has announced that it will be hosting a new State of Play on June 2, 2022, which will feature a number of PS5 games and a “sneak peak” at PSVR 2 games.

With this event taking place a week before Summer Games Fest 2022, it seems likely that Sony won’t have a major event during that week in June, saving a number of its big announcements for this show. It is worth noting though that State of Play showcases usually have smaller announcements compared to Sony’s big PS5 showcases.

So, while we might get some big announcements, it won’t be rammed with new reveals and blockbuster games. However, some likely candidates to appear include news on Final Fantasy 16, Horizon Call of the Mountain, and Forspoken.

Notably, the announcement only mentions third-party games, not first-party games. So, God of War Ragnarok might not appear.

State of Play returns next week! Tune in live at 3pm PT on June 2 for reveals, announcements, and more: https://t.co/3lqi9GL9VZ pic.twitter.com/NLLTAgvgLY

Either way, this is the start of an exciting season of game reveals that will run all the way through to Gamescom in late August. Hopefully, we will see some big surprises next Thursday!