Starfighters at the ready, because a new Star Wars game has been announced by Electronic Arts. Star Wars: Squadrons is a tactical first-person space combat shooter that will allow players to pilot New Republic and Empire ships in immersive 5v5 multiplayer battles.

The EA Motive game was revealed on June 15 after leaks on the Xbox website gave away its name. Even more details about the games single player and multiplayer modes were shown off to Star Wars fans during EA Play Live on June 18.

The game looks a little bit like Starfighter Assault, the 24 player online mode in Star Wars Battlefront 2 that pits pilots against each other and 40 AI bots, except this game will be a bit more tactical. Here we’ve compiled everything we know about Star Wars: Squadrons, including its release date and price, as well as what you can expect from the gameplay itself.

The Star Wars: Squadron release date is October 2, 2020. The game will release on PS4, Xbox One, and PC for $39.99 and is currently available to preorder. It’ll also be available to play in VR on both PS4 and PC.

PC players will have the option to pick the game up on Origin, Steam, and the Epic Games store.

Above you can watch EA and Motive Studio’s reveal trailer from June 15, 2020. The trailer shows off lots of lovely cinematics from the game, but it didn’t really show off much in the way of gameplay.

However, on June 18, loads of juicy details were revealed during EA Play Live. You can watch the whole Star Wars: Squadron presentation below.

Star Wars: Squadrons offers fans both a single-player campaign and multiplayer modes. In the campaign, you create two characters – one Imperial pilot and one Rebel pilot – to play through the main story.

For multiplayer, two modes were announced during EA Play: Dogfights and Fleet Battles. Dogfights are straight-up five versus five team deathmatch-style games in which you essentially aim to eliminate as many of the opposition as possible.

Fleet Battles, which are described as the game’s “signature mode,” are multi-stage battles in which a team faces enemy players or AI in a regular Dogfight, then moves on to clear two “medium-sized capital ships,” before finally attempting to take down the opposing sides flagship.

With four different sub-classes of ship, the focus is not only on flying skill and accurate shooting but also on teamwork and strategy.

It sounds like the game has a pretty high skill ceiling though. According to Ian Frazier, Motive’s creative director, players can boost their engines to get ahead of players, whip around, and fire missiles by hitting a 180 degree angle while drifting backwards. But players will also need to think about shifting shields during a dogfight and shifting power to various components. 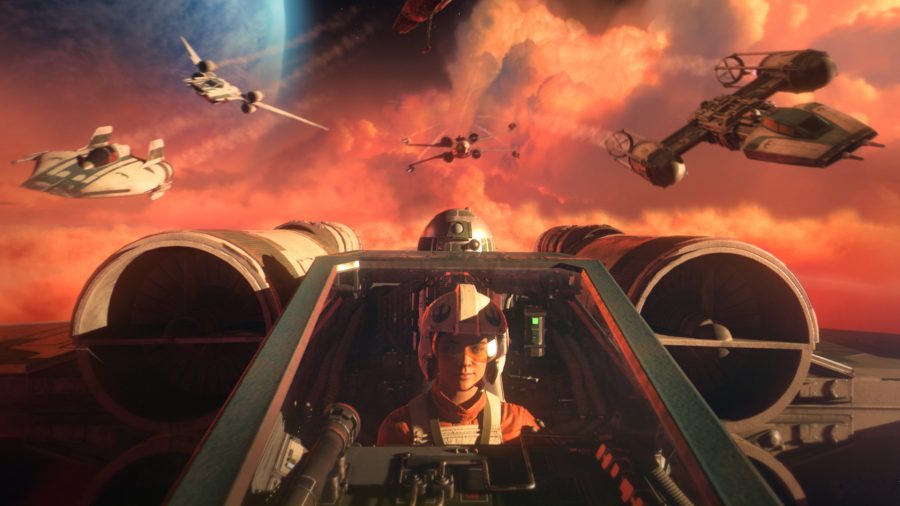 Star Wars: Squadrons will have cross-play for PC, PlayStation 4, Xbox One, and VR players. This means you’ll be able to team up with friends and take to the skies together – no matter what platform you’re all playing on.

While Star Wars: Squadrons will have a couple of different progression systems for players to work their way through, it will have a dedicated ranking system.

Like most online multiplayers, Squadron’s will have a ranked season, except in this case they’re called Operations and they last for eight weeks. During that eight week period, pilots will work on their Fleet Battles rank, which are as follows:

To get their first rank, pilots will need to play ten placement matches. Ranks will, of course, fluctuate after each match and will reset once the operation comes to an end.

However, there is tiered rank progression in Star Wars: Squadrons. This means you can’t be demoted from Legend to Valiant after a few rough games – but your rank within Legend will change. 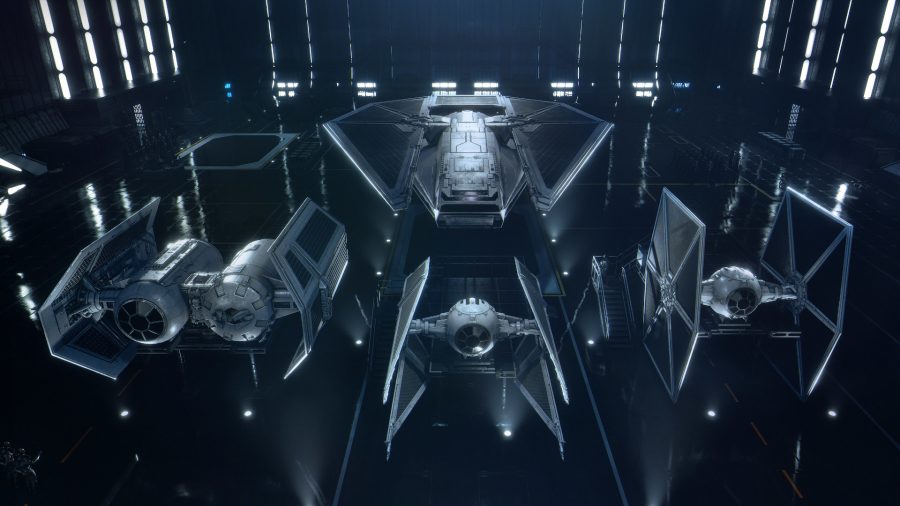 While Star Wars: Squadrons is an EA game, it seems that the publisher has learned from its mistakes with the likes of the Star Wars: Battlefront games. Squadrons will have lots of cosmetics for players to sink their teeth into, but these can only be earned through play – and not through controversial loot boxes.

There will also be ranked rewards for earning your stripes in the galaxy. Players who achieve Valiant, Legend, and Galactic Ace ranks over the course of an operation will receive exclusive helmets to wear.

That’s everything we know about Star Wars: Squadrons so far. As soon as we get more news on when and how we’ll be able to defend the galaxy, we’ll be sure to update this guide.