After eight weeks of intense Summoner’s Rift action in the LEC, only the top six remain in contention for the 2021 LEC Spring Split crown. Although the Spring Split is generally seen as a testing ground for new or revitalised rosters, in a constantly shifting meta, those all important League of Legends Championship Points are still up for grabs – as is a spot at MSI for the winner.

Spring 2021 has already seen a myriad of unique build paths and champions enter the league. The item combination of Moonstone Renewer and Staff of Flowing Water, for example, became a tantalising option for many early on – especially those playing Ivern, Lillia, and Seraphine – thanks to the stats and healing the items provided to the team. Goredrinker meanwhile remained broken for a good chunk of the split, before finally being nerfed alongside Sterak’s Gage on patch 11.3.

Easily the most exciting shift so far this season to us, though, has been the return of Udyr – one of League’s most dated champions – to the jungle. Although early showings of the Spirit Walker from Astralis and Excel Esports were unsuccessful, the sheer power of the champion merited its banning a whopping 47 times, making it the third most-banned champion this split. Only Twisted Fate (69) and Thresh (63) have drawn more.

Now, with the LEC Spring Playoffs just around the corner, let’s dive into the teams who have made it this far while piloting all of those spicy picks, which players we’re most excited to watch, and who we think will come out on top. 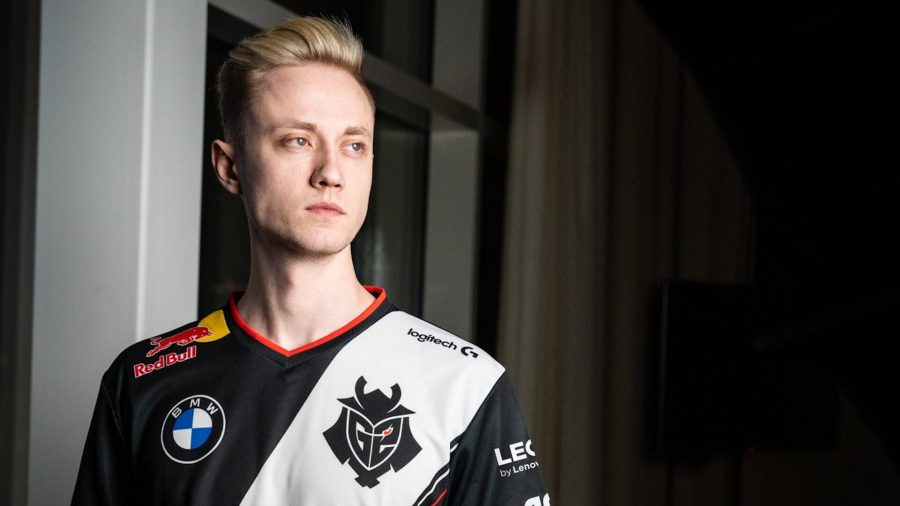 Old kings, new kings, yada yada yada -we all know the narrative by now. G2 Esports has cemented itself as the de facto ruler of the LEC, having dominated the last four splits. With the departure of Luka ‘Perkz’ Perković to LCS side Cloud9 in the offseason leaving the squad light one botlaner, his replacement became the hot topic of the off season. In a move nobody would have predicted before the transfer window opened, G2 managed to procure the services of Fnatic’s talismanic carry, Martin ‘Rekkles’ Larsson.

With arguably the best botlaner in the West enlisted, G2’s unbelievably stacked roster unsurprisingly took the joint-top spot in the regular split. With the team’s sights set on a fifth consecutive LEC title, G2 will be doing everything it can to ensure it doesn’t miss the mark like Jankos misses Nidalee spears.

However, it won’t be easy. While longtime rival Fnatic may still be finding its feet this season, G2 has a new challenger hot on its heels in Rogue.

One of the stories of the season so far has been the fledgling rivalry between G2 and a Rogue side which has been able to maintain the 2020 Summer Split form that booked it a spot at Worlds last year. Although the acquisition of Rekkles by G2 is the most high profile move from the off season, Rogue’s signing of Andrei ‘Odoamne’ Pascu is, in our opinion, the most important.

An immovable object in the top lane, Odoamne’s inclusion in this season’s squad has enabled the team’s carries to really shine. Exemplifying this is Emil ‘Larssen’ Larsson, who has had a stellar season so far. The Swede even managed to outperform Rasmus ‘Caps’ Winthers in raw stats this split, finishing Spring with a monstrous 7.8 KDA. Of course, stats aren’t the only metric by which we should be measuring a player’s performance, but it’s super impressive nonetheless.

With Kacper ‘Inspired’ Słoma stating his case as the best jungler in the league, alongside impressive bot lane performances from Steven ‘Hans sama’ Liv and rookie support Adrian ‘Trymbi’ Trybus, Rogue has all the tools it needs to really push G2 to its limits. Although Rogue has yet to beat G2 this season, anything can happen in a best of five.

After a torrid end to its 2020 Worlds campaign, the future of a MAD Lions squad which had electrified the LEC in its debut season was uncertain. Andrei ‘Orome’ Popa and Zhiqiang ‘Shadow’ Zhao were replaced by İrfan ‘Armut’ Tükek and Javier ‘Elyoya’ Batalla, giving rise to this new iteration. Though it has struggled at times with consistency, this MAD roster has produced impressive results, picking up wins against G2 and Fnatic on its journey to its third consecutive playoffs.

Sitting at the top of the LEC Player of the Game leaderboard alongside Rekkles and Hans sama with five awards is none other than Armut. The toplaner has played a pivotal role in his new team’s success so far since joining from TCL side Supermassive at the beginning of the season. Although we have seen mostly standard picks from the Turk throughout the split, he has also had stand out performances on Jayce and Wukong.

MAD beat G2 in a best-of-five this time last year – can this revamped roster do it again? 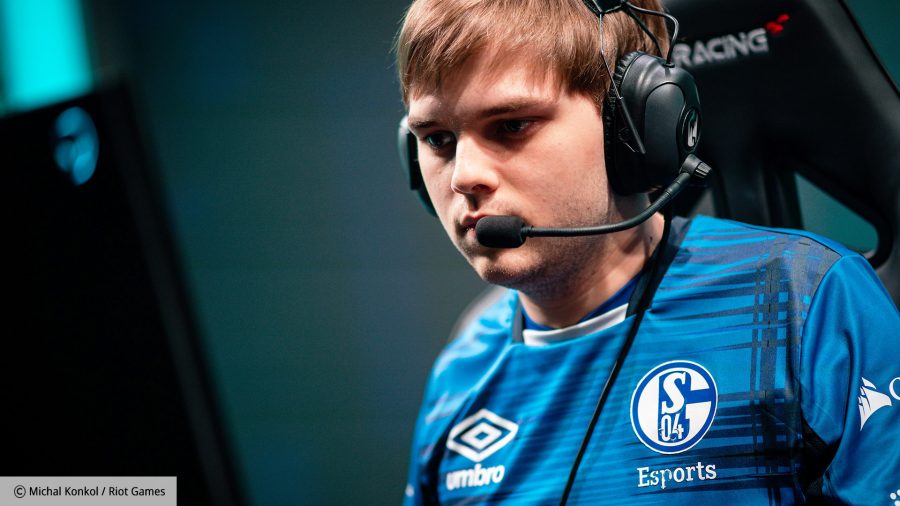 Schalke had the unenviable task of replacing Odoamne after losing him to Rogue during the offseason. When it was announced that Sergen ‘Broken Blade’ Çelik would be making a return from the LCS’ Team SoloMid to fill the spot, many were excited to see what a carry-oriented laner could do in this lineup. Solo laning alongside Royal Bandits alumni and friend Felix ‘Abbedagge’ Braun, it hasn’t taken long for Broken Blade to settle back into the EU experience.

Broken Blade has also experienced what has seemingly become a tradition now for Schalke, in that it doesn’t make getting to playoffs easy for itself. After all, the team has managed to go on a seven loss streak in back to back splits. However, when the pressure’s on, the team has clearly displayed its ability to step up in crucial moments.

Underdogs. King slayers. Miracle runners. Schalke can beat any team in the LEC on its day. However, a best-of-five is a different beast entirely, so its preparation must be on point if it wishes to make a deep run.

With the departure of both Tim ‘Nemesis’ Lipovšek and Rekkles, and the addition of Yasin ‘Nisqy’ Dinçer and Elias ‘Upset’ Lipp, Fnatic has become even more aggressive than before. At times it has produced some exceptional results, including a dominant performance over G2 earlier in the split. However, the coin has landed on both faces for this revamped squad, resulting in a disappointing finish outside the top four for the first time since Summer 2016.

A consistent bright spot for the team has been Upset, who has had some pretty big shoes to fill. However, the botlaner has more than stepped up. Alongside Zdravets ‘Hylissang’ Galabov, the duo has the most 2v2 kills in the league, asserting themselves as the botlane to beat.

Although Fnatic has, at times, resembled a 100m sprint team rather than a LoL team this split, expect this roster – which has a great deal of collective best-of-five experience – to pull it together and come out fighting.

SK’s roster saw the biggest transformation during the offseason. Of its 2020 roster only Janik ‘Jenax’ Bartels remains, with the remainder being filled with some of the region’s most promising rookies.

This also technically includes Erik ‘Treatz’ Wessén, who has enjoyed a fine run of form since making his LEC debut after a two year stint with TSM. The Swede has racked up four Player of the Game awards this split, cementing his place among the top players in his position in the LEC. Meanwhile, his bot lane counterpart in Jean ‘Jezu’ Massol has also had a solid first showing, especially when piloting more unconventional picks such as Kalista and Vayne.

With Kristian ‘TynX’ Hansen and Ersin ‘Blue’ Gören also coming into the league highly-rated, now is the time for this fledgling group of players to really showcase what it’s about. 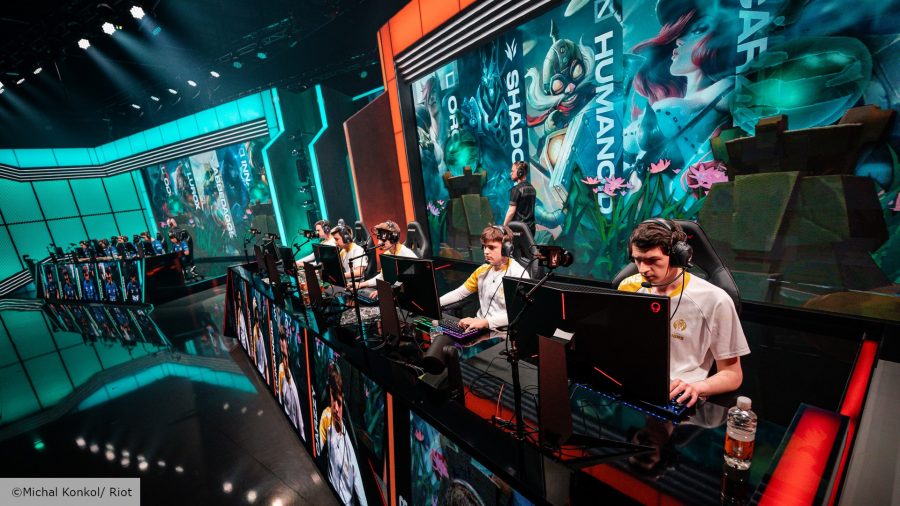 The importance of best-of-five experience cannot be understated heading into the playoffs. Teams will be required to prepare a number of different drafts ahead of time, while also ensuring there is enough flexibility should deviant picks crop up. As such, our predictions heavily reflect the nature of the format.

Sixth Place – SK Gaming: Having fallen to Fnatic on both occasions during the regular split, the initial outlook is fairly bleak for SK. Additionally, with a very limited amount of collective best-of-five experience in the LEC, the odds are stacked against this promising roster.

While it has done the double over MAD Lions this split already, SK would need to get past Fnatic and, most likely, Schalke before it gets a shot at a more favoured matchup.

Fifth Place – Schalke 04: Schalke has brute forced its way into playoffs contention after a disastrous few weeks mid-split. Now in peak form, Schalke has the means to make a deep run. In a best-of-five environment, however, the jury’s out on how far it can go.

This is very much a conservative estimate for Schalke, as we can definitely see them getting past the likes of SK Gaming, Fnatic, and even MAD Lions should the stars align.

Fourth Place – Fnatic: This mercurial Fnatic team will either make it all the way to the finals, or falter at the first hurdles. Based on what we’ve seen towards the end of the split, it could very well be the latter. With that said, Fnatic has a huge amount of best-of-five experience, and the sheer amount of individual talent on its roster means it could very easily go the whole way – but individual talent doesn’t always equal a cohesive team.

Third Place – MAD Lions: MAD has yet to best Rogue this season, making it the worst possible first round opponent. Despite this, we maintain the belief that, of the remaining teams, MAD is currently the top challenger to G2 and Rogue based on current form, and would earn its shot at a rematch should it drop into the lower bracket.

Second Place – Rogue: Rogue could still have a chance at victory depending on how the team grows throughout the tournament. It may not actually be disastrous for the team to take an early defeat to either MAD or G2 in the opening rounds, as running the lower bracket offers an opportunity to reflect and gain extra momentum ahead of a potential rematch later on. 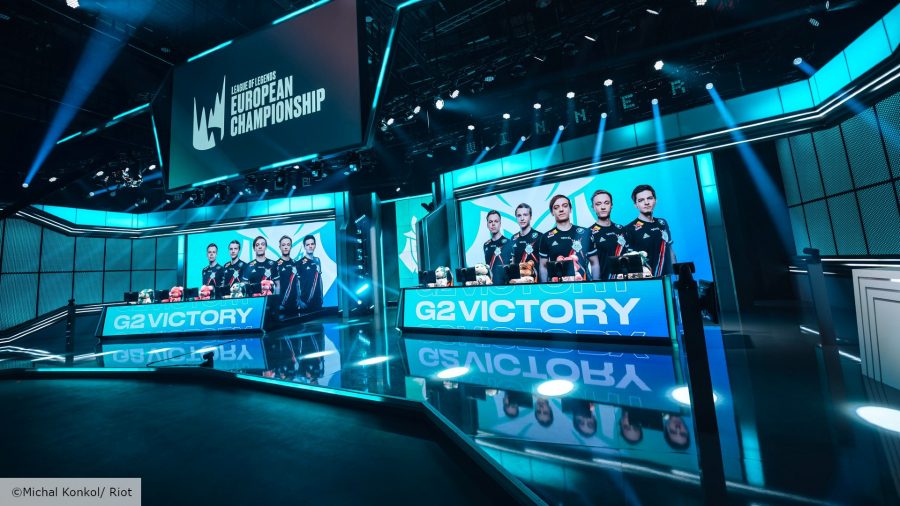 First Place – G2 Esports: Little needs to be said about G2’s chances in a best-of-five series. And although we all like to meme Fabian ‘GrabbZ’ Lohmann’s drafting, we believe that G2 will come up trumps and once again take home the LEC trophy.

Although we’ve gone with the safe bet for the Spring Playoffs, that’s not to say it won’t be close. This early on in the season, anything is possible. Needlessly to say, we’re looking forward to some absolute banger games when the playoffs kick off with Fnatic vs SK Gaming on Friday, March 26.