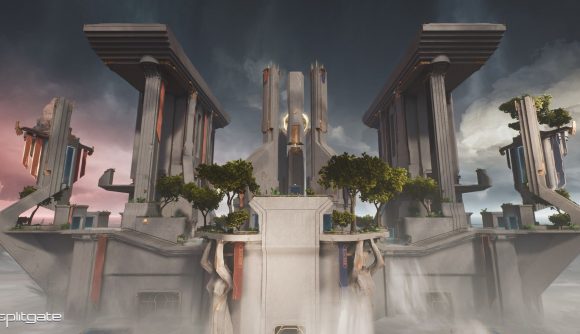 Splitgate is a game that wears its heart on its sleeve. It’s an arena shooter based on classic red versus blue-type gameplay, except it has portals that you shoot from a portal gun, mashing together inspiration from Halo and Portal. It’s kind of like the always has been meme, where first you’re in front of an enemy, then your weapon comes sticking out of a portal behind them in the ultimate reversal.

Anyway, Splitgate Beta Season 1 is here, and you want to know all the details. Luckily, The Loadout was recently invited to a press event, 1047 Games CEO Ian Proulx explained all the changes coming to Season 1, and gave us a sneak peek of what’s in store for the future. So, here are all the new Splitgate Season 1 changes coming to the beta.

Firstly, Splitgate now has a map creator. It allows up to eight players to hop in the editor and create together. It’s a powerful but easy to use tool, so you will spend more time crafting masterpieces than screaming into the sky, upsetting your grumpy neighbours.

The map creator will also be real-time, meaning you can swap between creating and playing on the fly, allowing you to quickly check to make sure everything is just how you want it. You can place all kinds of blocks and shapes and objectives at the moment, but Proulx and the team are keen on developing future updates alongside the community, so more features will almost certainly be coming.

The Map Foregone Destruction has now had a revamp. Proulx describes the changes to the map as retaining the “red versus blue vibe,” but also pushing the map further into “its own unique art style.” The art team was given as much time as they needed to really go all in with the original map, revamping it according to the company’s new triple-A vision for Splitgate.

The overhauled map supposedly plays significantly better, with Proulx stating QA testing has pegged the new Foregone Destruction as a possible “fan favourite.” There is also a brand new Simulation map called Hotel coming in Beta Season 1, which is set to be used in 3v3 modes like Takedown, Showdown, and the new Evolution mode. 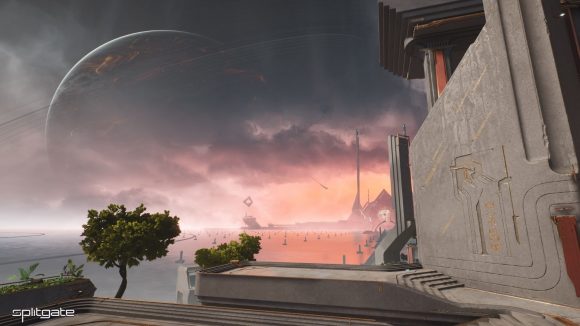 Speaking of Evolution mode, Splitgate now has two new modes. Evolution is a variation of the 4v4 Showdown mode. There’s a set list of loadouts that step up incrementally from worst to best (pistols and fists to railgun and rocket). Every time your team wins a round, the other team gets upgraded to a better loadout. This serves a skill-balancing mechanic, meaning that the better team gets left more and more in the dust as they win more and more rounds.

One Flag Capture the Flag is the other new mode in Splitgate. According to Proulx, Capture the Flag is something 1047 Games has been wanting to add for a long time, stopped by the overarching problem that the ability to create portals previously made capture the flag pointless. This issue is now solved with this new mode

This new mode is round based; one team being assigned to defence, one being assigned to offence. When the attacking team reaches the flag, the person who picks it up is then not able to portal. This stipulation makes the match fair for both teams, instead of turning gameplay into an ultra-fast deathmatch. 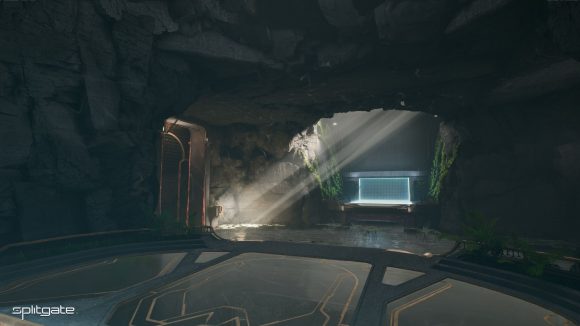 Splitgate ranked season rewards are also making an appearance in Splitgate, which Proulx says was inspired by Rocket League’s implementation of the system. These are skins that will be made to every player after every season, and they will be based on player performance. You have to win ten games at each rank to obtain the skin that pertains to that rank.

The skins all follow the same basic pattern, but their quality goes up as you gain more levels. Brass rank, for example, will reward you with a rough and basic pattern, but winning ten games at Platinum rank will spit out a snazzy animated skin.

Splitgate’s Battle Pass is also receiving 100 new levels to tackle with the release of the Season 1 beta. The skin rewards included in the new levels of the Battle pass will see a thematic style similar to that of the overhauled Foregone Destruction map. Proulx is clear that there will still be “fun” and “goofy” skins available in the shooter, but with the development team growing exponentially, they wanted to push the limits of what they can do, putting more triple-A content into the latest update.

It’s clear that 1047 Games is going from success to success, then; a sentiment that Proulx shares. “We’re really proud of what we’ve accomplished. We feel like we’re in an absolutely great position at the start of 2022.”