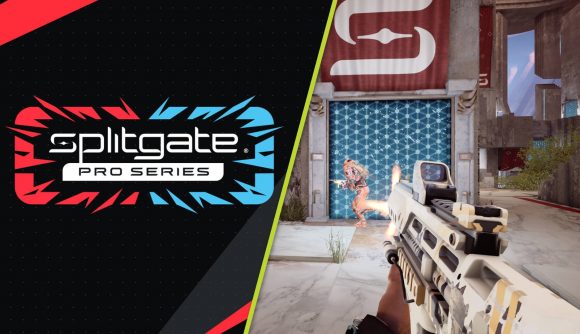 The Splitgate Pro Series has announced a big expansion ahead of the 2022 season, with names like T1, eUnited, Luminosity, and more set to field teams in the new season.

Announced in a press release, Luminosity, SSG, eUnited, T1, XSET, and Moist Esports have joined the 2022 Pro Series, which this year will up its prize pool to $500,000. The season, which will kick off in June 2022, will be sponsored by Amazon Prime Gaming and rosters for the six new teams will be announced in the coming weeks.

Speaking in a press release, T1 CEO Joe Marsh says that “Splitgate’s rise from grassroots tournaments into a global Esport with the world’s top teams competing has been inspiring and we are greatly looking forward to the increased level of competition”. Ian Proulx, CEO of 1047 Games, says “we’ve been thrilled with the results of Splitgate’s first few months in professional Esports… with the new teams and Amazon Prime Gaming as our title sponsor, we’re looking forward to an even bigger rest of 2022.”

As mentioned, rosters for the teams are set to be announced starting later this week with XSET already building the hype for its team lineup reveal.

We're excited to announce that XSET is officially entering the Splitgate Pro Series! 🏆

More will be revealed about these teams and the Splitgate Pro Series 2022 ahead of June when it is set to begin.