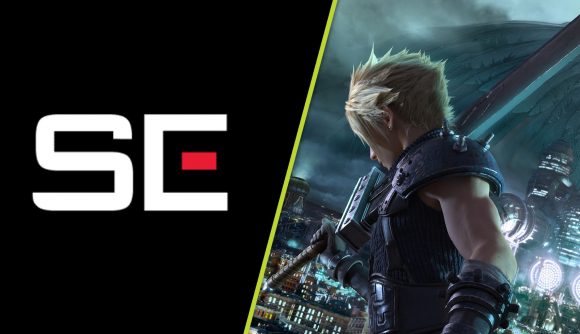 Square Enix surprised everyone yesterday when the company announced that it had sold its western studios to the Embracer Group. This news follows rumours from just a few weeks ago that Sony was planning to make a big acquisition and it turns out those rumours were about Square Enix.

This latest development comes from journalist Jeff Grubb who was reportedly hearing the rumour about Sony acquiring Square Enix. Those rumours from the end of March never ended up in an announcement from Sony and Grubb is quick to say that these deals can easily fall through or be delayed or “flipped on their head”.

So, despite seemingly trimming some of the fat (selling off Eidos Montréal, Crystal Dynamics, and Square Enix Montréal), Square Enix hasn’t necessarily been snapped up by Sony or any other publisher just yet. Grubb also clarifies that he cannot confirm if Sony is planning to buy Square Enix or has bought the publisher.

However, Grubb and other industry analysts and journalists do believe that Square Enix is streamlining its portfolio of studios and games to best position itself for an acquisition. Square Enix says it will use the money from the sale of its western studios to invest in the Cloud, Blockchain and A.I.

OK. I've said this a thousand times, but there's always someone who is hearing it for the first time: We never really hear enough to report on acquisitions with any certainty. Sony acquiring Square was the big rumor. But I CANNOT confirm that. And I continue to not know. pic.twitter.com/5ZKJruszCE

By trimming its western studios, whose games haven’t been as successful as its Japanese developed ones, Square is now more than ever a Japanese-centric developer focused on JRPGs like Forspoken, Final Fantasy 16, and more from its many studios.

We will have to wait and see what might come from this move from Square Enix, but it is clear Sony isn’t planning to stop making acquisitions as they are currently hiring for an acquisition manager. At least we now know why there were so many rumours about Sony making a big acquisition a few weeks ago.