Scavengers has been gestating ever since it launched into open beta earlier this year, and for the most part it has intrigued me with its PvPvE twist on the battle royale genre. However, with countless other releases and a constant flurry of live-service seasons, I have never hopped in to see what Midwinter Entertainment’s game offered. With Scavengers Season One, titled Winter’s Fury, that will change.

Launching on September 15, Winter’s Fury is the first fully-fledged season for Scavengers after its Season 0 launch earlier in the summer. It brings with it the first paid battle pass and a brand new playable character, Rin. The Loadout was invited to get an early hands-on with Rin and Winter’s Fury, and it’s safe to say that I found myself immediately drawn into Scavengers’ unique, engaging, cat-and-mouse battle royale gameplay.

Even as a newcomer, it was clear that Rin was easily the strongest character I came across during the preview event. Her key ability is Smoke Bomb – an incredibly strong smokescreen that covers the area in a magenta cloud that obscures lines of sight and allows you to loot entire buildings and rooms under the cover of purple darkness.

There were so many times where Rin’s smokescreen gave my squad an advantage in battle, allowing us to completely confuse our opponents and get the upper hand. As a team, we also used it to make some swift getaways. Having a way to flee enemies without having to engage in a battle and consume resources was not only welcome, but also advantageous over other Rin-less teams. 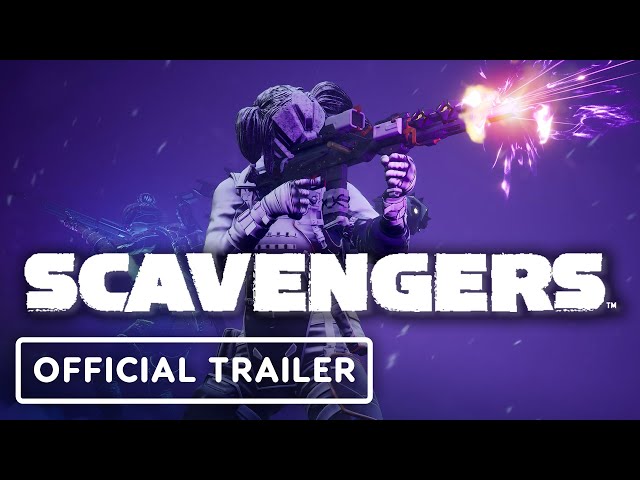 Rin’s smokescreen makes her a must-have for any team, as it can save your lives during the final heated moments of a round where you have no choice but to engage with other players on the dropship. The intense, close-quarters nature of the dropship means that you can quite easily embed yourselves within a cloud of smoke and wait it out till the timer ticks down, avoiding all the fighting that is going on around you.

Even as an inexperienced Scavengers player, I don’t see any reason why you wouldn’t want Rin on your team, especially if you are complimenting her style with fast-paced characters who excel at close-quarters gunfights.

Beyond Rin, Winter’s Fury also has some other nice changes for long-standing players, with a brand new boss encounter for Explorers to take on. A new ranged projectile called the Bait Bomb has been added that summons zombie-like Scourge to the area, while R.A.S.P. Rockets allow players to summon an escape pod that lets them leave the planet mid-match with all their data intact.

The first major battle pass also has some neat rewards that players can work their way towards, with 90 items available in total.

Winter’s Fury seems like both a big upgrade for existing players and a great reason to jump into Scavengers for the first time – and that is exactly what I plan to do.