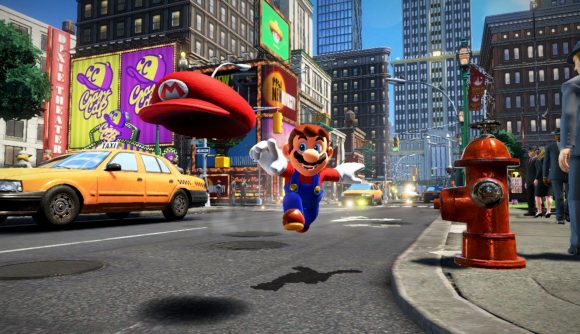 Saudi Arabia’s Public Investment Fund (PIF), a fund set up to invest on direct behalf of the Saudi Arabian government and currently worth $500 billion, has bought a significant stake in Nintendo. The investment makes Saudi Arabia the fifth-largest shareholder of Nintendo shares.

Coming via a Bloomberg report, this marks the third investment in Japanese gaming companies by PIF. Saudi Arabia also holds a more than 5% share in Capcom – the company behind legendary franchises such as Resident Evil, Monster Hunter, and Street Fighter – as well as holding a similar stake in Nexon, the creators of MapleStory and various other mobile games.

PIF funds were also used by another Saudi company, Savvy Gaming Group, earlier this year to acquire two of the biggest esports tournament organisers, ESL and FACEIT, in a joint deal worth $1.5 billion.

The Japanese Finance Ministry has stated that the Nintendo transaction was for “investment purposes,” with no other clarifications made, but a Toyo Securities analyst, Hideki Yasuda, suggests the Saudis want to learn from Japan. “Saudi Arabia has been beefing up efforts to create its own content industry, and this series of investments in Japanese game companies is likely a way for them to learn from Japan.”

The gaming industry is certainly in a state of flux with plenty of major investments and acquisitions lately, such as Microsoft acquiring Activision Blizzard to grow the green empire even further and Sony gobbling up Bungie in a similar move.

We’re seeing a period of consolidation across companies that make videogames, where smaller studios and publishers are being rolled into larger ones, but where does that leave Nintendo? The Japanese Mario maker has traditionally steered clear of rivalry and carved its own path, but this might not remain the case for long as buyouts and investments have become commonplace.