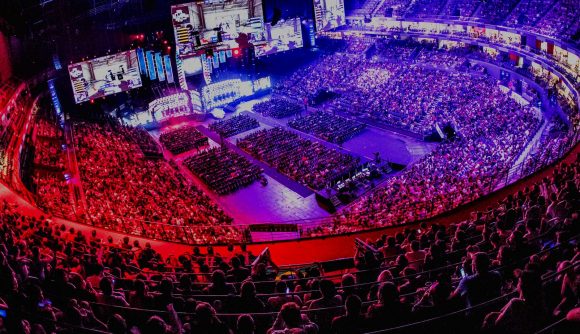 ESL Gaming and FACEIT, two of the largest esports tournament organisers in the world, have announced a merger ahead of a $1.5bn buyout by Savvy Gaming Group, a Saudi Arabian government-backed company.

The merger, which is expected to be finalised in Q2 2022, will see the two companies become the ESL FACEIT Group under the ownership of the Savvy Gaming Group. The funds being used are from Saudi Arabia’s Public Investment Fund (PIF) – one of the largest sovereign wealth funds in the world right now. This fund has been created in an attempt to further improve Saudi Arabia’s economy with strategic overseas investments.

In an official statement from the ESL FACEIT Group, the company expressed its desire to “create the ultimate platform for competitive gaming with an unmatched position for [everyone], no matter where they are on their competitive gaming journey”. However, will they be able to deliver it?

Well, at the moment, the ESL FACEIT Group has confirmed that there’s not going to be a lot of change when it comes to the leadership of the two companies. ESL Gaming’s CEO Craig Levine and FACEIT’s CEO Niccolo Maisto will retain their positions and operate as co-CEOs with ESL Gaming’s co-founder Ralf Reichert moving to a non-operational role.

ESL Gaming CEO Craig Levine has doubled down on the fact that this merger and buyout is going to be a huge step forwards for both players and publishers. “For gamers, publishers, and partners, this is a hugely exciting proposition, to be able to take everyone on the journey from your first step into competition to playing on the biggest esports stages globally,” he says in a statement.

At the moment, it’s hard to tell how important this merger will actually be when it comes to strengthening the global games community – another phrase used by Ward to discuss the goals of the ESL FACEIT Group. The Savvy Gaming Group is barely a year old, but the Saudi Arabian government has been involved with sports for some time now – but not without controversy.

The ESL FACEIT Group buyout is being seen by some as another example of “sportswashing” – this is a term being used to describe the act of buying a sports team to use it as a PR vessel in an attempt to cover the perceived brutality of the Saudi Arabian regime. You might see this being used more freely when discussing the purchasing of football clubs – although the LEC’s now-cancelled NEOM deal would fit into this category too, as would BLAST’s.

The ESL FACEIT Group has not confirmed a set date when the deal will be finalised, but it’s clear that all parties are looking to create a new global esports landscape with players, fans, publishers, and shareholders in mind.