If you’re at all interested in Overwatch, you might have heard the name San Francisco Shock over the last few days. You might also know that they just won the all-important Overwatch League Finals. However, what you should know, is that they’re potentially putting the rest of the Overwatch League in danger.

Now, I’m only saying danger because the League is supposed to play like a sports team. Each year you might think that the Patriots will win the Super Bowl but in the right situation, they are certainly beatable. Shock, however, is putting the League in danger because as of right now, I can’t see any other team coming close to achieving their level of domination.

Imagine any other sport in the world having a final where the opposing team didn’t get a single point. It’s unheard of, and it’d be a sign that the rest of the league was struggling to keep up with the best of the best. In this case, that’s Shock. They’re endangering their own sport because they’re just too good.

There are several reasons why I think they’ll continue to be the best. Some are well known and others, not so much, but here is why I believe Shock, as they are, are untouchable. 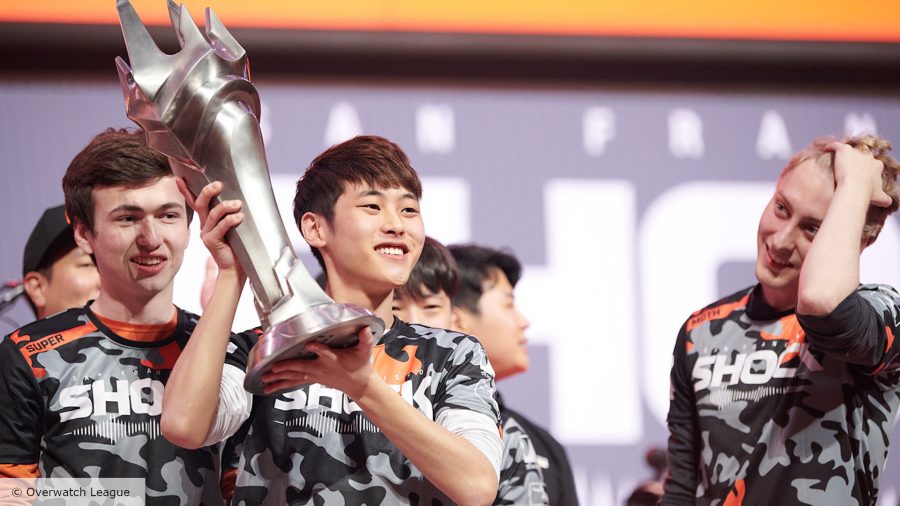 Jay ‘Sinatraa’ Won and Matthew ‘Super’ Delisi are simply the most charismatic players out there. As described by Shock’s owner Andy Miller, there is somewhat a ‘Chad’ personality associated with them. Despite their confidence and, dare I say, cockiness that comes with being who they are, they’re endearing. It’s incredibly difficult not to like these two 19 year olds. They’re smart and they’re funny. They know when to take some credit and when to pass it to others. For example, they couldn’t have sounded prouder of their teammate Hyobin ‘Choihyobin’ Choi for winning the MVP award. I don’t know if these guys have had the best training to become the faces of the Overwatch League, or they’re really just that charismatic, but it’s worked.

Fans also love the San Francisco Shock. The cheers you could hear every time they won a point, were thunderous. The crowd at the Wells Fargo Centre in Philadelphia were very obviously on their side. I’m sure hearing the crowd wanting you to win is a morale boost for your team and a hindrance to your opponents. The difference in support comes down to a few reasons, the first being, of course, the personality of Super and Sinatraa, as well as the rest of the team’s chemistry. The second is that although they were a fantastic team, they had almost a Hollywood level redemption arc after C9ing in their match against Atlanta Reign. And the third is a guy called Andy Miller.

Andy Miller is not a name I knew before the Overwatch League finals. If you’re a massive fan of Shock, you may well know who he is, but to an outsider, he looks a bit like your friend’s dad, the one that always turned up to your football games and shouted bad advice at your team. Andy Miller isn’t that guy, he just looks like him.

Related: Here’s how to watch the Overwatch World Cup

Hailing from a background in baseball and Apple, Miller spotted Overwatch fairly early on and pegged it as the next big thing. Ever since he’s treated it like a sport which is exactly the right approach to take. For most teams, such as finalists Philadelphia Fusion and London Spitfire, the first season was about coming out swinging – telling the audience who were going to be the strongest contenders in the League and putting on a great show. Miller, however, was working out how to make the team sustainable in the long run. I could tell you how that’s worked out for them, but I could also just refer you to the shiny cup sitting on their shelf. He made the right call, and now the rest of the teams are having to play catch up. 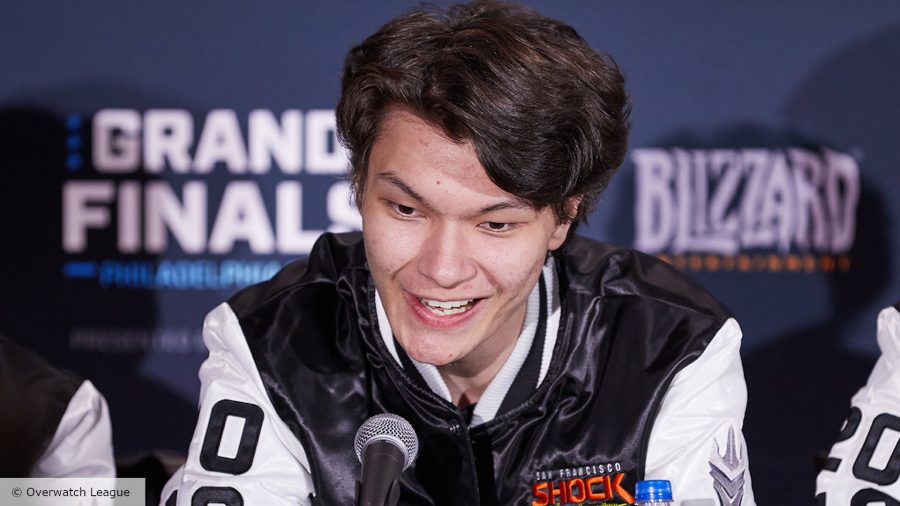 It also came across that Miller really cared. Not in a money-grabbing way (but it must be nice to win a cool $1.1 million (£889K) from a competition), but in a ‘these boys are my responsibility’ way. At the press conference after the game, the Shock strutted to their seats with glossy Champions bomber jackets, followed by Miller, the coaches and the rest of the behind the scenes team. They were elated in their win, but they had to spend the next 45 minutes answering a bunch of questions from reporters.

Better than any of their answers was observing the relationship of the players and their support network. Laughing at each other’s mistakes, giving credit where credit was due and having a number of chuckles to themselves when a journalist asked a pressing question was just a delight to see. Answers came candidly and with personality, more than has been ever shown in the Overwatch League, and for the first time, I really saw it as a sport. Not a wannabe, but a fully fleshed-out realisation of an American sports blueprint, transferred successfully to videogames.

Related: The biggest esports tournaments of 2019

The San Francisco Shock, right now, is the only team that has excelled in this regard. They’ve got a great team, great coaches, an owner that knows not just Overwatch but actual sports, and the support of fans across the world. In the next home-style format being introduced next year, Shock could still very well dominate. The charm of the players will wiggle its way into your head no matter what jersey you wear. Inevitably any crowd they perform in front of will at least admire these kids.

The point is, they have it all. Other teams are going to have to try and manufacture all of this to even stand a chance next season. By the time they’ve got to where the Shock are now, who knows how much the OWL champions will have improved.

If I were to make a prediction today on who would win the Overwatch League next year, the Shock would get my vote. Who knows, dive compositions may become meta again, or perhaps the Vancouver Titans may be spurred by their mistakes and win next year. However it looks right now like the Shock are unbeatable. And if they’re unbeatable, they’re in an Overwatch League of their own.