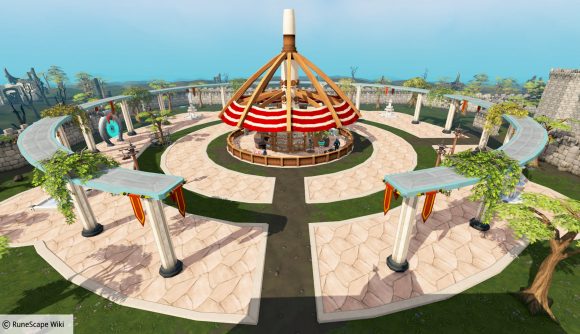 Player-driven economies are a magical thing. Through careful planning, investment, and several hours of Redditing, you too can live out your Wolf of Wall Street fantasy in a world where the only risk is having to spend a few more hours earning back your losses.

One of the best examples of a flourishing virtual economy is that in Jagex’s fabled MMO game, RuneScape. With vendors only providing basic goods, it is down to the players to generate higher-tier goods to either sell directly to others, or via the Grand Exchange – the city of Varrock’s central market hub. With supply and demand fluctuating based on activities like skilling, PvP, and PvM, there is often apt opportunity to snap up goods on the cheap, ready to flip on for a tidy profit later on.

Despite not being a 1:1 replication of real-world economics – RuneScape executive producer Ryan Ward very much stresses that the team aren’t economists as part of an upcoming interview with The Loadout – RuneScape’s economy, and indeed those of other games like EVE Online, have drawn the attention of economists on the other side of the screen.

“We have economists – real life economists – that reach out to us and say ‘hey, can we talk about the Grand Exchange?’” Ward says. “Occasionally we’ll get requests from bodies like the U.S. Securities and Exchange Commission when they do research into different simulations of economies.”

The Wolf of the Grand Exchange. Your turn now.#RuneScapeAtTheMovies

This does leave us wondering what the SEC could possibly want to glean from getting its diamond hands (or Dragon Claws) stuck into RuneScape’s economy – asides from how to min/max its Abyssal Whip flips, of course.

Look out for our RuneScape Mobile interview with Ryan Ward and lead designer Dave Osborne when it lands this week. With RuneScape’s mobile port set to launch next month, keen traders will be able to get their grind on wherever they are, be it on the bus, on the couch, or on the toilet – porcelain peddlers assemble.