Roller Champions has had an interesting life cycle so far. Very little was shown outside of its initial reveal and a handful of betas from over the last three years. However, the game has finally been released and after sinking countless hours into its fast-paced action, I am a huge fan of its addictive gameplay and pick-up-and-play nature.

Roller Champions consists of short seven-or-so-minute games, where two teams of three players compete to score five points. These points are awarded by skating around an oval arena and passing the ball between your team and stopping the opposing team from stealing it.

After passing through four checkpoints, the goal attached to the side of the arena will open up and you can choose to score by throwing the ball into the goal. However, you can up the stakes too, as circling around the arena up to three times increases the points a goal will award you. Skate around once and score and you get one point, twice gets you three, or end the game in one play by skating around the arena three times and scoring.

I have put in a lot of hours over the last week and after getting to grips with the game’s unique moveset, which involves tackling and pumping, I have fallen in love with the dynamic team-based gameplay.

What I quickly discovered with Roller Champions is that you cannot go it alone and try to solo score, unless you want to be flattened like a pancake and get tackled by all three opponents at once. Instead, you need to pass between your teammates and make the most of pumping to build up momentum and overtake the current player carrying the ball.

On top of that, you can stand next to a member of your team and hit the bumper on your controller to have them thrust you forward at speed, allowing you to pass, make a shot, and get the ball away from the opposing team, or catch up to an opponent who is further ahead. 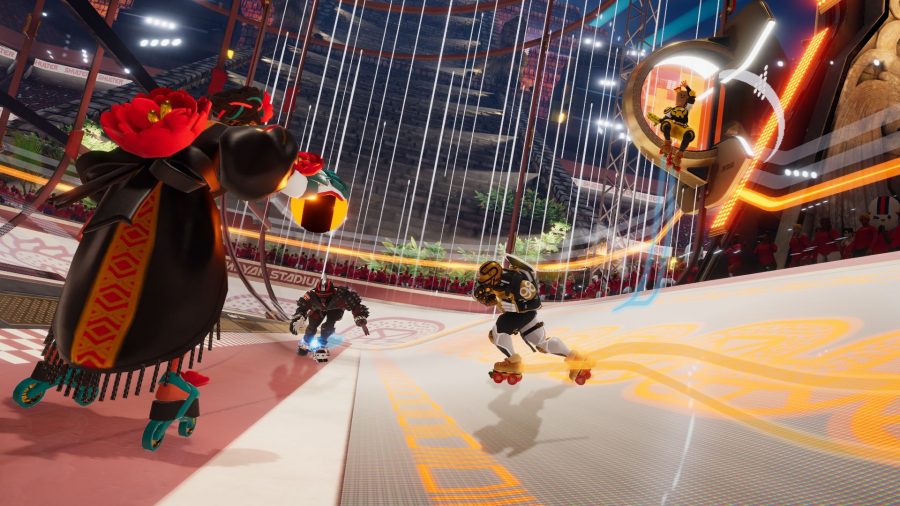 Combining all of these moves together is incredibly satisfying and when your team masters every move and works together you enter a gripping and rewarding gameplay loop. This is heightened when you decide to climb the Roller Champions ranks.

The best part about this is that the game has simple enough fundamentals that communicating over voice chat isn’t needed to be able to succeed. This hopefully puts the game in a good position to hold onto a player base as it is definitely one of the less intense and stressful multiplayer games on the market today.

The chill vibe, thanks to a stellar licensed soundtrack, and the simple controls really gives Roller Champions a great sense of approachability. It also means that the game’s free-to-play business model should hopefully help in that regard as well. 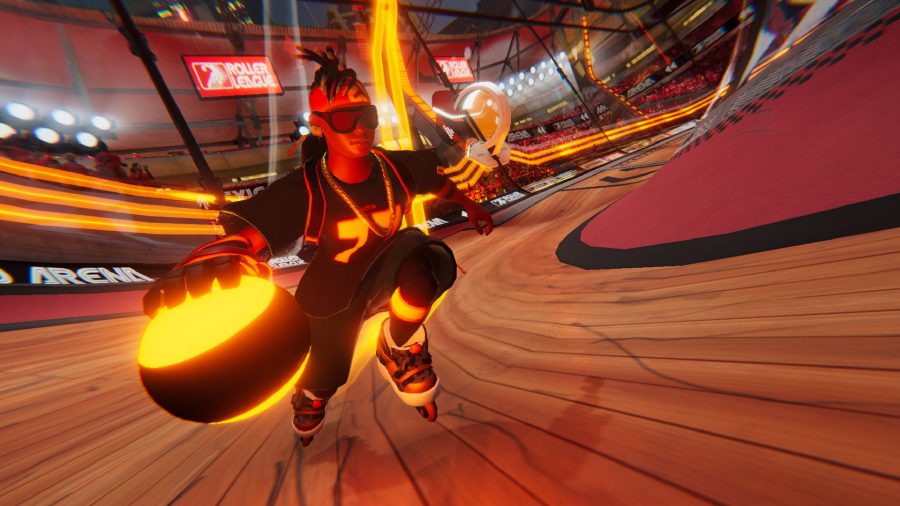 Customisation in Roller Champions is rather similar to Fall Guys in that there are simple character creation tools to create your skater, as well as gear items to obtain, such as skates and outfits. You aren’t dealing with dozens of skins or tons of different cosmetic categories, but they are unlocked via loot boxes (aptly named Lootballs).

These can be earned in-game. Individual items and packs of items can then be bought from a premium shop using real money. Finally, the Roller Champions Roller Pass contains a number of cosmetics and a few Lootballs as well.

And, while the cosmetics are simple enough, the lack of them is frustrating. The game has virtually no progression system built in to the base experience with the Roller Pass and you have to fork out actual money to get anything exciting. 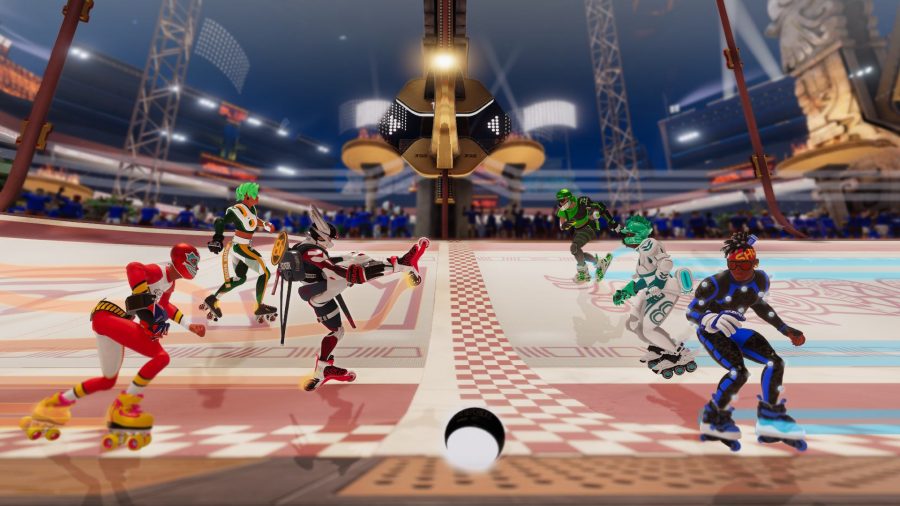 The game’s main currency, Wheels, also cannot be earned in-game beyond the exact amount needed to purchase next season’s Roller Pass. This means you cannot buy anything from the item shop without buying more currency with your own cash. And, in addition, Lootballs are not plentiful in the game, being reserved for a few slots on the Roller Pass and unlockable through a weekly challenge here and there.

The initial season does appear to be a more limited launch season with bigger plans down the line. But, right now the progression and customisation available easily within the game is far below what would be considered a minimum for a free-to-play game in 2022. 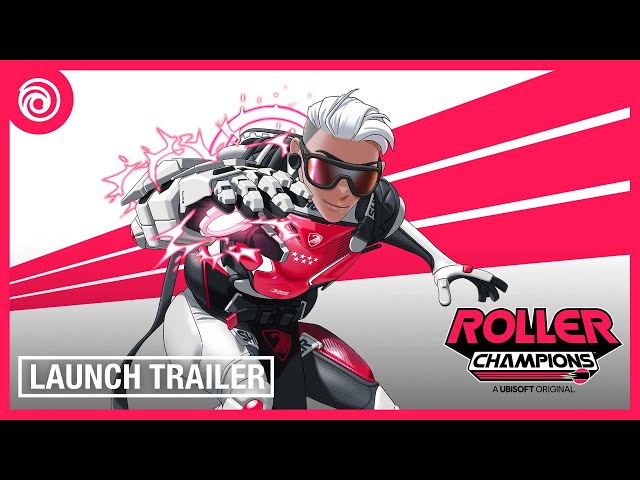 However, while the game only offers two main modes with a few limited-time ones every now and again, and a wafer-thin progression system, Roller Champions is an absolute blast.

I have spent tens of hours during this launch week playing the game while listening to podcasts, having a show on in the background, and just using it to chill out in the evening. So, while it is worth giving Roller Champions a try, you shouldn’t expect it to become your new hardcore multiplayer addiction. Let’s just hope the progression and customisation options improve with each new season.

Roller Champions is a fun and engaging team-based multiplayer game that might become your new casual multiplayer addiction. However, a lack of progression and limited customisation options without paying money holds it back from being great at launch.