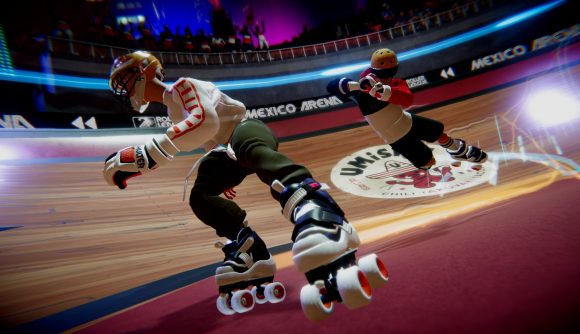 May 18, 2022 This article has been updated to reflect Ubisoft confirming the Roller Champions release date

After several months of leaks and speculation, Roller Champions finally has an official release date – and its really not far away at all. Roller Champions will be released on Wednesday, May 25 for its first season of content. Roller Champions’ “kick off season” will last a month, according to this video from the devs.

This date was initially leaked by ‘Aggiornamenti Lumia’ on Twitter. The account had only stated that this was the release date for Xbox, however Ubisoft has confirmed Roller Champions is coming to Xbox consoles, PlayStation consoles, and PC next week. It’s also confirmed that versions for Nintendo Switch and Stadia are also in the works.

The game will launch with crossplay and cross-progression between all platforms. The only areas where crossplay will not be enabled are in custom matches and in team creation, but Ubisoft says that these two features will arrive in future updates.

Despite being touted as a kick off season, Roller Champions’ ranked mode will be enabled, and there will be a 30-tier season pass full of content too. You’ll also receive in-game items and bonuses for inviting friends to come and join you on Roller Champions.

Roller Champions has clearly had a slightly bumpy development, but hopefully it will deliver when players get their skates on next week.