The game is tied at four-all with 30 seconds left on the clock. Your team has spent four and a half minutes chasing the ball, hitting crosses, and saving goals to make sure that it’s in a position to win and move up the Rocket League ranks.

After a crisp fake, you’ve freed some space towards the opposition’s goal, and all that can possibly intervene with a sure victory is the open air. But as your car flips forward, your flick goes wide, sailing past the goal, and bouncing off of the post.

Rocket League’s quick chat function isn’t spectacular on its own– having the ability to swiftly communicate in an inherently competitive game is far from a new concept. But the way the community has transformed otherwise innocuous messages into a form of verbal berating has made it one of the most unique, and positively infuriating, mechanics on the market.

Of the 30-plus quick chat options, a player can choose 16 to be readily available and mapped through two quick button presses. They mainly fall into two categories: reactions (‘Holy cow!’, ‘OMG!’) and tactical speak (‘Need boost!’, ‘Centering!’). 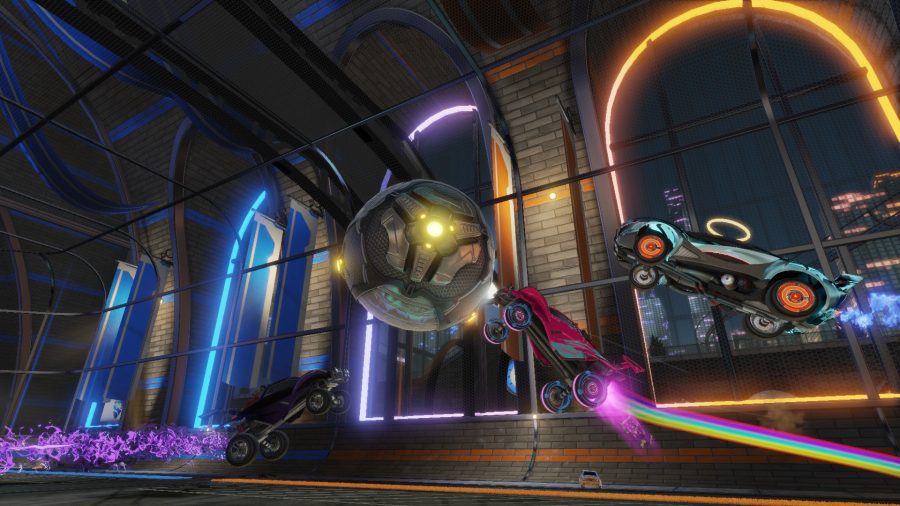 No quick chat is inherently harmful or abusive. The closest it gets to offensive is ‘$#@%!’, an obvious censor for a naughty word that’s more an acknowledgement of a mistake. It’s rare to see these messages used for their intended purposes, though. Players rarely use ‘What a save!’ to praise a highlight-worthy stop, nor will they use ‘Nice shot!’ in response to an improbable midair flip-reset.

It’s the ultimate form of taunting that cuts deep

Instead, Rocket League’s quick chat is employed to draw attention to every little mistake you or your teammates make. It’s the ultimate form of taunting that cuts deep, making it one of the most demoralizing experiences in online games.

Embarrassment is a social experience that leaves you feeling exposed. It’s why singing way offkey in the shower doesn’t make a person feel ashamed, but doing the same thing on a stage is virtually unimaginable. In the same vein, Rocket League builds a unique competitive atmosphere – a big open arena, in which there’s nowhere to hide. Everyone can see the ball at all times, making every missed shot and every terrible save on full display for all to see. 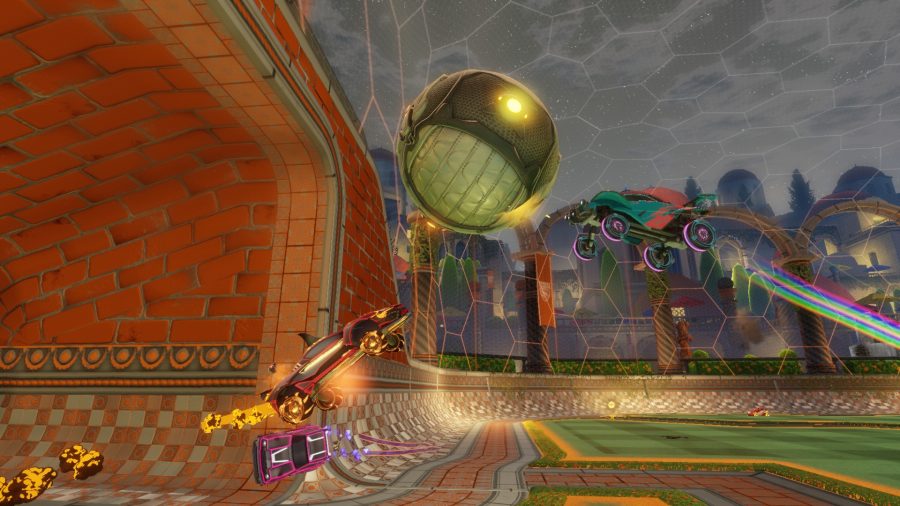 Sure, you can skip the replay of an own-goal or a whiffed save, but you can’t hide from the quick chat spam that’s almost guaranteed to appear after every mistake.

Taunting is natural in a competitive setting. Whether it’s getting teabagged in a first-person shooter or watching as another player emotes after getting a kill in Fortnite, asserting a virtual form of dominance is a common practice. But these are generally personal experiences, shared between two players. It isn’t like every person in the lobby is watching on as a lifeless corpse gets desecrated. Getting teabagged is frustrating, sure, but it isn’t technically embarrassing.

Choose the car that’s right for you: the best Rocket League cars

It’s harder to move on from a bad moment in Rocket League. It feels as if every move made after that point is studied under a microscope, with up to seven other players looking for a chance to pick at any flaws.
It’s that reason alone that Rocket League is unique. While bad gameplay can send players over the edge in over competitive games, someone only has to spam “Wow!” “What a Save!” to put the average player in a spin.

Quick chat cuts deep, especially for newer players, and while I wouldn’t want to change it for the world, sometimes ‘Nice shot!’ should mean just that.

Will Backus is the Sports Editorial Assistant at the Knoxville News Sentinel, but you'll also see his words about sports games like Rocket League on the web.