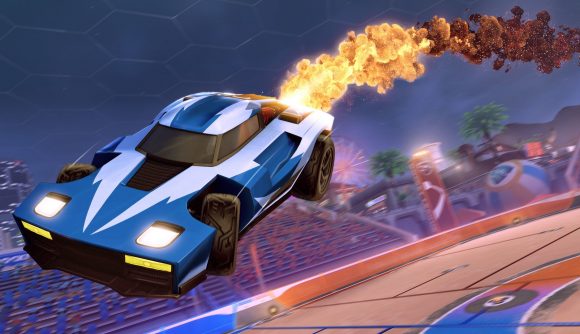 The loot box experience can be a cruel mistress for many players. Oftentimes the dreams of shiny golden goodies materialising in a ray of light are dashed, as you are instead presented with… a common. ‘I might as well have gotten nothing!’ you cry out in frustration, as once again the RNG gods have forsaken you. Well, Rocket League players are now reporting that they are getting just that: nothing.

Reddit user u/Tony-Two-Hands took to the vehicular soccer game’s subreddit to show off their not-so-hot drop. The video clip uploaded shows the player opening up a rare drop. The lights show that they are set to get a common item, which would be a disappointment in itself.

However, the item that finally rose from the platform was, well, ‘none’. Nada. Zilch. Psyonix community lead Devin Connors was quick to weigh in, initially boiling the issue down to a problem with PsyNet.

However, a follow up from community specialist Kevin ‘Dirkened’ Sweeney notes that the case of the missing drops began prior to the network issues. Dirkened also stresses that Psyonix is “currently investigating” the issue.

Got my favourite item today from RocketLeague

While it appears a fix hasn’t been rolled out just yet, it is encouraging to know that Psyonix is clearly on the case.