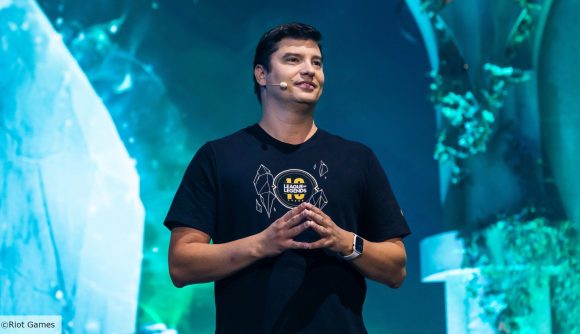 Riot Games’ CEO Nicolo Laurent is reportedly under internal investigation by the developer following accusations of gender discrimination and sexual misconduct by a former Rioter.

As was first reported by Daily Esports, a legal complaint was filed in a California court last month by Laurent’s former executive assistant at Riot, Sharon O’Donnell. O’Donnell is suing the League of Legends and Valorant developer for lost wages, medical expenses, and damages after she received a “wrongful termination” of her employment.

She alleges in her complaint that Laurent would often yell at her in the workplace and has made a number of improper remarks to both her and other female colleagues, including asking her to work from his home when his wife was away. O’Donnell also claims that after turning down advances from Laurent, she had work duties taken away from her. She believes that her employment was terminated as a result of her filing a complaint about the incidents with Riot’s HR department.

Riot, which has confirmed to Daily Esports and other sources that Laurent is now under investigation by Riot with the assistance of an external law firm, says that O’Donnell’s employment with Riot was terminated following “multiple well-documented complaints from a variety of people” at the company.

While it denies her termination was a result of anything other than these complaints, Riot does appear to be taking the allegations of misconduct and harassment against its CEO seriously.

A class action lawsuit against Riot Games begun in 2018 after workers alleged gender discrimination and harassment following a report by Kotaku into the company’s culture and treatment of women. Riot Games is now seeking individual arbitration to settle this case.

Following the reports of this latest complaint, the Rioters For Change workers group says in a statement that “historically, Riot is a company where leaders have not been held accountable” for their actions and hopes O’Donnell and other affected employees receive “appropriate reparations.”