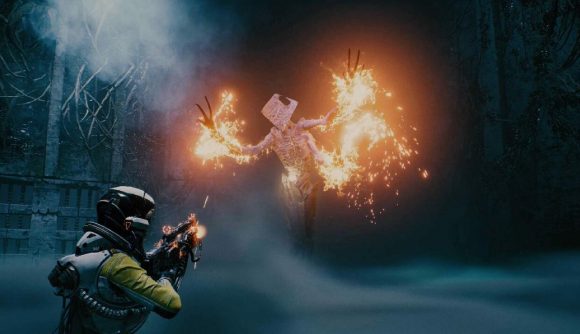 The recent introduction of Returnal’s save system went down well with PlayStation 5 owners and the game’s community. While it may have taken six months for the feature to be added, it seems like Housemarque isn’t stopping there, with more choice and customisation over your runs through Atropos on the way.

Speaking in the latest edition of EDGE magazine, Harry Krueger, Returnal’s director, and Mikael Haveri, Returnal’s marketing director, say they are happy with the “edge-of-your-seat commitment to a single run” the game offered originally. However, thanks to the positive response to the introduction of a save system, Housemarque “may allow for some options in the future for players to customise that [single run] experience,” says Haveri.

As for what could be on the cards with that customisation, Krueger and Haveri don’t say. But, some obvious ways to expand Returnal’s save system include save slots for multiple runs, checkpoints at the start of each area to make the game more accessible, and additional difficulty settings to make runs easier, although based on the studio’s commitment to the game’s tone and intensity, this seems less likely.

The lack of a save system at launch was one of the major criticisms Returnal faced, with players having to leave their PS5 consoles on overnight or for extended periods to save their current progress through Atropos. Its introduction in October saw players figure out they could reload their saves after you die thanks to the PS5’s cloud save feature.

Between this tease from Housemarque about more choice and the possibility of new DLC by the European developer, Returnal could be in for another update before the year is out.