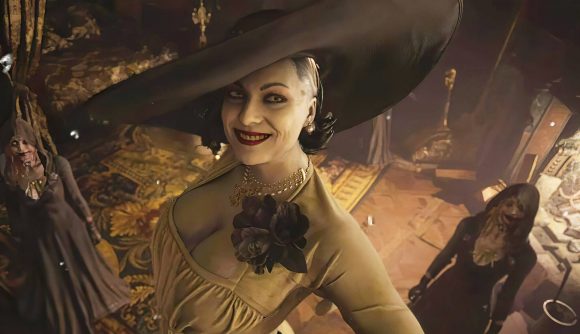 A few months ago Capcom announced that Resident Evil Village would be getting some DLC. In a recent Capcom Integrated Report – which gives an update on the publisher’s financials and future plans – it has been suggested that some, if not all, of that DLC will be given away to players for free.

Tucked away on page 49 of the report, Capcom mentions that they are “taking into account the situation of our free additional DLC for titles such as Monster Hunter Rise and Resident Evil Village.”

Resident Evil Village hasn’t received any DLC yet, whereas Monster Hunter Rise has in a number of updates. Therefore, this could suggest that the previously announced DLC for the game could end up being given away free of charge to players. We haven’t heard anything about this downloadable content since June, so fans are expecting an announcement to coincide with Halloween and a series of Resident Evil reveals Capcom has been making this month.

We still aren’t sure what this DLC will turn out to be. It could just be a small selection of bonuses like a new difficulty and some new Mercenaries maps, or it could be a larger expansion with a new playable area, weapons, and more.

Hopefully, we will hear more from Capcom soon, or maybe later this year as a surprise reveal at The Game Awards in December.

The Loadout has contacted Capcom for clarification and comment regarding its plans for free DLC in Resident Evil Village.