This month’s Xbox Game Pass is bursting at the seams with top titles; however Red Dead Online has firmly cemented its name as our Game of the Month.

There’s no question as to why Red Dead Online is the gift that keeps on giving – it brings every element from its predecessor, Red Dead Redemption 2, and puts you in the driving seat. Well saddle, I guess. Its narrative is ultimately controlled by you, the player, and with full character customisation, you could be the star of your very own western.

While many multiplayer games are extremely full on throughout, Red Dead Online offers you moments of solitude, delivering a rare sense of isolation than your typical online setting. Giving yourself a few moments away from the stench of a smoking gun to watch a glowing sunset, atop your horse does feel like quite the novelty. Hearing the soundtrack and musical cues drip through those moments of quiet simply adds to the joy of Rockstar’s online experience.

But do not be fooled – a friendly wave to another player can turn into a gun-slinging blood bath quicker than you can call your trusty steed. Posses love a lone wolf and won’t quit hunting you until you give in and exit – but that’s just what they want you to do. Getting your own back on these outlaws is exhilarating and when you’re quick to draw on your weapon wheel, they won’t stand a chance.

However, if you prefer safety in numbers, Red Dead Online gives you the opportunity to create your own clan and ‘Posse Up’. Convincing your mates to cause havoc or heroics through The Heartlands will be an easy task.

Many quests and missions await you, and bounty hunting can prove quite the fruitful career path. A multitude of rewards can be earned if you’re successful in your capturing, either dead or alive. Once you’ve purchased your license you’re able to get started and lasso your way to the bank; it’s up to you on how methodical you choose to be in executing your tasks. 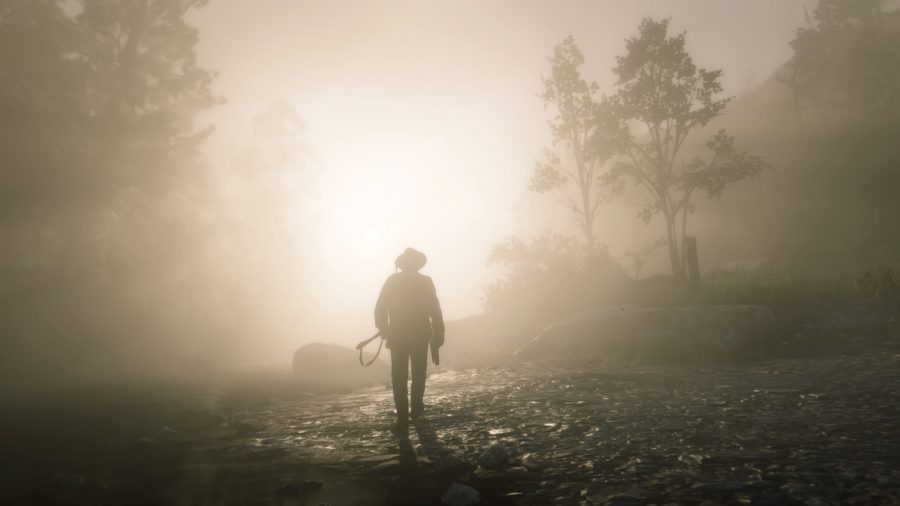 The atmosphere of completing hunts and many other quests at night is tense to say the least. With only moonlight and the occasional campfire to light your vast path, the fugitives you hunt will certainly know that area better than you. Creeping through crops serves as the ultimate challenge as you never know where the next shot in the dark will come from.

Aside from bounty hunting, daily challenges from seven different sectors will keep you coming back time and time again. These vary in difficulty depending on whether you choose to play the Challenge Goals, within Free Roam or one of the five Specialist Roles the game offers. Although picking Prairie Poppies is not as simple as it sounds – trust us, we’ve been there and done that.

Not fussed about online? Here are the RDR2 cheats

Specialist Roles serve as career paths in Red Dead Online, yet choose your role carefully – you’ll have to part with a few gold bars that are tucked into your holsters to unlock your role of choice. Each path gives you the chance to progress where you’ll be able to earn XP and tokens, spending them wisely to gain abilities and new items.

Its versatility regarding objectives gives you the freedom to explore whatever takes your fancy. You can lend a hand with the surprisingly challenging task of delivering mail, or take a peaceful, yet competitive, approach to earning money by resting your spurs for a game of Blackjack. 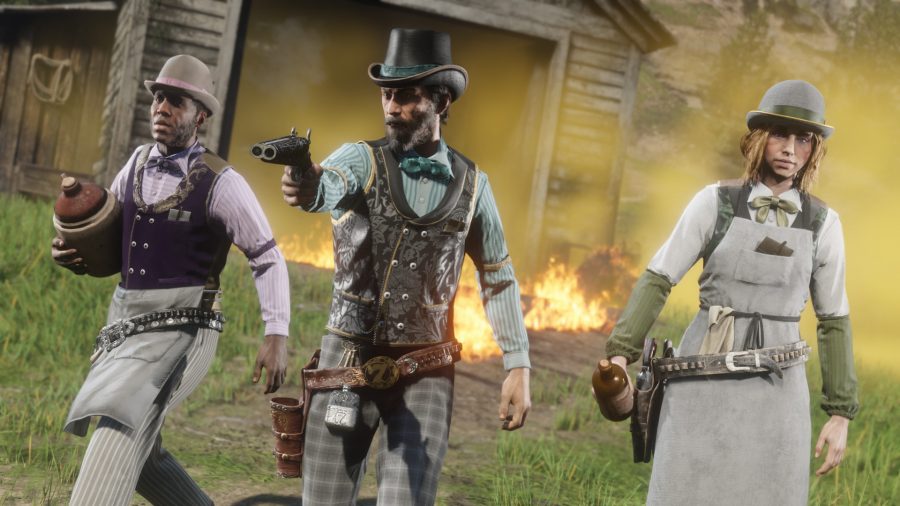 There are also many Stranger missions to be had which offer more of a spontaneous challenge. Completing these successfully will help fill your pockets a little quicker with the more you take on. Just be sure to rest and set up camp under the stars for a little R&R, and feast on a delicacy you’ve hunted for yourself.

Absorbing the scenery within the stunning locations of Red Dead Online will leave you shaking your head in disbelief at modern technology. The seamless transitions from day to night are subtle takes that offer such a different dynamic and experience to the player. Quests of similar briefings can take on incredibly contrasting moods depending on which side of the earth the sun is shining on. Missions accepted under the cloak of night certainly deliver an eerie atmosphere, filling you with unease and uncertainty of who may be wishing to fight back.

Whether you’re going for a trot about in Valentine or ready to become a ruthless Moonshiner and set up shack in Bayou Nwa, there’s plenty to return for in Red Dead Online, available from May 13 on both Xbox Cloud and Console. If you’re done horsing around, you can pick up your Xbox Game Pass console subscription right here.

Vic can typically be found inserting the subject of Tomb Raider into any sentence thrown her way. If not yapping away on a Podcast episode, she’ll be not-so-patiently waiting for another Lara Croft driven adventure.