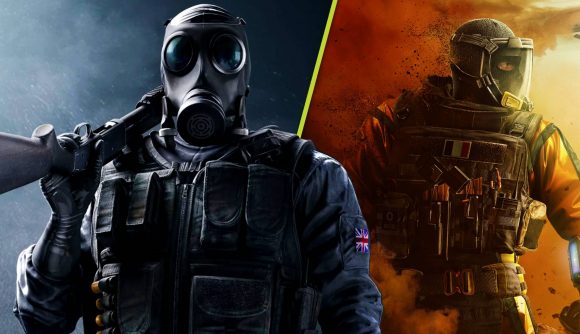 Rainbow Six Siege is always evolving as a tactical shooter. Ubisoft is constantly implementing balancing tweaks to keep the competitive multiplayer experience fair and enjoyable. In mid-season updates, these tweaks tend to be minor changes and understandable alterations. However, the recent Smoke nerf is a big one and it has a lot of players confused – and amused. Going forward, Smoke – the operator known for his gas mask – will not be vulnerable to his own toxic gas. Yes, that means his gas mask is effectively useless.

Commenting on this major change in the Y7S1.2 Designer’s Notes, Ubisoft explains that “ while this change is pretty explicitly a nerf, it mainly targets what is essentially a special immunity just for Smoke. Adding this vulnerability should make it more obvious at a glance how abilities affect all Operators, even if they are technically wearing a gas mask.”

“Removing Smoke’s immunity also impacts the most hyper-aggressive Smoke players”, Ubisoft continues. “The gas can still be used for area denial and to apply pressure, but Smoke can no longer prowl through that denied area without paying a cost.”

What makes this change interesting, apart from the fact that it renders the gas mask ineffective, is that it seems somewhat contradictory to the Win Delta shared in the same Designer’s Notes. The graph, which compares operator win percentages with operator pick rates, has Smoke comfortably in the “overpicked, too weak” section.

The fact that Ubisoft is implementing a nerf, without introducing a buff in another dimension, seems a little counterintuitive – considering his position on the grid, anyway. It remains to be seen how this change will affect Smoke mains and the wider Rainbow Six Siege meta.

Elsewhere in the Designer’s Notes, Ubisoft reveals that Blackbeard will be moving forward with a Claymore instead of a Breaching Charge, Gridlock will be able to place four Trax Canisters (up from three), and Ying’s Candelas will only flash players for half the time now.

If you’re looking for more information on the designers notes, you can find them in the tweet below:

Ubisoft may have just rendered Smoke’s gas mask useless, but at least his toxic gas is still as effective as it was before. This should still make him a useful pick in climbing the Rainbow Six Siege ranks – as long as he doesn’t get banned in the build-up.