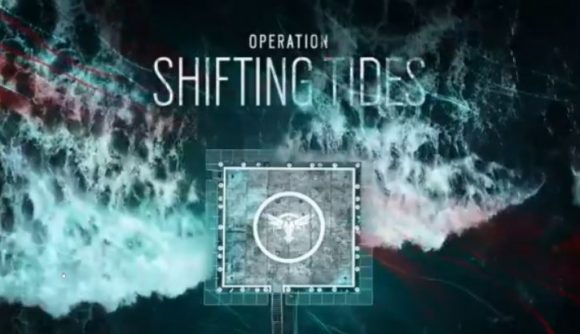 Ubisoft has revealed that the new Rainbow Six Siege operation will be called Shifting Tides. The teaser video shows the season logo, along with some fairly hefty waves crashing against what looks like a landing pad.

We’re expecting to hear more about the new operation at the Rainbow Six Pro League Season X finals in Japan, which take place this weekend (November 8-9), but we do know that we’re going to see two new operators, one from Kenya and one from India. We’ll also see the new and improved version of Theme Park.

Operation Shifting Tides follows the release of Operation Ember Rise, which saw the addition of Amaru and Goyo from Peru and Mexico, and the reworked version of Kanal.

The waves of change are on the horizon. pic.twitter.com/u35vfp71K2

Operation Shifting Tides is slated for release in December 2, so while you wait for more news on this exciting development, why not have a read about how Siege developers watched hours of Brazilian torture documentaries to work out what attributes to give to Caveira.