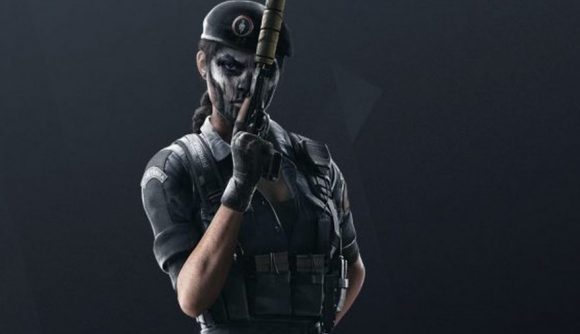 With every Rainbow Six Siege operator based on a real life Counter-Terrorist Unit, Ubisoft spends hours researching everything from uniforms to real-life events. But the development team’s desire to create an authentic Brazilian BOPE officer took them down a much darker route.

Alexander Karpazis, Ubisoft’s art director, has revealed to Wired that his team watched a number of different documentaries on Brazilian torture techniques to work out how to build Caveira, before settling on a stealth approach and cut-throat interrogation ability.

“We watched documentaries about BOPE interrogation sequences, which are absolutely brutal,” he says in the Wired video, which you can watch below. “Interrogation techniques can vary from a knife to the throat, to waterboarding, or putting a bucket over someone’s head and beating it. So what you see in the game is actually a toned-down version of BOPE interrogation.”

Aside from talking about the cut-throat Brazilian’s backstory, Karpazis also discusses the history behind the game’s 49 other operators.

IQ, for example, is based on Jodie Foster’s depiction of Clarice Starling in The Silence of The Lambs, due to her intelligence and ability to analyse other people. Fuze’s story is based on the Moscow Theatre hostage situation in 2002, where the Spetsnaz accidentally killed 170 people, after they pumped a chemical agent into the theatre in an attempt to stop the attackers. Buck’s voice-line ‘Oh, eh, let’s go’ is also an inside joke for the Parisian game devs, who think the Quebecois accent is “cute.”

But finding out information about some CTUs can prove problematic. Karpazis says that the team had to base Hibana and Echo off a limited number of photographs of the Special Assault Team unit, because Japan refused to give them any information based on the fact that the SAT “doesn’t officially exist.”

So there you have it, there is a story behind every Rainbow Six Siege operator. All we needed to do was ask – thanks, Wired!