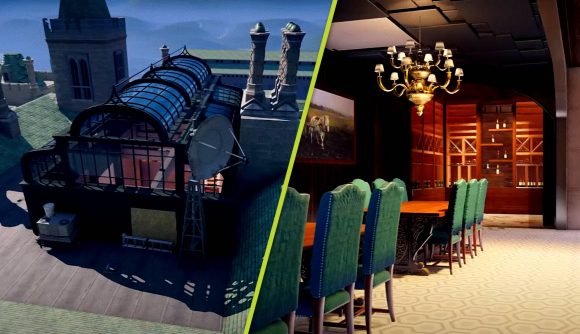 Operation Demon Veil, Rainbow Six Siege’s next major content update, is on the horizon and there’s a lot of hype around the introduction of a new map: Emerald Plains. Players looking to climb Rainbow Six Siege ranks and get to grips with the new map won’t have much time to do so, though. Ubisoft has revealed that it’s going to be available in both casual and ranked playlists on day one.

Emerald Plains is Ubisoft’s first Rainbow Six Siege map in quite some time. For the last three years, the developers have opted to rework existing maps and make reactionary changes to the existing environments as opposed to designing completely new ones.

As an Irish country club with a private ranch, Emerald Plains is going to excuse decadence and class in it’s visual design – but how will it fare in the competitive arena? While it will be available for some time on the test server, Ubisoft has confirmed to The Loadout that it will be added to the ranked map pool straight away when it releases in the middle of Year 7 Season 1. Ubisoft is clearly confident that it’s going to be fit for purpose, and Rainbow Six Siege level designer Josam L. René tells us how Ubisoft has used the last three years to create a new map that is on-par with existing locations.

Thematically, the design team made sure to “plan visual language earlier in the process” with both destruction and orientation in mind, René says. This has led to a clearer, “better choice” for callouts upfront – something that will undoubtedly help with navigation and strategy on this brand new map.

René also comments on entry points and Emerald Plain’s layout, suggesting that this map is going to feel more open than others in Rainbow Six Siege’s rotation. Ubisoft may be trying to keep the “number of rooms under control”, but there’s also going to be “less high occluders beside doors and corners”. René has explained that this should leave some longer, controlled, lines of sight.

In addition to this, he admits that Ubisoft has been “too conservative” with their building entry points lately – so, expect there to be quite a few ways into Emerald Plains when it launches. From early footage, which you can see below, it’s clear that there are going to be a lot of routes into Emerald Plain’s main building. It’s littered with windows, several doorways, and there are multiple entry points on the roof.

Of course, learning a new map is going to take some time – but players will be reassured to know that it looks like Ubisoft’s design team is learning lessons from its time spent reworking old maps. At the moment, Ubisoft hasn’t shared a full map layout – and the flythrough above is subject to change come launch.