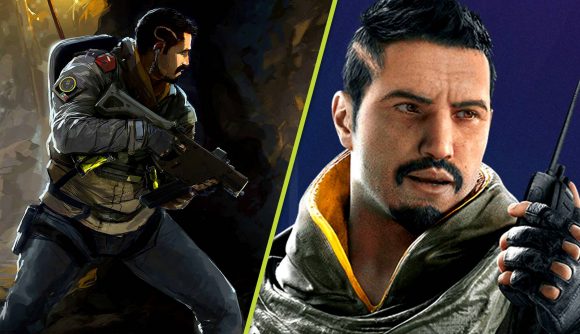 Rainbow Six Siege’s Operation Demon Veil update is almost here and it’s packed with new content and important balancing changes. Just like Tachanka in Year 5 Season 3, Goyo’s kit is getting a major rework in Year 7 Season 1. Speaking to The Loadout about the Goyo rework, senior game designer Angel Maldonado reveals that this is “a bit special” in relation to other reworks in the pipeline.

Following the Y7S1 update, Goyo will no longer have a deployable shield in his kit. Volcan Shield is being replaced by Volcan Canister, an adaptation of the explosive device attached to Goyo’s shield. Why is this update special, though? Well, as Maldonado explains, it isn’t every day that an operator “does not play within the intended role.”

Introduced in Year 4 Season 3, Goyo has had a tough time finding a place in Siege’s meta, despite the fact that his unique gadget has – up until this point – included a shield. When asked about why Goyo needs changing, Maldonado details how counterintuitive his shields actually were, saying that even the most versatile operator “normally matches the original intentions.”

The combination of elements in Goyo’s Volcan Shield, the shield itself and the canister, are counterintuitive and promote two different styles of gameplay, Maldonado explains. “The shield encourages you to play close [to the shield itself] because it protects you, but you do not want to be close to the canister because it is dangerous.” With the canister itself adding a vulnerability to the shield that other shield-based operators [don’t have], like Clash and Montagne, it’s clear to see why he’s not made much of an impact.

In the Y7S1 pre-season designer’s notes, Ubisoft has shared that it’s targeting pro players with this change. Originally intended as an alternative to Smoke, Goyo’s changes are “essentially trading defensive capabilities to double-down on zone denial” – something Smoke’s gas grenades are great at.

Going forward, Goyo will be able to place twice as many Volcan Canisters and they will burn for twice as long. The initial explosion isn’t going to deal as much damage, but players should be able to dictate the flow of the firefight with Goyo more directly going forwards. Will he rise in the ranks and become one of the best Rainbow Six Siege operators? Only time will tell.