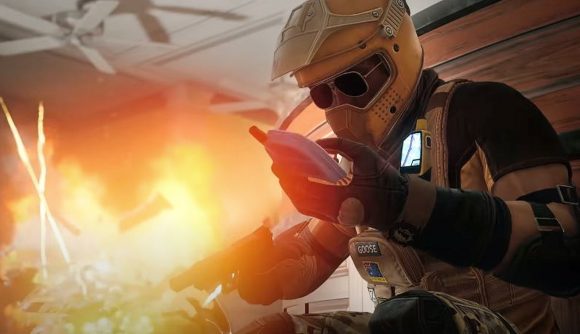 Ubisoft has released another update to its list of known issues and community concerns around its tactical shooter Rainbow Six Siege. In the update, the developer confirms that a streamer mode is on the way some time next year and that it plans to address one of player’ biggest pet peeves.

While the update discusses quite a few different concerns, the biggest news for Siege creators and streamers is that the game is finally getting a streamer mode to combat stream sniping. The addition is slated to hit Siege in “the first half of Year 6,” which will roughly be at some point between March and August. On the gameplay front, Ubisoft has identified a number of issues it wants to change in Year 6, including a controversial tactic that has divided the Siege playerbase: bullet hole peeking.

“We are currently exploring different options to make smaller bullet holes more easily noticeable or unusable for such situations,” the post reads. “We have made substantial progress and are quite confident about this solution. There is still some work to be done and we are not quite ready to share more for now.”

Single-bullet hole peeking has been used to gain information for a while in Siege, but can be frustrating for the opposition since they’re particular hard to spot, especially from long distance.

Ubisoft’s solution is slated to drop in Season 2 of Year 6.

We will continue to update the list to provide communication around the status of current issues. pic.twitter.com/a3LG5dnvg8

Year 6 will also see changes made to player models so that they are more distinguishable when wearing certain in-game skins. “We are investigating how to make Operators stand out a bit more from the environment,” Ubisoft says. “Our goal is to let everyone pick and choose their skins without providing any sort of advantage.”

Also on the cards are reworks to flash grenades and similar equipment so that they work more consistently in areas cluttered with objects and changes to the audio tinnitus players experience when taking damage.