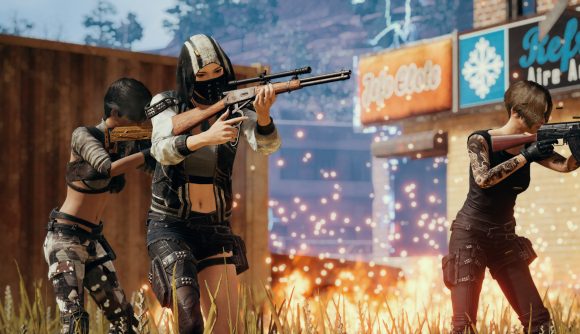 A silent footstep issue is continuing to plague PlayerUnknown’s Battlegrounds despite a PUBG partner and streamer highlighting it four months ago. Henrik ‘WackyJacky101’ Kjærulff has made yet another video highlighting the footsteps bug, but admits he’s not confident that it will be fixed.

The sound bugs make footsteps while running on carpet in Miramar silent or near-silent, and inaudible footsteps created by players who are out of your line of sight. To demonstrate these bugs in action, the Danish streamer uses a second account to run around School in Erangel and the apartment buildings in Pecado, Miramar while recording sound on his primary.

The bugs in their current form pose a huge problem for serious PUBG players. If you hot drop in School, for example, and begin looting the ground floor, you won’t hear anyone on the floor above, unless they enter a side room. Additionally, if you’re on the same floor but you’re not looking directly at the player, the sound of their footsteps will be much quieter, and therefore harder to pick up on.

“But the moment the player steps upstairs, the sounds are completely gone,” WackyJacky101 says in his video about the School bug. “There are no steps – you will not hear a player here. But if the player moves into one of these rooms, [there’s] very loud banging on the floor.”

“This is going to confuse you a lot, because this is not how sound works in real life. This is important to know about. I don’t know how confident I am in saying this is going to get fixed soon because I did document these [line of sight] problems about four months ago.

With PUBG’s player count on the decline, and competitive disadvantages like this still in the game, PUBG Corp needs to take action on reports like this to prevent more players from jumping ship.