PlayerUnknown’s Battlegrounds’ latest map Karakin is the smallest and most competitive in the battle royale yet. Measuring just 2x2km, Karakin is every hot droppers dream, beating all of PUBG previous maps, Erangel, Miramar, Sanhok, and Vikendi, in size. Karakin features a small dusty terrain with wide open areas, underground bunkers, and hidden threats.

The map is built for close-quarters combat and has destructible walls, new bullet penetration mechanics, and new deadly weapons like sticky bombs. The size of the map means you’re more likely to share your drop location with a few others, so arm yourself quickly and prepare to fight. Be aware of black zones though – they’ll destroy your buildings and force you out into the open, where there’s probably someone waiting for you.

So if you’re dying a lot in Karakin or you’re not sure where to start, here are some of the best places to drop to give yourself a better chance of that delicious chicken dinner. 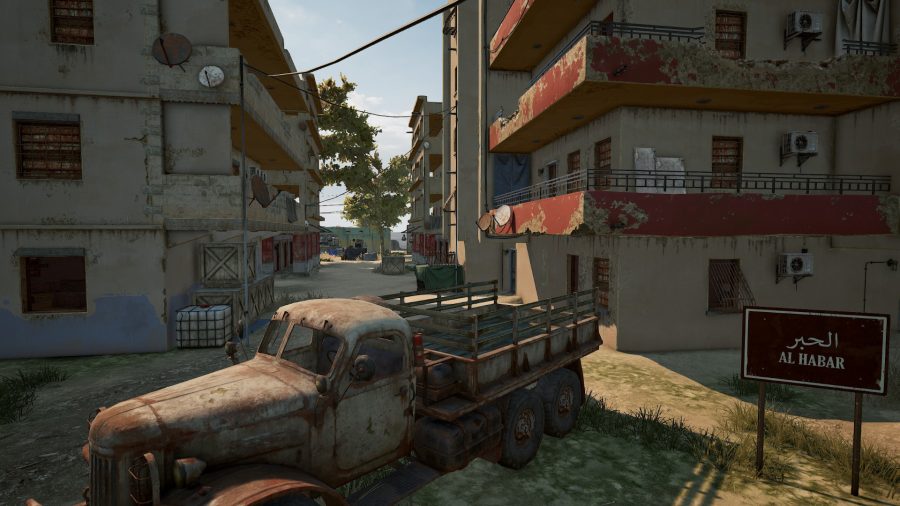 Al Habar is by far the biggest built up area on Karakin. Akin to Erangel’s Yasnaya Polyana, there’s lots of different buildings here that will help you navigate the town’s dense blocks. Apartment buildings and hotels give you an oversight of the town and its sprawling cattle fields, which is advantageous if the blue zone centres itself on you.

The town’s rooftops also have some pretty good gear, but don’t stay up there for long or you’ll be heading back to the main menu quicker than you can say chicken dinner. 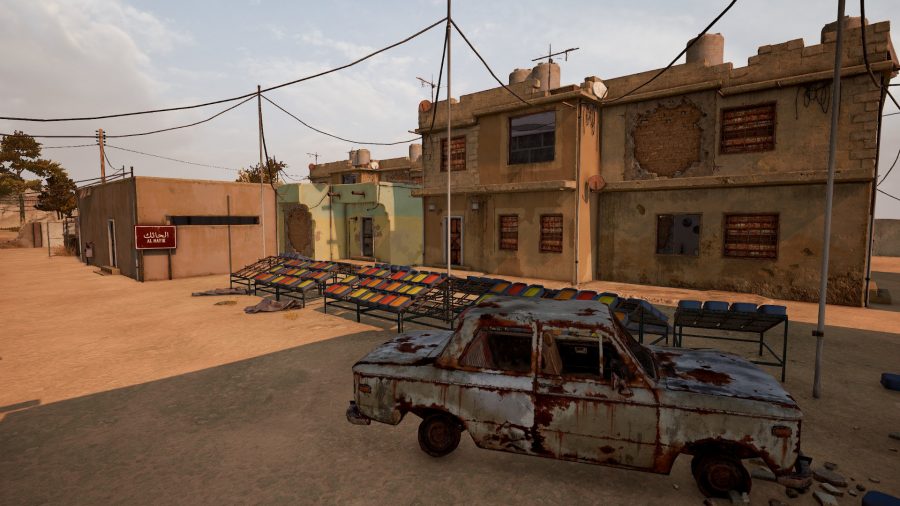 Al Hayik is a colourful market town sits which sits on the south coast of Karakin. As it’s the smallest named town on the map and squeezes several big buildings into a small space, it can often be one of the quieter drops. There’s a few apartment-style buildings here, as well as an industrial area which doesn’t have much cover. Al Hayik hasn’t got the best loot, but you’ll be able to pick up some armour and an SMG without a problem.

As the buildings aren’t very tall, the rooftops are especially exposed here, so try not to drop there unless you’re forced to. 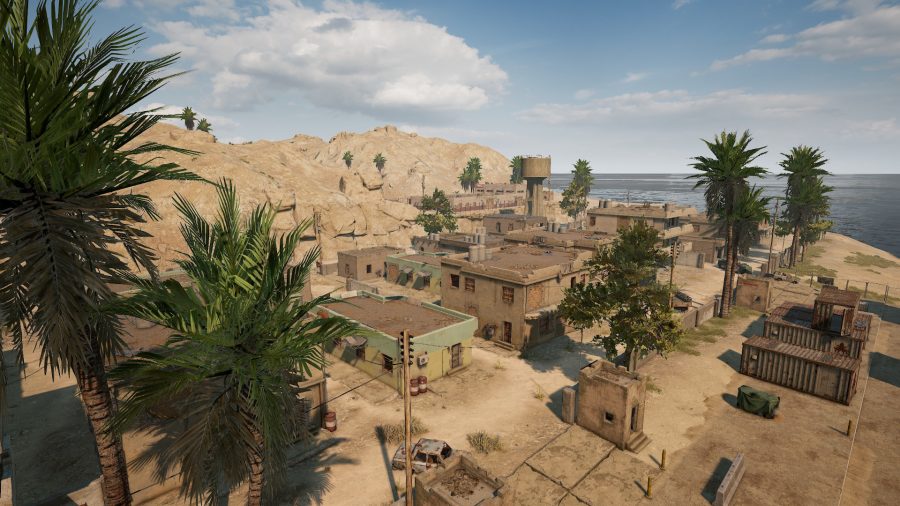 Bahr Sahir is a small port town on the north-west side of the island which effectively has two rows of buildings. It might sound easy to navigate but the buildings have various escape routes that could lead to your demise quickly. The warehouse near the water cooler is one of the best places for loot, but it’s one of the most challenged for areas.

The port area is pretty exposed and doesn’t spawn too much loot, but there’s enough there to protect yourself if things get rough. Just be aware that if you head towards the piers, there’s very little cover for you to hide behind.

If looting up elsewhere and sneaking in is more your style, there’s a few good compounds just outside Bahr Sahir. 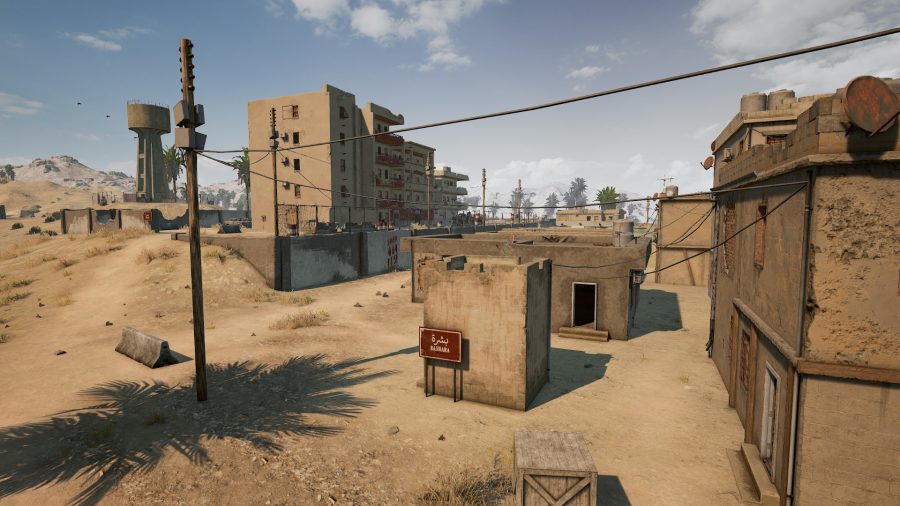 Bashara’s layout is a little bit like Pecado on Miramar. The town, which you can find on the west of the map, has lots of different buildings to zip in and out of. There’s a big apartment building near the water cooler which is great for loot and combat, and a number of smaller buildings lower down that are great for flanking manoeuvres.

The warehouse on the far west side of town is great for a quick drop. It’s sprawling rooms, which have penetrable walls, usually spawn assault rifles and there’s lots of exits if you need to make a quick exit.

Bashara does quite busy though, so if you’re expecting to loot in piece, this drop probably isn’t for you.

Once home to Karakin’s octopus fishing and smuggling industry, the Cargo Ship is currently a deadly drop. If it’s first up on the flight path, expect several other survivors to contend with on board. Head towards the bridge of the vessel if you want better loot, but be careful heading down to the deck as it’s very exposed.

You can also contest the ship by dropping in the small compound just behind the coast but expect to find SMGs and pistols. 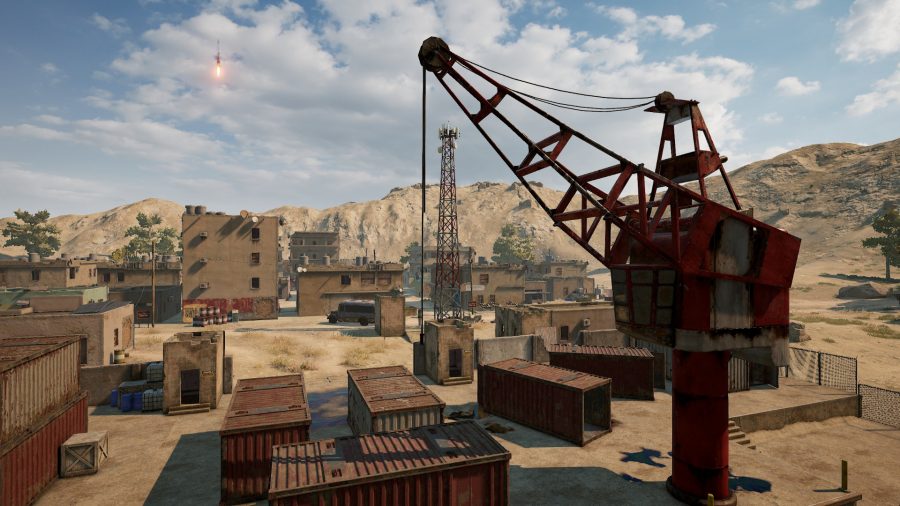 Hadiqa Nemo is coastal area on the east of Karakin island. It’s not the biggest area on the map by any means, but it’s compact layout allows players to sneak up on one another. There’s a mix of buildings in Hadiqa Nemo, some of which you’ll need to use sticky bombs to get into, so make sure you drop near an accessible apartment block if you want to get off to a good start quickly.

Unlike some of the other town’s in Karakin, there’s quite a bit of open space between buildings, so take care when you’re moving around here. Alternatively, head to the pier to get some quick and easy gear if the town is under siege. 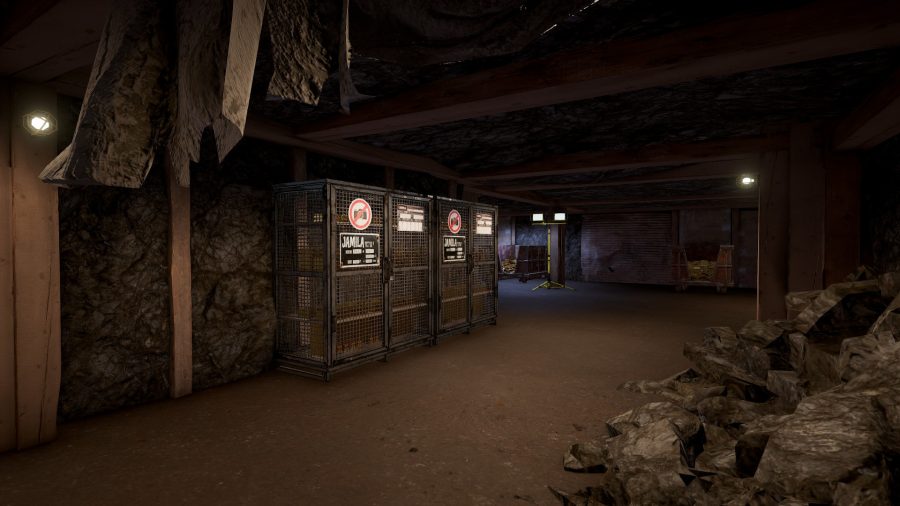 A maze of tunnels lie beneath a number of compounds in Karakin but you’ll need a sticky bomb to blow open one of the many entrances. Once your inside expect to find lots of good loot and level three equipment. Getting into the tunnel system is loud and will probably draw some unwanted attention, but it’s worth it if you’re confident in your abilities to hold your own in small spaces. It’s also a great escape route if you get caught off guard.

There are also some underwater sections in some tunnels, so take a deep breath and dive down under if you want the best gear.

If you get lost in the tunnels, this handy map will get you sorted in no time. A quick rule of thumb though: if there’s an Octopus logo nearby, which signals Karakin’s smuggling faction, there will be a tunnel underfoot, so watch your step. 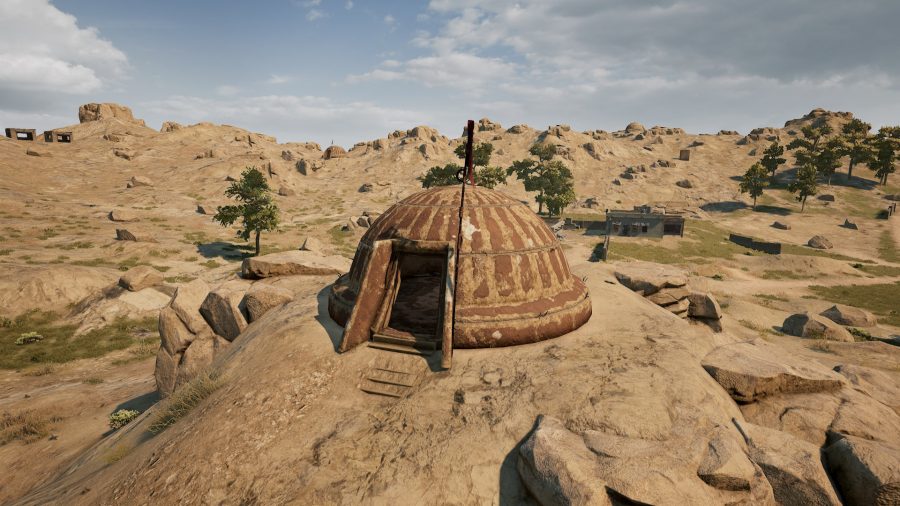 Of course, hot dropping to a named location might not be your thing and if that’s the case, there’s lots of unnamed compounds dotted around the map. Some areas have links to tunnels, while others will only have basic loot. It’s a bit of a lottery at first, but over time you’ll become accustomed to your favourite spots on Karakin and the best ways to navigate the  open landscape. But just be careful, the size of the map means you won’t be alone for long.