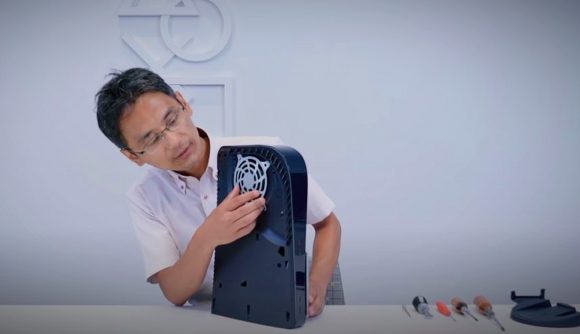 While online system updates for your games console usually just change aspects such as layouts and configurations or add in new features and applications, the PS5 will be able to use them to change the way its hardware actually operates.

As spotted by Eurogamer, Sony’s VP of mechanical design, Yasuhiro Ootori, revealed in an interview with a Japanese gaming website that the PS5’s fan will be able to be optimised over time based on data collected by the console. The amount of work having to be done by the fan at certain points of different games will be gathered and analysed, and future updates will be able to change the way it behaves to optimise it as games become more graphically demanding throughout the generation.

While Sony claims the PS5’s fan will be far quieter than the often deafening one fitted to the PS4, online updates can tell the fan to start working overtime to keep things cool if the console is frequently working hard for long periods.

The fan itself is a bit of a whopper, but this is all because Sony wants it to dish out suitable cooling power without sounding like a fighter jet. The size of it, partnered with this intelligent online update system, should see the decibels come down significantly from the PS4.

It should also mean the console can adapt as the generation more advanced and demanding games for it to process. Hopefully this means some smooth, silent running for some of the best PS5 games of the next generation.