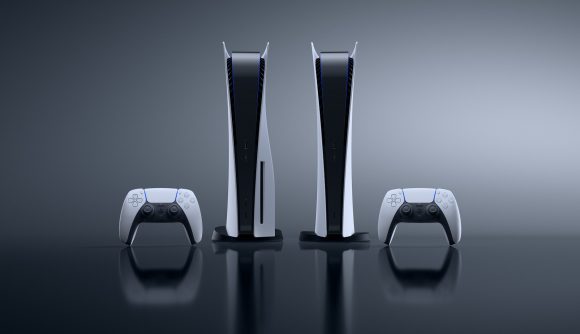 PlayStation 5 owners have reported a bug that prevents them from fully utilising the console’s features when paired with certain Samsung televisions. It seems that the latest Samsung 4K models, including the Q70T, Q80T, Q85T, Q90T, and Q95T cannot run games at 4K/120Hz with HDR turned on.

The issue also seems to affect Samsung’s flagship Q950T 8K set. PS5 players with Samsung TVs began reporting the issue around a week ago, and posted in forums  asking for help and advice. However, despite the TVs being advertised to run compatible games at 4K/120Hz with HDR enabled, a bug means that you have to choose two of the three options, vastly decreasing the graphical capabilities of your new machine.

The majority of Samsung’s QLED TVs have one HDMI 2.1 port, which should be capable of running a game at the highest resolution and frame rate with HDR enabled. Instead, players will have to choose between playing in 4K at 120fps with SDR, or 4K at 60fps with HDR.

HDR is high-dynamic-range imaging, which essentially creates brighter spotlights and darker shadows to create a better and more immersive experience for those watching. However, when players were promised HDR at a buttery-smooth 120fps – which is only visible when the TV is running at 120Hz – it’s inevitably disappointing that they have to sacrifice half of those frames.

John Archer tested it himself for Forbes, coming to the conclusion that the error was something to do with the HDMI. However, players are reporting that the Xbox Series X can run 4K games at 120fps with HDR active on the same Samsung models, so it’s not a TV issue. Similarly, the PS5 can run 4K games at the intended 120fps with HDR on other TVs, such as LG’s OLED sets. The issue seems to be solely between the PlayStation and Samsung TVs.

When the PS5 first released in November, many players had similar issues, but instead had to sacrifice resolution to get HDR working. However, this issue was soon resolved by connecting HDMI cables directly to the TVs and not through soundbars or other equipment. The new issue seems to be another bug entirely, and it does not yet have a fix or workaround – but we’ll update this page as soon as we hear more.

Samsung tells The Loadout that it is “currently investigating” the issues with 4K 120Hz HDR gameplay when a PlayStation 5 is connected to a 2020 Samsung TV.

The Loadout has reached out to Sony for comment.