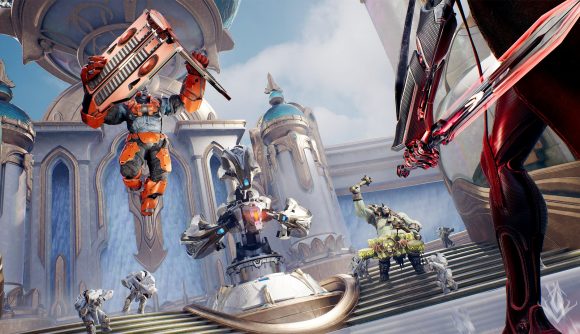 While Epic Games successfully made Fortnite into one of the best battle royale games, its prior attempt to conquer the world of MOBAs didn’t see the same results. Paragon was a third-person MOBA built with the intention of stealing players away from the likes of League of Legends and Dota 2. However, it fell flat, and less than two years after it launched, the developer switched off its servers.

While Paragon’s playerbase was too small to warrant continued support from Epic, it was certainly passionate. So much so that one influencer who loved the game so much took into his own hands to make sure Paragon could have some sort of legacy.

Robbie Singh founded his own company, Omeda Studios, after he and other members of the Paragon community began to resuscitate the MOBA using its publically available assets. But Omeda Studio’s project isn’t going to be Paragon 2.0 – instead it’s a game called Predecessor that aims to provide a unique third-person MOBA experience.

“In Predecessor, there are several game mechanics that set it apart, including a unique item system, hero passives, and in-game quests,” Singh tells The Loadout. “We’re particularly excited about the introduction of in-game quests, which help new players understand the role of their character while also allowing players to craft a unique play style depending on how they complete the quest.

“We’re building a third-person MOBA with Paragon assets – but we’re not rebuilding Paragon. We have been inspired by Paragon just as we have been with League of Legends, Call of Duty, StarCraft, and [any other game]. Naturally, we get compared to Paragon, because we started this process with its assets. However, Omeda’s vision of what a third-person MOBA could be has so far been extremely well-received by the community.” 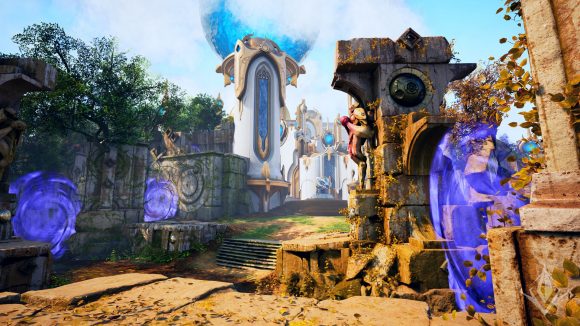 With over 100,000 signups to the game already and a Discord community 35,000-strong, Singh is certainly right on that front. This month, the hype around Predecessor has turned into substantial investment, with Omeda securing $2.2 million in a funding round and Epic awarding the studio a MegaGrant for its work.

The investment is valuable not just to get Predecessor over the line, but to also prevent it suffering the same fate as Paragon.

“We’ve been laying the foundation for the game for quite some time,” Singh says. “Now we’re able to bring on great talent to allow us to ship not only faster but with the quality we hold ourselves to. Players can get excited about the pace [at which we ship new heroes] and the constant stream of content we’re able to push out, which we know is extremely important for a live-ops game.”

Singh is also targeting a niche in the MOBA market for Predecessor by making the game cross-platform between PC and console – something that’s rarely made available in other games.

While it is innovative on the gameplay front and targeting an interesting niche, butting your way into a genre stacked with the likes of League of Legends, Dota 2, and a seemingly endless stream of huge mobile MOBAs, is no easy task. However, Singh says the aim isn’t to necessarily try and poach players from these larger communities, but to “coexist successfully, [based] on our own strengths.”

Judging by the healthy state the community is in already, there’s every reason to be optimistic about Predecessor.

Interview conducted by Aaron Down.