Pokémon Unite is a curious looking MOBA that clearly takes inspiration from the likes of League of Legends and Dota 2. While TiMi Studios has replaced towers with goals and champions with cute, cuddly Pokémon, the game shares one thing in common with its competitors: a ranked mode.

The Pokémon Unite ranks might look and feel a little bit different from the ones you find in other MOBAs, but the premise is still the same: win games to climb the ranked ladder. Pokémon Unite ranked comes complete with its own titles, badges, and point systems, giving players something to grind for as they perfect their top, central, and bottom lane tactics.

But how does it all work? Here’s everything you need to know about the ranked battles mode, including the Pokémon Unite ranks, the class system, and the rewards you’ll be playing for this season.

There are a total of six ranks in Pokémon Unite. These ranks act a little bit like divisions and if you plan on working your way up the ranked ladder, you’ll need to secure enough points to progress through each rank’s class system.

For example, if you want to progress from Beginner to Great, you’ll need to secure enough points to move to the next class.

Here are the Pokémon Unite ranks:

Once you reach Master rank, classes disappear, and your focus should be on winning games to retain your superior status and improve your overall rating. 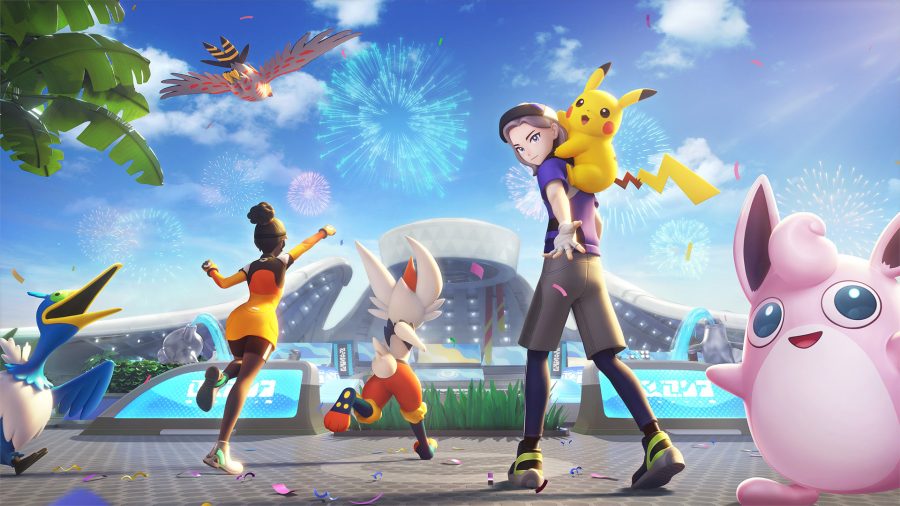 How to unlock Pokémon Unite ranked

If you’ve mastered the basics of Pokémon Unite and you’re looking for a new challenge, Pokémon Unite ranks is the perfect arena to try out your tactics. However, it’s not made available to players straight away.

Pokémon Unite ranked only opens its doors to players who’ve hit Trainer Level 6. This is to ensure you’ve had enough time to get to grips with the game before going toe to toe online. Reaching Trainer Level 6 is pretty easy – you’ll just need to hone your skills in Standard Mode, complete the tutorial, and ensure you’ve unlocked five Pokémon.

You’ll also need to make sure you’ve got 79 Fair Play Points to compete in Pokémon Unite ranked matches. Fair Play Points are awarded to players who complete games without griefing or negative play. You’ll lose points if you get caught going AFK or rage quitting.

Like all good ranked ladders, players are rewarded for their progress in a Pokémon Unite ranked battles season. Along with the experience points, Aeos Coins, and Aeos Energy you accumulate over games, players will be in with a chance of a windfall depending on how far they made it up the ladder.

So there you have it, everything you need to know about the Pokémon Unite ranks. While you’re here, make sure to check out our Pokémon Unite tier list for more tips on who to take into battle.