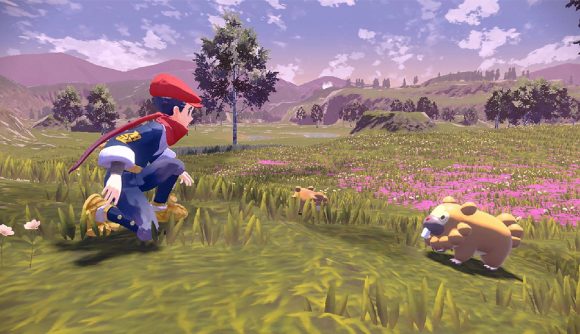 Pokémon Legends Arceus is mere days away from being released and if you are looking forward to seeing what it has to hold you may want to be careful where you venture on the internet. It appears that people have been able to get their hands on retail copies of the game ahead of time.

As such, everywhere from Twitter to forums and Reddit will be awash with leaks and spoilers for the game over the coming days, although we imagine they won’t stay up for long. However, there is still a chance you might stumble upon a new Pokémon you didn’t know was in the game or potentially even gameplay changes that Game Freak has implemented into this new open-world take on the franchise.

The leaks appear to be most prevalent on Twitter, however, so you may want to mute a number of keywords until the game releases for Nintendo Switch on January 28.

This is a rather rare situation where players have been able to get their hands on the game before anyone in the world has. No media previews have taken place for the game and early access hasn’t been available either.

Despite some gameplay trailers detailing how Pokémon Legends Arceus will play, there is still a large aura of mystery surrounding the game, making it one of the most interesting releases in the series for a while.

Looks like those Pokémon Legends Arceus leaks are probably imminent.

Now's a good time to set up any muted words if you want to avoid spoilers etc. https://t.co/ZkHJfglDkT

However, if this represents a radical shift for the series that these players think isn’t enjoyable or fun then these leaks could significantly dampen the excitement ahead of next week. Nintendo is gonna have to catch ’em all to keep the secrets quiet until release.