Pokémon Legends: Arceus is an exciting extension of the Pokémon concept arriving on Nintendo Switch in 2022. Promising players a completely open world which they can roam freely around with their Pokémon, Legends: Arceus looks to take the concept of the Wild Area from Pokémon Sword and Shield and double down.

The game is confirmed to be set in the Sinnoh region, the same region where Pokémon Diamond and Pearl are set. However, Pokémon Legends: Arceus unfolds in “a long-gone era,” which looks to take inspiration from a feudal Japan or medieval setting. With Pokémon roaming as they please and the player throwing ‘olde timey’ wooden PokéBalls in the overworld, the game will be at the forefront of an experimental new generation of Pokémon games.

If you want to find out the Pokémon Legends: Arceus release date, starter Pokémon, or anything else about the upcoming adventure, then you’re in the right place. We’ll keep this guide updated with news, trailers, and all the latest details about the game, so check back to make sure you’re up to date.

Here’s everything we know about Pokémon Legends: Arceus so far:

We’ll likely find out about potential pre-order bonuses or special editions nearer the time, so keep your eyes peeled for announcements on those fronts.

You can watch the Pokémon Legends: Arceus trailer here:

Everything from the landscape to the musical score draws immediate comparisons to The Legend of Zelda: Breath of the Wild, and to be honest we’d be very happy if Pokémon Legends: Arceus came out anywhere near as well as the most recent Zelda instalment.

However, with an old world-feel and a mystery surrounding Arceus at the centre of the story, this very much looks like a Pokémon adventure. It has the potential to blow open the lore of the Pokémon world as we know it, and millions of players are eagerly anticipating diving into the tall grass of feudal Sinnoh.

The starter Pokémon in Pokémon Legends: Arceus are Rowlet, Cyndaquil, and Oshawott. 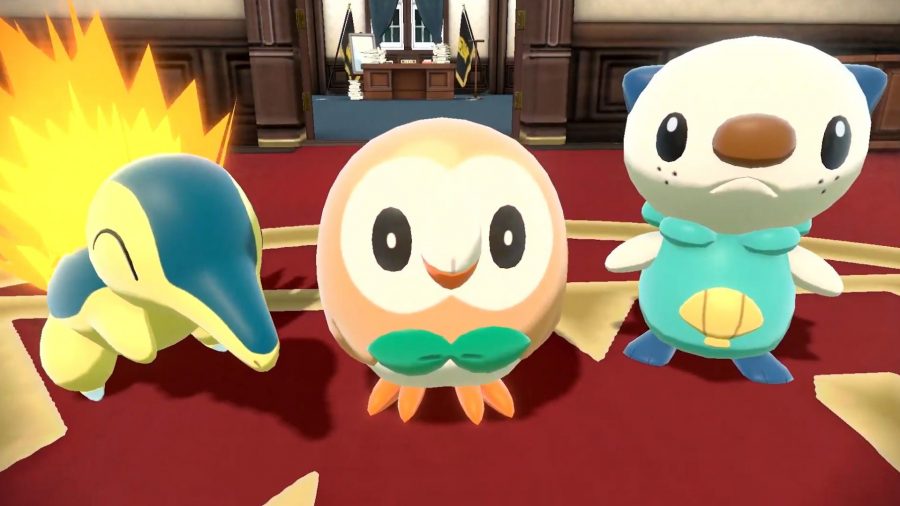 While these may seem like an odd selection, especially as none of these starter Pokémon are native to Sinnoh, we’re sure that the game will explain why this trio has been chosen. Perhaps the Pokémon Professors are starting to discover and visit other regions? Perhaps pre-Diamond and Pearl Sinnoh was home to more Pokémon and a cataclysmic event wiped them out?

The guesswork is fun, but we’ll have to wait until January to know for sure. 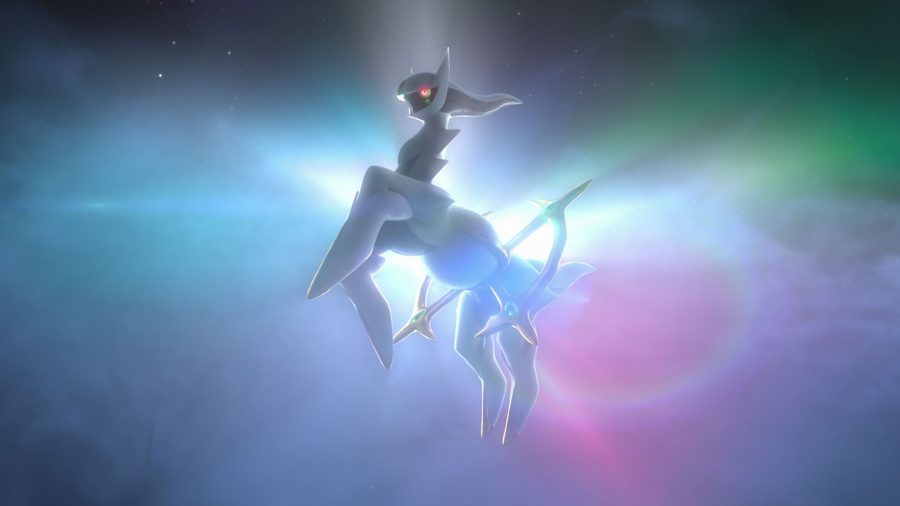 Who is Arceus anyway?

Arceus is the creator of all Pokémon, and “shaped all there is in this world.” Legends suggest that it was born from an egg into nothingness, and that it existed before anything else in the universe.

In-game, Arceus is a legendary Normal-type Pokémon, whose typing changes depending on which ‘Plate’ item it holds. The genderless god can transform to any of the 18 types, making it a powerful attacker for any trainer who can tame it.

Nobody is quite sure how this lore works with regards to Mew, which is known as the first Pokémon, but that’s the problem with legends – they get warped and twisted over the years.

Here’s hoping that Pokémon Legends: Arceus can prove (or disprove) some theories, and shine a new light on Pokémon as we know it.