Without risking becoming too cataclysmic in the opening sentence to a Pokémon GO story, this year is, as you may have noticed, unprecedented. The world has been shaken by the coronavirus pandemic, with entire countries locking down to stop the spread. People have suffered, and so have businesses – especially small, independent places that don’t have big profit margins or wealthy investors to lean on.

But in this time of uncertainty, one hero has stepped forward. Niantic, the developer behind Pokémon GO, announced earlier this year that it would support 1,000 small businesses to help them through the pandemic with a Local Business Recovery Initiative. Last week, support started rolling out to all those businesses, but Niantic specifically highlighted four on its website for their work with local Pokémon GO communities. Out of the four businesses, one was Blitzkrieg Chop, a gender-neutral punk hair shop in Worthing, UK.

Seeing as Worthing is a short train journey from my house and the other three locations were scattered across different continents, I went to chat to the shop’s owner, Danielle Jeffery, to get the lowdown on what kind of Pokémon events she runs, how the pandemic affected her business, and what support Niantic is offering. Oh, and I got a quick trim, too.

Jeffery has been a Pokémon GO player since day one – and has been organising events for the local community in Worthing since before her hair shop had even become a realisation. 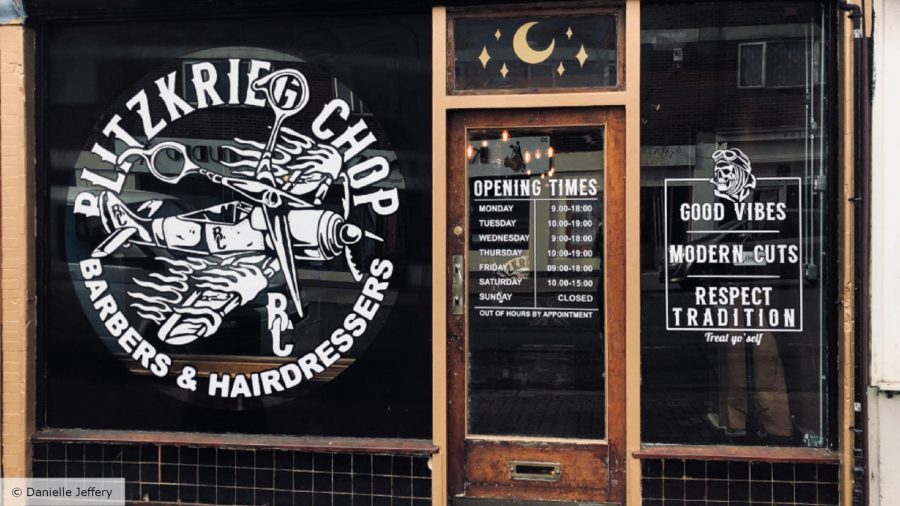 “Me and my best mate set up the first Worthing Pokémon GO Facebook group when the game first came out,” she tells The Loadout. When the hair shop opened, it was the obvious place to launch more events for the Pokémon community in the small town. “Early on, we did a couple of meetups and trading events, but a lot of that’s been stopped because of COVID. We tried looking at doing an event for Pokémon GO Fest [an in-game event available to players worldwide in July] but again, because of COVID cases going up and down, we decided that it probably wasn’t the best thing to do.”

The virus, like with many of us, has infiltrated every aspect of Jeffery’s life, from her hobbies to her work. “We were closed for three months – 104 days – in lockdown,” she says. “We only opened in August last year, and then closed in March.

“We lost everything so quickly, and then to come back and get the nomination – it was really cool that our clients thought that we were worthy of that.”

We lost everything so quickly

It is clearly Blitzkrieg Chop’s inclusive nature that provides its clients with such a positive experience. Prices are set so that you’ll pay the same regardless of gender because, as Jeffery points out, some women have short hair and men, especially in punk, alternative and self-confessed nerdy subcultures, often have long hair. But she believes the shop’s inclusivity is reflected in Worthing’s Pokémon GO community.

“I’ve got girls and guys my own age who come in and play, we get fathers and sons who sit and play while they’re waiting to get their hair done. It’s nice that something crosses all spectrum of people.”

It would have been a missed opportunity not to battle the shiny new gym that Niantic installed at the hair shop’s location – it is, after all, sponsored by Blitzkrieg Chop at no cost to the business. 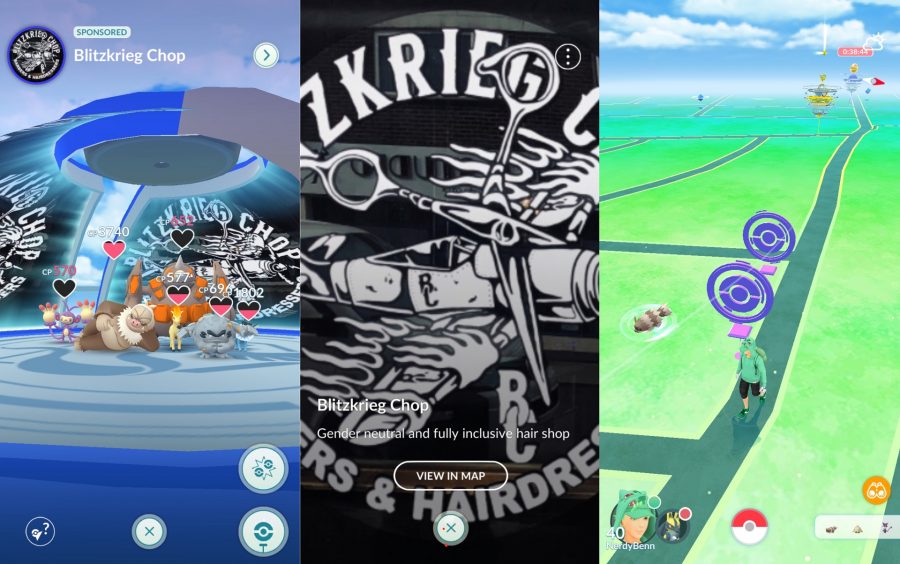 If you’ve been to America or Japan, the concept of a sponsored PokéStop will be well-known to you. The likes of 7/11 and McDonald’s have paid for sponsored stops at every franchise location, which have custom photos and descriptions. Some even advertise exclusive deals, to keep a Big Mac at the forefront of your mind while you’re taking down a Mewtwo.

However, these sponsorships usually cost around $2 a day, which prices out many businesses, especially small, independent ones. But the Local Business Recovery Initiative has offered 1,000 businesses a year of sponsorship free of charge, in a bid to drive more footfall through their doors.

A cracking read: How to get Pokémon GO eggs

Currently, some features of sponsored stops are disabled for safety reasons. Usually, a sponsor would be able to schedule raids to attract players at particular times, or for events they are running, but the feature doesn’t work at the moment to prevent large groups of players converging and spreading the virus. At the end of the month though, Niantic promises to review the situation with regards to the pandemic. However, as England descends into further lockdowns, it seems unlikely that Jeffery will see any changes.

It’s hard to tell whether the initiative has achieved its goal of actually helping the business at such an early stage, but Jeffery is confident that it’s getting the hair shop noticed at the very least. “The main aim is that people become aware of us,” she says. 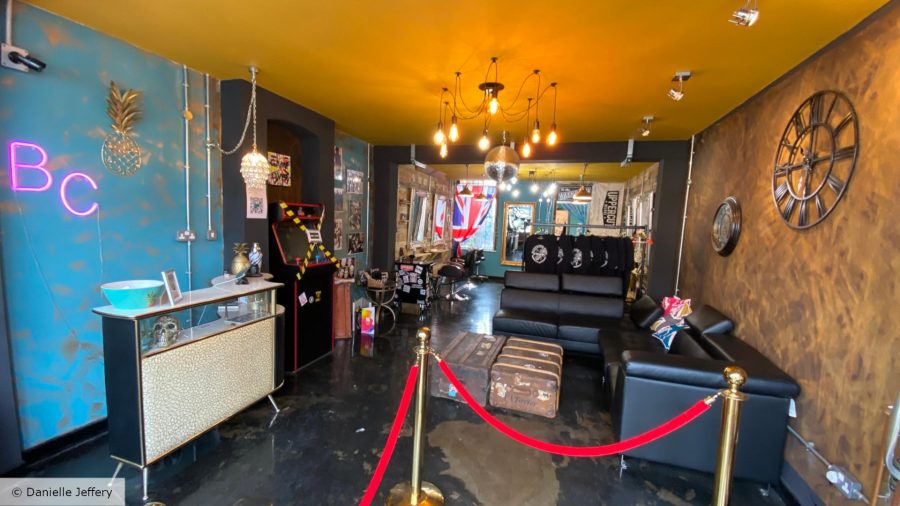 After all, in a relatively small town like Worthing, a new gym is a big deal. The town has a smattering of PokéStops – mostly marking Edwardian post boxes – so an opportunity to earn more coins and battle in more raids is incredibly popular among the players. At the time of interviewing, Jeffery was seeing around 20 players interact with the gym a day, a trend that was slowly going up.

As for converting this into customers, Jeffery doesn’t really know how the scheme will fare. But at the moment, she’s just happy that her current clients have a new gym to battle while getting their trim – and that Blitzkrieg Chop’s logo is visible for all of Worthing’s Pokémon GO community to see.