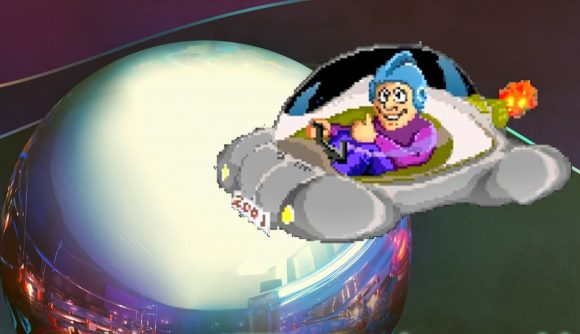 Pinball FX is known for its dazzling array of big-name IPs, everything from Star Wars and Marvel to My Little Pony and Family Guy. In fifteen years, Zen Studios has established quite the roster, but when talking to COO Mel Kirk during an interview, it soon becomes apparent there was a singular white whale that perpetually eluded the company’s ambition.

After broaching the topic of our own dream pinball crossovers, I felt compelled to ask Kirk about an internet-age favourite — Space Cadet, aka, 3D Pinball for Windows. We had discussed videogames as pinball, and we had also discussed pinball as videogames, but I wanted to know if it was possible that we might see videogame pinball in a videogame about pinball.

“So a lot of these games, they send you on a wild goose hunt trying to figure out where the rights lie,” Kirk replies, a touch of weariness in his tone. “I spent two years trying to track down the rights to Space Cadet pinball. I got to the ends of every road; completely dead-ended.”

To be honest, I was stunned that Kirk had an answer for this at all, let alone spending two years actively trying to make this strange dream a reality. Granted, the potential was massive, and the memes from the reveal trailer would truly be momentous. It has all the makings of a true internet moment, so perhaps that goes some way to understanding why Kirk and his team have worked so hard to make it happen.

However, it appears the white whale may already have bested our Ahab. “I don’t think it’s possible to bring that game back,” he admits. I felt a great disturbance by this news, as if suddenly millions of memes cried out and were suddenly silenced. “All the people that hold the decisions have my phone number, my e-mail, and they can contact me at any time. Happy to talk to you.”

Kirk then recounts a similar story he had getting the rights to the Williams’ Indiana Jones table, currently featured in the updated Pinball FX. “It took over three years to figure out all the rights, and believe me, I hit that end where I felt this game is never going to come and I’m never going to be able to digitise it. Sometimes pinball miracles can happen.”

In an attempt to completely ruin my comparison to Moby Dick, it turns out our Ahab already had a white whale, and indeed caught him in the end. I detected a little hope in Kirk after recounting his success with Indiana Jones. “We made Indiana Jones happen, so if we made Indy happen, maybe one day Space Cadet can happen.” Pinball miracles, indeed.

The Loadout’s full interview with Kirk will be releasing on June 18. We’ve also already talked to him about his ambitions for pinball esports, and the ten-year plan he has set out for Zen Studios.