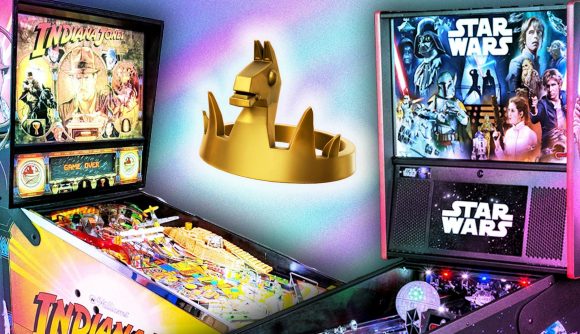 As a series, Pinball FX has been running for 15 years, a feat The Loadout was keen to discuss with Zen Studios COO Mel Kirk as he and his team rally towards this year’s next big entry. In a big feature to come later this week, Kirk talks about the past and the future of Pinball FX, but one of the most interesting parts of Zen’s ten-year plan is the studio’s step towards esports.

“We’ve got a ten-year roadmap on what’s going on right now with pinball,” he tells The Loadout. “We have grand ambitions still, even though we’ve been doing this for so long.”

Zen has a history of constantly innovating and its roadmap certainly doesn’t shy away from that. Although one of its new concepts, Pinball Royale, has already been announced, new game modes like this will help pave the way into a new, more competitive genre. “We’re trying to work out what [Pinball Royale]’s going to be and what that looks like,” Kirk says. “We’re trying to see what [makes for] a crazy real-time multiplayer pinball experience, where you start with a bunch of players and you end with a pinball wizard.”

While it might sound as if Zen has yet to solidify its plans for Pinball Royale, that’s far from the case. There’s plenty of work going on behind the scenes with a potential partner.

“There’s going to be an IP associated with Pinball Royale,” he says with a grin. “Something very exciting has developed that we weren’t expecting, we just showed it to a potential partner just on a whim and they said ‘oh we love this, we want to be a part of it.’

“That’s part of the reason why it hasn’t come out [yet].” Apparently, when you’re developing a pinball table, it’s not as easy as just slapping some art on a table and calling it a day. “I think it’ll make the game more appealing day one to the people who will say ‘oh, I recognise that’. Hopefully, they’ll give it more time and thought [with the IPs inclusion], rather than if it were something they didn’t recognise from anywhere.”

And all of this is being done with esports in mind. “Pinball Royale is a step in that direction — it’s in the ten-year plan I was talking about,” he continues. “Esports has definitely got its own section in the plan because pinball is really competitive – that’s what’s kept it alive!”

So there you have it, pinball and esports in the same sentence, who would have thought it? Now, we just have to wait and see what Zen Studios magic up.