In a shocking announcement made late yesterday evening, Microsoft’s premier studio, The Initiative, announced that Square Enix-owned developer Crystal Dynamics would be brought in to help with the development of Perfect Dark. The Initiative, which was founded in 2018, was touted as Microsoft’s triple-A developer, tasked with making groundbreaking Xbox-exclusive games that would rival Sony’s in-house titles such as Uncharted, God of War, and The Last of Us.

Now, just three years after The Initiative’s founding, its reboot of the beloved Perfect Dark series looks like it is in more than a little bit of trouble. In fairness, the writing has been on the wall for several months now. Drew Murray, a co-founder of The Initiative and lead designer on Perfect Dark, left the studio in February 2021, shortly after the game was unveiled at The Game Awards with a vague CGI trailer.

Murray said his departure was down to personal reasons, and while that may be the case, The Initiative hasn’t been spoken about in the same reverence since Microsoft announced its inception at E3 2018.

With the news that Crystal Dynamics is being brought on, a studio with more than 300 developers, it suggests that Perfect Dark has some pretty big problems behind the scenes. I can’t think of another situation recently where a studio owned by a completely different publisher has been brought on to assist with developing a game this early.

We have seen support studios come in and help out with Microsoft games before. Sperasoft actively helped out with Halo Infinite’s development, for example. But, this announcement is different. The Initiative has a lot of history with Crystal Dynamics, as co-founder Darrel Gallagher previously worked at the Square Enix studio to reboot the Tomb Raider franchise, which much like Perfect Dark’s reboot, was an action-adventure game that aimed to modernise a classic franchise.

The teams couldn’t pass up a chance to work together. We’re still early in development, but incredibly excited to use this unique opportunity to deliver on the vision for Perfect Dark!

Pair that with the fact that the studio says it is still in “early development”, and it insinuates that some major parts of the game’s development just isn’t going to plan. It is clear the fundamentals of the Perfect Dark reboot haven’t been established yet when it comes to gameplay systems and mechanics. Maybe the team’s first game is just too ambitious for them. But right now The Initiative’s Perfect Dark is not the top tier triple-A game Microsoft wants it to be.

Microsoft and The Initiative’s choice to call Crystal Dynamics for backup is a smart one when you consider the type of game Perfect Dark is. I see this decision as a masterstroke, and one that suggests that Microsoft is incredibly invested in ensuring Perfect Dark is a success, both as a premier first-party Xbox game and as a modern reboot.

By not bringing in a team in the Xbox Game Studios family, it is clear that Microsoft isn’t looking at Perfect Dark as a game it needs to get out of the door – it needs to be a game that draws people to Xbox, and more importantly, Game Pass. And there is no better studio to reboot a series from the ground up than Crystal, who has done it all before. 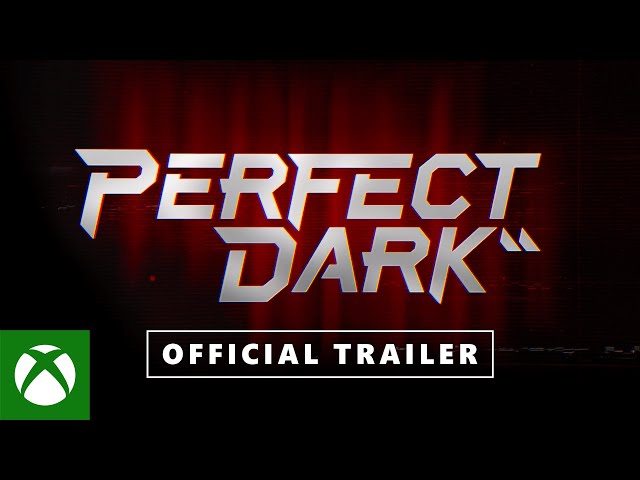 My initial reaction to the news last night was one of worry. It is never good when a seemingly unrelated support studio is brought on to play a major part in the development of a big-budget, triple-A game. But, after stewing on it, I think Microsoft is making the right decisions to ensure that when Perfect Dark releases, it is the best it could possibly be.