Overwatch still largely stands in a league of its own. The objective-based hero shooter remains one of the most watched competitive games, and there’s little else like it on the market. But you don’t have to be an Overwatch League pro to get a taste of the competitive action – anyone can hop in and test their mettle in Overwatch’s ranked mode.

Overwatch 2 might be on the horizon, but why wait until then to jump in and ‘get good’ when you could get a major leg up on the current offering? It will certainly get you well prepared before that all important Overwatch 2 release date.

However, if you are new to competitive Overwatch, and want to see what has kept the user base active since 2016, it’s a great time to get involved. Here’s all the information you need for your ranked journey in Overwatch, including how to get start, how your rank is calculated, and much more.

How do you get placed in Overwatch competitive?

So, you just bought Overwatch and want to jump straight into some competitive ranked gameplay.

Well hold your horses there, pal – Overwatch wants to make sure you know what you are doing first. You’ll need to spend a significant amount of time with the characters in other modes before the game will let you into ranked games

To be eligible for the competitive playlist you’ll need to get your account to Level 25. This is not an insignificant amount of time, and there aren’t many tricks to this either – you simply have to play Overwatch. Quickplay will give you the best experience and ready you for competitive play, though you also get experience from the Arcade modes. 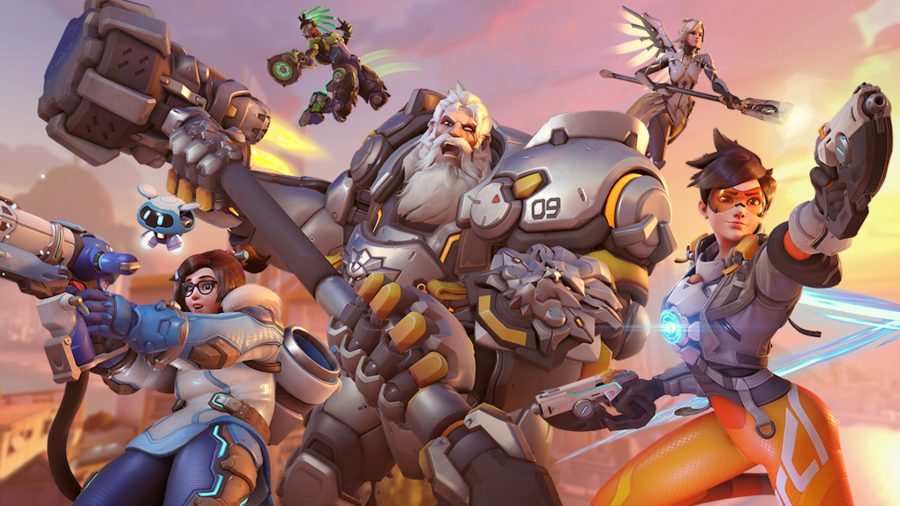 You can get a 20% experience bonus when playing with other players in a group though, so if you can rustle up a friend to help you, you will get there much faster.

Once you are at Level 25, you can finally get going. You will play five placement matches for each role in Overwatch: tank, DPS, and support. Depending on how you do in that, as well as your performance in quick play up until that point, the game will do the maths and give you an SR-based rank.

What is SR in Overwatch?

In ranked Overwatch, everyone has a skill rating, or SR. This essentially is an approximation of how good the game thinks you are. You will learn to live by these numbers as they dictate everything in your competitive experience.

It will decide your rank, but also the quality of players in your games. The matchmaking will heavily rely on player SR to make teams. Most of the time, you’ll only be matched with players within a couple of hundred points of yourself.

If you want to get into a higher rank and face a better calibre of player, you will have to prove to the game that you can hang in tougher matches by repeatedly beating players in the rank you’re currently in. 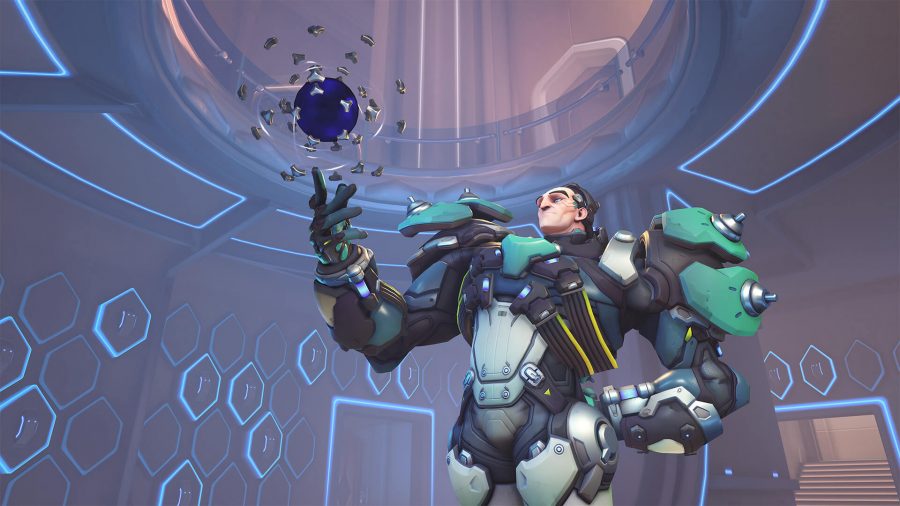 Why do I have four different Skill Ratings in Overwatch?

If you are returning to Overwatch after some time away, this might be a confusing development. In the past, players just had one SR tied to their account, no matter what role you played.

That changed when role queues were added to Overwatch in 2019. While the game used to be free-flowing and players could swap between DPS, support, and tank roles on a whim, games could end up being filled with six DPS players trying to tussle their way onto their hero of choice.

Related: Our Overwatch tier list of the game’s best heroes

Now the game works in a more rigid 2-2-2 format (referring to 2 tanks, 2 DPS and 2 supports.) Players now have an SR for each of those roles, meaning if you are an excellent tank but terrible DPS, you will have two different numbers to reflect that as opposed to one being affected by both.

There is also a fourth SR rank. Due to some players missing the older ways, Blizzard added an Open Queue back into the game not too long ago. This mimics how competitive used to be played, so you will not be locked into a role.

What are the Overwatch ranks?

These are the eight ranks in competitive Overwatch:

As you can see, SR really does dictate everything to do with competitive play. The only way to get out of your current tier rank is to gain SR – and quite a lot of it.

Each bracket is separated by 500 SR each so you’ll need to overcome these thresholds to climb.

As you can see, Top 500 doesn’t have an official SR bracket. As should be self-explanatory, this pseudo-rank is reserved for the top 500 players in a region. This is ever-changing as players attempt to outdo each other by earning more SR. 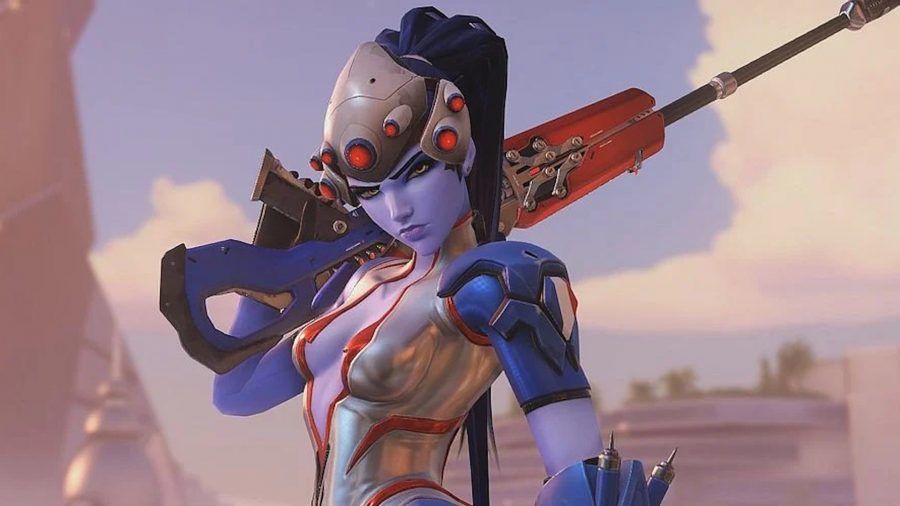 The distribution of ranks in competitive Overwatch is important information to know, as you can base how well you’ve done against the rest of the player base. So how many people tend to reach each rank in Overwatch?

Well, we don’t know exactly as Blizzard doesn’t share that information regularly. However, the best indication we have is a post from creative director Jeff Kaplan in 2018. In it, he gave a breakdown of the number of players in each tier.

The 2018 rank distribution in Overwatch was:

As you can see, the majority of the player base exists in Silver, Gold and Platinum. 78% of all players are shared between those ranks.

A good goal to start you off is to try and reach Platinum if you’re not there already. Doing so will put you in the top 39% of the competitive player base. Players will be more likely to have situational and compositional awareness as well and are more likely to talk in voice chat, which can make or break most matches in such a team-orientated game.

Again, these stats are from 2018 so they aren’t an exact reflection of today’s rank distribution. However, even with role queueing being added since then, it’s a good indication of how Blizzard wants the player base to be split up, so it’s at least a good reference point. 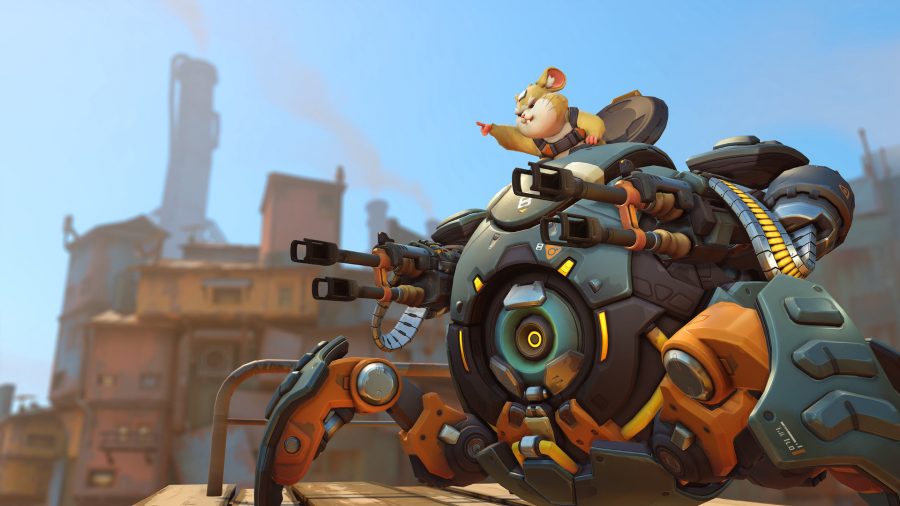 How do you gain SR in Overwatch?

When it comes do gaining SR and climbing the Overwatch ranks, there’s one thing you need to do: win.

In most ranks, a win will generally give you around 20-30 SR. A loss will set you back around the same amount.

While many might insist that getting consecutive wins will help you climb at a faster rate, this is actually not true. Not any more, anyway. When Overwatch first launched you could fly up the ranks if you were on a hot streak, but the feature was removed years ago as players were boosting other players out of their deserved rank and it was a little too easy to abuse. 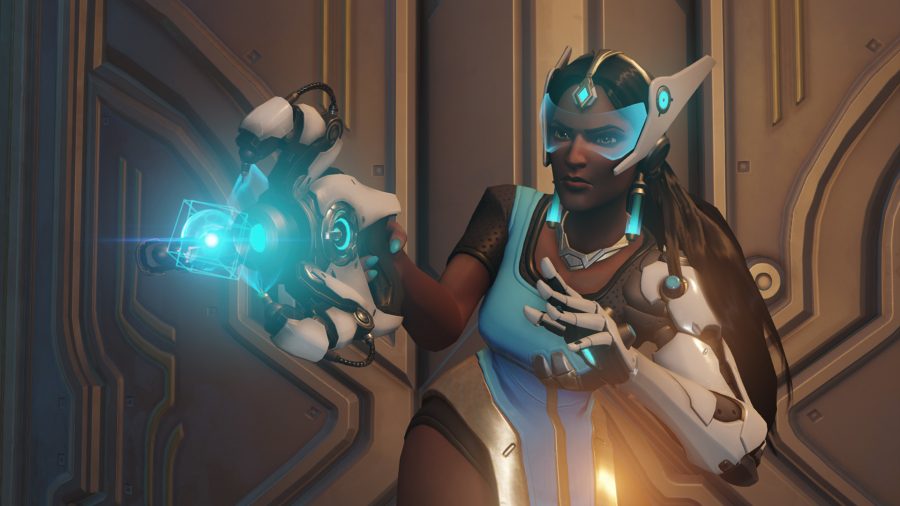 Why do I have to play my Overwatch Placement matches again?

Competitive Overwatch works on a seasonal rotation. These seasons are around two months long and make sure your play is contained to a snapshot of time. You can look at your stats from previous seasons and start to compare your performance to see if you are improving.

At the start of each season, you need to play your five placement matches again.

Every competitive Overwatch player will receive rewards at the end of each season. Depending on the highest SR you reached in that season, you will get a couple of rewards (yes, that means if you eeked it into Gold but then fell down the ranks back to Silver after, you will get rewards from Gold tier).

You will get both a player icon and spray dedicated to the season so you can show players you participated, but more importantly, you get Competitive Points. This is a unique currency that is used for one thing: golden weapon skins.

You earn Competitive Points for every win and draw you get in the competitive playlist, but you also get a pay-out at the end of the season.

Here’s how many Competitive Points you earn at the end of a season, depending on your Overwatch rank:

That points breakdown is per role, so say you finished in Gold playing tank, DPS, and support, you’d get 300 Competitive Points.

If you place in Open Queue you will get a lot more too. They breakdown like this:

Once you have 3,000 competitive points, you will be able to buy a golden weapon for one hero in the game to flex your ranked prowess.

When does the current Overwatch season end?

Season 27 of Overwatch is scheduled to end on May 6, 2021. That’s barring any technical issues, which did affect this season’s launch by a few days. 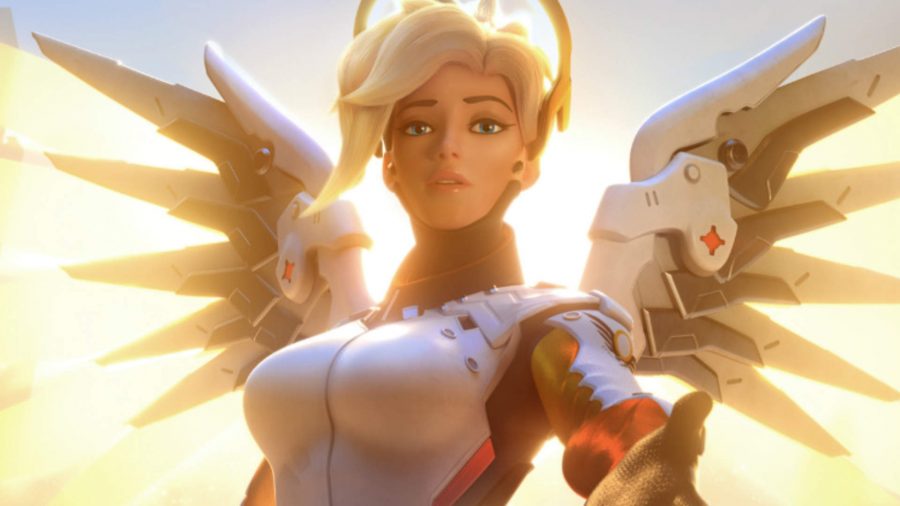 What is a Priority Pass in Overwatch?

While not explicitly tied to the competitive playlist, Overwatch Priority Passes are worth being aware of as they affect your role queues.

Priority Passes are a relatively new addition to the game that intend to smooth the curve on the demand to play DPS. Before their addition, it was not rare to wait upwards of 10-20 minutes to play a game as a DPS hero due to the inflated player pool when compared to support and tanks. Priority Passes essentially put you at the front of a queue to play the DPS role.

You can hold up to 40, but to earn more you will have to play some games in the priority queue function. This will place you into a game in any role. Almost always this will be as a tank or support. If you win or draw the game you will get considerably more passes too, so, try your best.

Priority Passes are available in quickplay too, but competitive and quickplay priority passes are not shared. That means you can’t just farm them in quickplay and bring them into competitive. If you don’t want astronomical wait times to play DPS, you are going to have to get your hands dirty with some other roles.

So that’s everything you need to know about climbing the ranks in Overwatch’s competitive mode. It’ll be a long, hard grind, but maybe someday you can earn that Grandmaster badge.

Patrick Dane's an avid Destiny 2 and Overwatch player who loves to get a little competitive from time to time. He's also a die-hard Houston Outlaws fan.