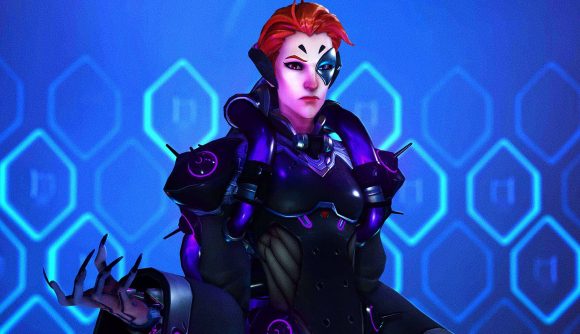 Blizzard had already confirmed that Overwatch’s roster of playable heroes would be changing somewhat by the time the upcoming free-to-play sequel rolls around, but the latest set of Overwatch 2 beta patch notes that explain the new Moira changes and ability rework are a little confusing. Why? Well, she’s not only being nerfed but her Orbs are also going to perform a little differently from now on.

Unlike Moira’s original damage-dealing Orb, this new Necrotic Orb is going to be a straight-line projectile that explodes in a three-metre radius upon contact with any enemy or the environment itself. This will deal 40 impact damage and 10 explosion damage, rather than the constant health-drain we’ve seen from Moira’s damage-dealing Orb before.

Adding to this initial damage, anyone affected by the Necrotic Orb’s explosion will get the “Weakened” status effect for four seconds. This will reduce all damage dealt by that player by 75% – which could be a useful tool in winning a team fight in a tightly-contested spot.

Explaining the need for all of these unusual Moira changes, the Overwatch 2 beta patch notes themselves include a note that highlights the fact that “Moira’s strengths lie in her extreme survivability, high healing throughput, and consistent damage output, but other supports have at least one utility option or play-making ability.” So, in an effort to remedy this and bring her in-line with other Support heroes, Moira should be able to disrupt enemy teams in a much more impactful way.

This, however, has led to Blizzard introducing what is being described as a “compensation nerf” to balance her. The self-healing she receives from Biotic Grasp has been decreased from 24 to 20 per second and Fade has an increased cooldown of 7s. These might be minor changes on paper, but they’re undoubtedly going to have an impact on Moira’s effectiveness going forward.

Wondering how this will change the emerging meta? Well, you can check out our Overwatch 2 tier list here and read more on all the Overwatch 2 maps that will be available at launch right here.