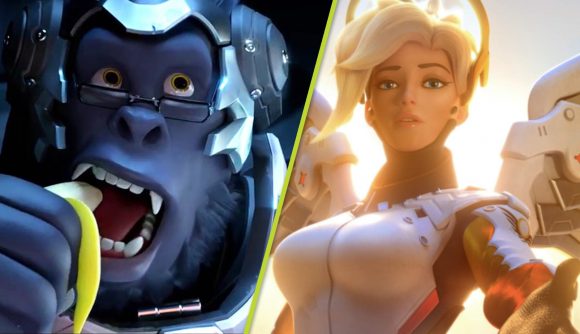 The Overwatch 2 beta is right around the corner, but it’s taken Blizzard six years to get to this point from the release of the original game. Fans have waited with eager anticipation, and it shouldn’t come as a shock to anybody that zeal for Overwatch 2 is waning as the wait for its release has become perpetual, with information about the sequel thin on the ground.  A new interview, however, sheds light on why it has taken so long to get the game in players’ hands.

Speaking to USA Today, lead hero designer Geoff Goodman and senior hero designer Brandon Brennan discusses what’s been going on behind the scenes, why the game was delayed so long, and how the team feels about it. “We talked about how we were going to, on the production side, develop Overwatch 2 alongside Overwatch,” Goodman says. “Maybe we have to chill out on Overwatch but that will let us come out with Overwatch 2 faster – ripping the band-aid off kind of deal. We lose some of the updates, but we get the big splash.”

According to Goodman, a significant reason for Overwatch 2’s delay is because of the interconnected nature of the game’s heroes and abilities, and their necessary sequel rework. “It’s like we can’t even break out of this and try to take a piece of the game and throw it on live. It just doesn’t work. It’s unfortunate.”

But it isn’t just the players who are annoyed at how long it’s taking to get Overwatch 2 into the wild. “I think the whole team was kind of upset and annoyed a bit with the timing of how everything got delayed,” Goodman says. “There were a lot of reasons for it, it wasn’t just one thing. we kinda rallied around this release date, getting PvP out there, getting back to form, getting content in people’s hands.”

Another reason for delaying the game is production costs, as Goodman explains. “It is a pretty constant topic for everything in the game, actually, production costs. I mean, Blizzard is not really a studio that is shackled to dates, but that doesn’t mean we’re completely free from all concerns of production costs and time.”

The last reason for Overwatch 2’s delay is the tumultuous times faced by the company, with sexual harassment lawsuits being levelled against it and key figures like Jeff Kaplan leaving the development team. “I think we really, on our team, we really felt… we were just really affected by it,” comments Goodman on the workplace culture. “Straight up, a lot of people left. I totally get it, I totally understand where they’re coming from. Morale, y’know, it takes a big hit.”

“I would just go on to say that my joining of Blizzard Entertainment – 10, 12 years ago whatever it is now – was in large part due to the old interviews and discussions Jeff Kaplan would have about World of Warcraft and how inspiring I found those,” Brennan says on Kaplan’s departure from Blizzard in 2021. “He was a big reason why I pursued a career at Blizzard. To see him leave – it hurts.”

Even though the Overwatch 2 beta is coming in mere days, there is still no release date for the full game.