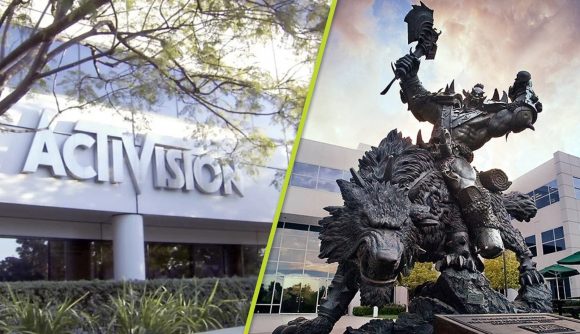 A sexual harassment lawsuit brought against Activision Blizzard by a branch of the US government (US Equal Employment Opportunity Commission) has ended after a judge approved a settlement of $18 million.

According to the Washington Post, the settlement allows anyone working at the company since September 2016 to file a claim if they believe they were a victim of sexual harassment, unfair retaliation, or discriminated against due to pregnancy. Nicole St. Germain, a spokeswoman for the EEOC, indicated that the organisation is pleased with the settlement’s outcome.

There is one issue that presents itself because of this settlement, and that’s that anybody who submits a claim to settle via the EOCC waives their right to be able to claim in the other ongoing lawsuit brought against Activision Blizzard by the California Department of Fair Employment and Housing (DFEH).

This certainly presents victims with a conundrum, as VGC reports that as far back as last year, a union representing a number of employees stated that an $18 million settlement would be woefully inadequate.

Activision Blizzard CEO Bobby Kotick, who has been the focus of much criticism surrounding these events, made a statement about the settlement via press release. “Our goal is to make Activision Blizzard a model for the industry,” Kotick says. “And we will continue to focus on eliminating harassment and discrimination from our workplace. The court’s approval of this settlement is an important step in ensuring that our employees have mechanisms for recourse if they experienced any form of harassment or retaliation.”

These lawsuits began in July of 2021, when the California’s DFEH accused Activision Blizzard of having a “frat boy” work culture that perpetuated sexual harassment against women. The DFEH lawsuit is still ongoing, but how many individuals settle via the EOCC settlement may affect what happens going forward.