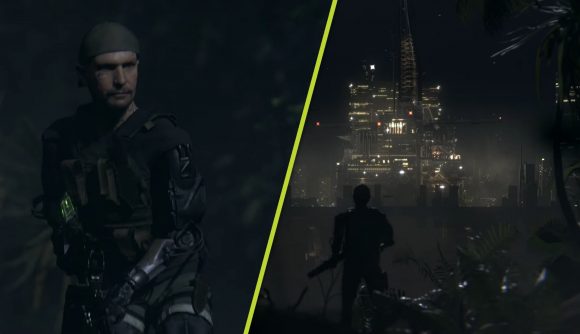 The battle royale genre has found itself needing to innovate in new ways after the success of games like Fortnite and Warzone. And, a new competitor could be looking to do just that. Just announced, Off The Grid is a 150 player battle royale that boasts some impressive developer talent behind it, including director Neill Blomkamp.

The game, which is in development at the newly formed Gunzilla Games, is set to release on PS5, Xbox Series X|S, and PC in 2023 and has a lot of triple-A developers and high profile creatives working on it. These developers include Olivier Henriot (Far Cry, Assassin’s Creed), Richard K. Morgan (Altered Carbon), Jess Keteli (Gears of War, Hunt: Showdown), and Timur Davidenko, who led the development of CryEngine.

As mentioned, the game will feature large 150 player matches, with a map that features AI enemies and other players, as well as “storyline missions”, Gunzilla said in a press release.

In the same press release the game was described as having a “deep narrative structure” that will let players “craft, customize, and trade their in-game items with each other” as players  fight to survive the “covert corporate battles of the future”.

Blomkamp also describes the game as “battle royale 2.0”, featuring an evolving world “designed to take on a life of its own”.

While the descriptions all sound very exciting, all we have to go on right now is a very brief teaser trailer that shows the cyberpunk city Off The Grid takes place in and a character with prosthetic arms and legs.

We will have to wait and see what Off The Grid’s gameplay is like to get a proper idea of how it plays and if it really is the 2.0 version of the battle royale genre. But for now, the game’s setting and the premise sound like an exciting, deep, futuristic take on the genre.